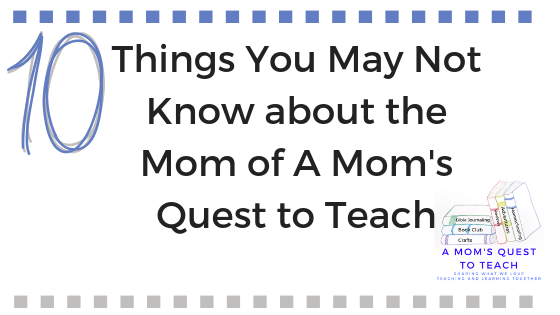 Reptiles, Birds of Prey, and Goats, Oh, My!


I have mentioned before that I worked at a zoo. During my tenure at the zoo, I volunteered with the Development Department, Marketing Department, and Education Department. I also was on the staff for many years as an education substitute and then full time as a classroom educator. For a few short months I had the pleasure of helping to take care of the Children Zoo's goats and sheep (and I loved every minute of it!).


While working in the education department, I helped take care of our reptiles and amphibians. This meant everything from daily care (cleaning cages/terrariums) to feeding (which might be only bi-monthly for some of the larger reptiles). I also helped write and design lesson plans and curriculum with some of the best people.

Go Boldly into a Galaxy Far Away...with Unicorns and Elves


I have been a fan of the science fiction/fantasy genre of books, television, and movies for quite a long time. My love of sci-fi/fantasy might have started with my mom introducing me to Star Wars helping me be Princess Leia from The Return to the Jedi. My mom and uncle also introduced me to Star Trek and I remember seeing several of the movies with the original cast and then the Next Generation cast in the theater. I also enjoy movies like Legend, The Last Unicorn, and Labyrinth. Among the authors that I enjoy reading are: Mercedes Lackey, Orson Scott Card, and Ray Bradbury.
Update: My tastes in movies and reading has actually changed a bit since originally writing this post in January of 2018.

As you might have guessed from my Minecraft post, I enjoy video games - both playing and watching others play them. Some of my favorite games include those that I can play with my husband (and stepson now that he is older) like those in the Borderlands series.  I also enjoy the single player games like Fallout 3, Fallout: New Vegas, Fallout 4, Oblivion, and Skyrim. I enjoy the stories that are told as much as the game play. Depending on your child, these games may not be age appropriate to share with them, so please review ratings and video game play before making an choices for your own family.

(P.S. This title is a reference to Skyrim's "I used to be an adventurer like you, then I took an arrow to the knee.")


One of the most difficult things to share with people is the fact that I suffer from anxiety. In today's world, it should be easy to state that fact since both anxiety and depression receive attention from the media. Yet, it has never been easy for me to share details about me that I count in my weakness column.

Most days I can function pretty normally, but there are times when my anxiety hits me hard; making it difficult to be the wife and mom I need to be for my family. Thankfully my immediate family is very understanding and forgiving. They stand with me as I work through challenges and panic attacks. They are okay with changes in plans for outings or activities if my anxiety makes it difficult for me to leave the house (let alone the bedroom). I also find that having a commitment to homeschool our younger children and having a well-polished blog helps me find purpose each day. But there are times when I wish I owned the t-shirt that states: "I am sorry I am late, I didn't want to come" because I still have days where attending family functions and other events is nearly impossible.


In the past, I highly enjoyed going to the theater to see musicals with my mom. In the past 8 years or so, I have not really enjoyed that due to my anxiety and depression. Some of my favorite musicals include The Phantom of the Opera, Les Miserables, and My Fair Lady. I am fortunate enough that -- living near a metropolitan city -- I have been able to attend many touring productions of popular musicals. But I did get to see the original cast in Disney's Beauty and the Beast on Broadway as part of a bus trip.  It was excellent!


Ever since I was little, I have been an ice hockey fan. Again, I owe the introduction to ice hockey to my family, in particular my mom. For a number of years, my family had season tickets to our local ice hockey team and I fondly remember attending games (bundled up in my snowsuit). We would leave early but listen to the third period on the radio while my mom drove home. 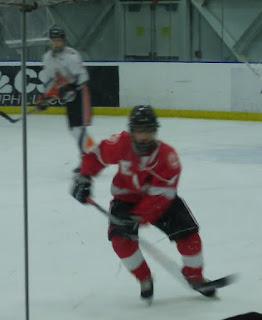 My stepson has been playing ice hockey since he was seven years old. It has been a joy to watch him grow and play on numerous teams (sometimes alongside NHL players' sons). Up till this year he has only had one major injury, a broken arm in 2011, but that changed with 2017. He is old enough now that he is playing in a checking league which means intentional contact with other players. And unfortunately, he received a concussion this fall. We are very grateful that it is a very mild concussion but it is really scary as a mom to think what if it was worse.

Rolling Up a Character 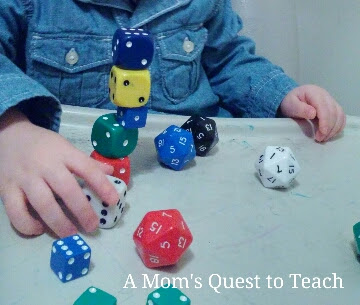 Ever since my husband and I married, he has been trying to get me to play role-playing games with him, his son, and family.  I have to admit I was very hesitant because, after all, people who play D&D are geeks, right? After much soul-searching, I finally realized, "Wait, I am already a geek!" and joined him in playing a modified version of Dungeons and Dragons.

For those wanting to learn more about role-playing games in general, I recommend taking a look at some of the (free!) rules light versions. There are even RPGs inspired by the likes of Doctor Who, Red Dwarf, Star Wars, Star Trek, Stargate SG-1, Middle-earth/The Lord of the Rings, The Teenage Mutant Ninja Turtles, James Bond and espionage stories, westerns, post-apocalyptic tropes (such as the Mad Max movies), 1930's urban America, the novel Watership Down, Marvel Comics and DC Comics superheroes, and multiples based on various eras of world history.

I often enjoy watching television programing that is historical in nature. I enjoy histories but also really like reality-like shows that set the individuals in the time periods of the past. So whether individuals find themselves whisked from the present day to a Victorian farm or a 1900 Manor house, I like seeing the history aspect of the shows.

"Once Upon a Midnight Dreary"


In high school, I started volunteering at the Edgar Allan Poe National Historic Site. I really enjoyed learning from the Park Rangers and sharing my love of Poe with visitors from around the world. I was also able to develop my own tour comparing and contrasting Vincent Price's Poe films with the actual poems and short stories.


"I Don't Want to Set the World on Fire"...I just want to listen to Music


I think I have a rather eclectic taste in music. I used to enjoy going to concerts to see some of my mom's favorite artists including Barry Manilow, Neil Diamond, and Huey Lewis and the News. I also have among my music collection KISS, Kansas, The Heavy, and Billie Holiday. Thanks to the music of the Fallout series, I have found a love of many new artists including The Ink Spots, Roy Brown, Bob Crosby, and Marty Robbins.


Do you share any similar interests with me?  I would love to hear about your favorite movies, books, video games, and music.