Book Club: Review of Shadows of the White City 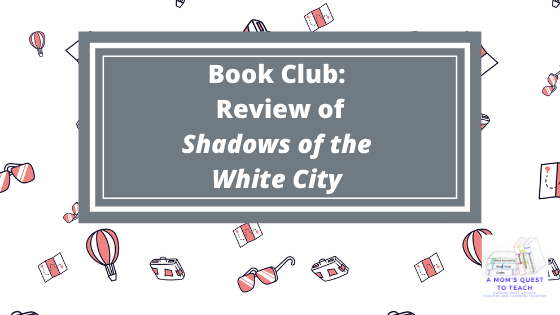 I received a FREE copy of this book from the publisher in exchange for my honest opinion. I was not required to write a positive review, nor was I compensated in any other way. This post contains affiliate links. For more information, please see my Terms of Use and Disclosure Policy page. Thank you.

When I saw the first book in The Windy City Saga, Veiled in Smoke, released, I put it on my to-read list and then lost track of reading it. When the opportunity became available to read and review the second book in the series, Shadows of the White City, I jumped at it because I love historical fiction. This book begins with a prologue set in 1880 but then transports readers to the World's Columbian Exposition at Chicago in 1893. This is approximately 20 years after the Great Chicago Fire, which features in the first book and still holds sway over the Midwest city. 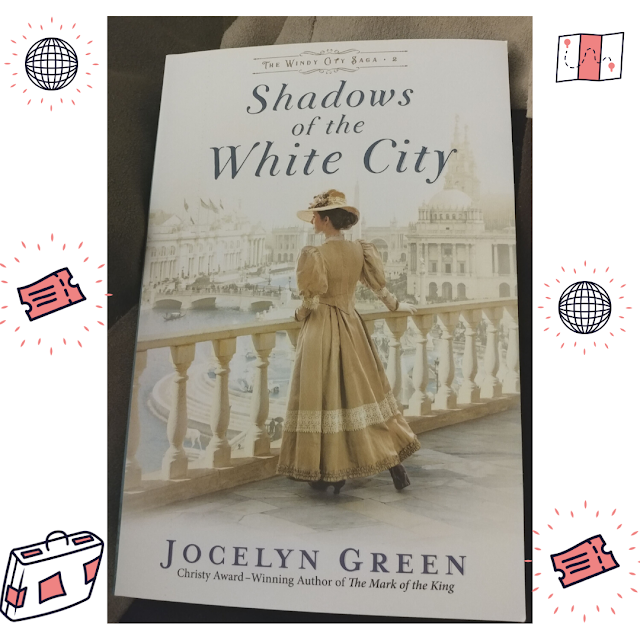 What Is Shadows of the White City About?

The focus of Jocelyn Green's newest book is the story of Sylvie Townsend and her adopted daughter, Rose. Through the story of Sylvie, we grow to learn more about her family that was first introduced in Veiled in Smoke, and we meet others who are involved in the Fair, such as the Bartok brothers. In the prologue, Sylvie promises to care for Rose Dabrowski when Rose's father falls upon hard times. We learn that in the time between the prologue and the start of Chapter One that Rose's father dies (joining her mother in death) leaving Sylvie to be both her mother and father. With the Fair in town, Rose sees the opportunity to continue to learn more about her Polish ancestors and possibly her family in Poland as well.

"The one thing Sylvie Townsend wants most is what she feared would never have–a family of her own."

In addition to running a bookstore, Sylvie works as a tour guide at the Fair. Both she and Rose are often on the grounds of the Fair as Rose takes violin lessons from Kristof Bartok, who plays violin in the Exposition Orchestra. Kristof becomes invaluable to Sylvie after Rose disappears as he speaks several languages, including Polish. Kristof is further connected to Sylvie as he and his brother, Gregor, are tenants of Sylvie's.

The majority of the story revolves around the disappearance of Rose. Did she run away because she no longer accepted Sylvie as a replacement mother (or Mimi, as she calls her)? Was she kidnapped at the Fair and sold into slavery? Just where did she go? Little by little, pieces begin to come together as Rose's personal belongings and clothing are removed from the shared apartment. A note is hand-delivered to Sylvie from Rose, asking her not to seek her out. Even the cat that lived with Sylvie and Rose is taken – but then later mysteriously he returns. There are so many odd pieces to the puzzle that just don't fit. 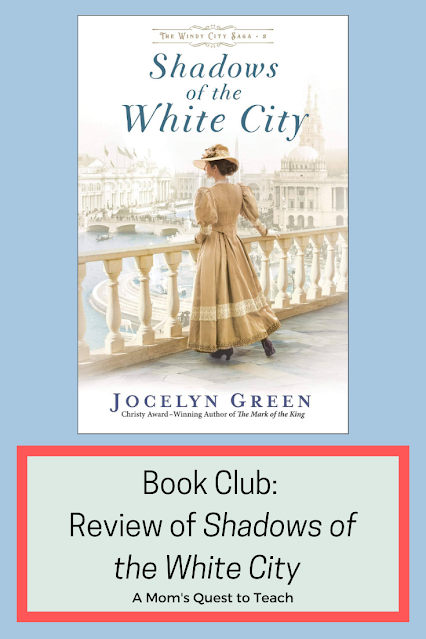 I must admit to taking a while to get into Shadows of the White City. I cannot pinpoint why I struggled with the opening chapters, but eventually, things progressed to where I did not want to put the book down. I am very glad that I gave the book the chance to grow on me as I really enjoyed how Green pieced everything together to bring closure to Rose's disappearance and the problems between Kristof and his brother, Gregor.

During the reading of Shadows of the White City, I also found some advice that I needed to hear. For example, Kristof tells Sylvie: "The people closest to us shouldn't want to [hurt us]. They should be the first ones to lift us up, cheer us on, forgive our faults, and believe we can do better" (203). What a true statement and a wonderful reminder that our family and friends should support us and lift us up – not put us down. In another chapter, Kristof shares "Where we are weak, God is strong. He can take our smallest offerings and make of them a feast" (237).

I would recommend Shadows of the White City for those who enjoy Christian romance, mysteries, or historical fiction. I look forward to reading the first in the series – and reading the next one – to see if Jocelyn Green continues to share the story of these characters in the Windy City.

Posted by Kristen of A Mom's Quest to Teach at 1:03 PM