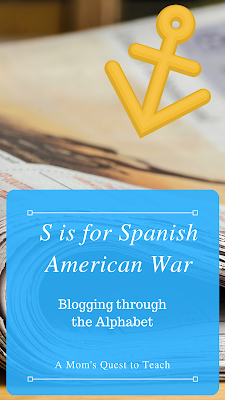 Why does history matter? Why do we need to learn about past events, wars, people, and civilizations? It is very important to research and study the causes of events so we can better understand the present time.

For most of the early years of the history of the United States, the leaders kept to the recommendation of President George Washington to avoid "entangling alliances" and overseas wars. Even though there were other events and wars prior to the Spanish-American war, it would really change when the United States went to war against Spain in 1898.

Causes of the War


There were several main reasons for the United States to enter into war against Spain including a rebellion by the Cubans, American media influencing the nation, and the destruction of a U.S. ship. All three would help push war fever in America.


The island of Cuba was unstable politically but American businessmen still invested $50 million in sugar cane plantations. The people of Cuba rebelled against Spanish rule on several occasions.

In 1895, José Martí started a rebellion that used guerrilla tactics. This led to the Spanish General Valeriano Weyler planning to deprive the rebels of food and men. Weyler rounded up Cubans and put them in reconcentration camps – many would die from disease and starvation in those camps. The Spanish also set out to burn the sugar and tobacco plantations to destroy the economy.

Even though both sides caused destruction to American property, Americans tended to side with the Cubans because they were reminded of their own struggle against Great Britain for freedom. Added to this were the harsh Spanish tactics and the American people were even more sympathetic towards the Cubans. 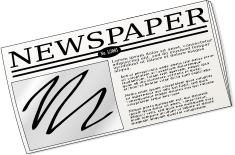 
Shortly after the publication of the de Lôme letter on February 15, 1898, the U.S.S. Maine experienced an explosion and 266 of the 350 officers and crew on board died. When this explosion occurred the U.S.S. Maine was in the Havana harbor so it only seemed natural for the press to blame the Spanish.

An investigation found that a mine destroyed the Maine so people blamed the Spanish. Later investigations into the explosion determined that the board's initial findings may have been wrong. in 1976, it was concluded that a fire might have ignited the ammunition stocks on the U.S.S. Maine and caused the explosion. Not a Spanish underwater mine.

The blowing up of the U.S.S. Maine provided a rallying call for American citizens. Even though Spain made changes – such as abolishing the reconcentration camps, on April 11, 1898, McKinley asked for authority to use force against Spain.

On April 25, 1898, the U.S. Congress declared war on Spain with the Teller Amendment stating that the U.S. had no intention to annex Cuba after the war. Spain declared war on the U.S. in response. With this war America would enter the world with a new role and the debate of imperialism in the U.S. would come to the forefront. 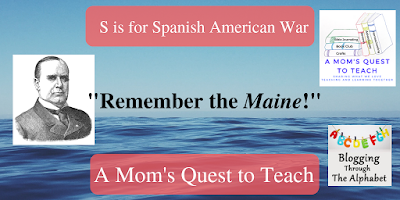 One of the things I always wonder was whether the U.S. would have gone to war without the explosion of the U.S.S. Maine. It seems like such a catalyst – even being an event so influential that students of history still remember the rallying cry today: "Remember the Maine!" – even if they do not understand its meaning. What do you think? Did the U.S. need the explosion of the Maine as a final push to declare war on Spain in 1898?