T is for Tower of London (Blogging through the Alphabet) 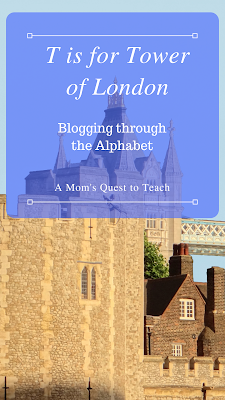 One of my favorite memories of my trip to England in 1997 was visiting the Tower of London. Seeing the ravens, the White Tower, and the crown jewels was a highlight of the trip. What images come to mind when you hear someone talking about the Tower of London? Many think of a prison – even though it was a royal residence, a barracks, an armory, a zoo, and a tourist destination. It was during the 16th and 17th centuries that the Tower of London reached its height as a place of imprisonment.

During the Middle Ages, high-ranking prisoners might be kept in a secure part of the royal lodgings or given other lodgings while privileged to such activities such as walking around the Tower grounds, receiving visitors, or having their personal possessions at their disposal. Conditions were really not bad – in fact they were much better than the prisoners faced in Newgate or Fleet prison. In general, there were two forms of confinement at the Tower:


When discussing the Tower of London being used as a prison, images of torture and execution might also be brought to mind. However, there were only 48 cases of torture from 1540 to 1640. There were three main methods used for torture when it was ordered by the Privy Council. These methods include:
There were also only seven executions that took place within the Tower's walls. Most took place at Tyburn or on Tower Hill. So while torture and executions certainly happened there, the Tower of London is not really an infamous place of torture, execution, and death as some histories and tales would suggest.

There are have been many famous prisoners housed in the Tower of London including:

More was a lawyer, author, and a statesmen who had the misfortune of crossing King Henry VIII. During the period when Henry VIII was looking for a way to separate from his first wife, Catherine of Aragon, he broke away from the Roman Catholic Church and the Pope in Rome. Henry VIII then declared himself as the Supreme Head of the English Church and required his citizens to swear an oath to him as such. Sir Thomas More resigned his position as Lord Chancellorship in hopes he could avoid taking the oath. As Henry VIII needed (and wanted) More's recognition as a learned man, he arrested and imprisoned More in the Bell Tower. More was one of the higher ranking members of society who faced hardships in the Tower. For a time he was forbidden to write and not allowed his books. Eventually he was found guilty and executed at Tower Hill.

The very wife that King Henry VIII married after separating from the Roman Catholic Church was eventually arrested and imprisoned in the Tower of London. She was tried in the Tower itself and was sentenced to death on the Tower Green. Anne Boleyn was one of the few individuals to have a special executioner, a swordsman, be brought in from France. 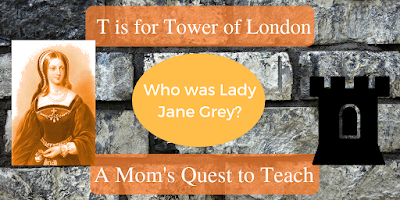 While Edward VI, son of Henry VIII and Jane Seymour, was ruling England, John Dudley (first Duke of Northumberland and Earl of Warwick) ruled as Lord Protector from 1550 until 1553. During this time he pushed Lady Jane Grey (granddaughter of Henry VIII's sister Mary and Charles Brandon – Duke of Suffolk) to marry his own fourth son – Lord Guildford Dudley. At the insistence of John Dudley, King Edward VI wrote a will in which he names his two half-sisters as illegitimate removing them from the line of succession. The throne was left to Lady Jane Grey – John Dudley hoped to be able to control her and continue to rule England.

On July 9, 1553, after the death of Edward VI at age 15, Lady Jane Grey was told she was the Queen and was taken to the Tower. Not as a prisoner but as a queen. During this brief time, Mary Tudor (the Catholic daughter of Henry VIII and Catherine of Aragon) rallied support to her cause. The people of England did not want John Dudley to remain as Lord Protector and support Mary as the future queen. John Dudley was arrested and Lady Jane was moved from the royal apartments to be confined in the Gentlemen Gaoler's Apartments. Dudley was confined with his five sons (including Lady Jane's husband) in the Beauchamp Tower. It is in this Tower that one can see inscriptions or graffiti from the Dudley family on the walls.

Lady Jane was tried and found guilty of treason. Lady Jane was one of the lucky prisoners who was not on close confinement during her imprisonment. In fact, she could walk around the gardens and around Tower Hill with an escort. She and her husband were both sentenced to death. Her father-in-law, John Dudley, was also sentenced to death. 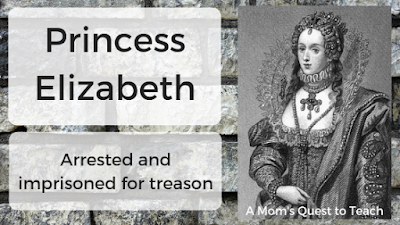 During the reign of Mary I, many individuals were thought to be trying to overthrow the Catholic Monarch. Queen Mary I even had her half-sister, Elizabeth, arrested. She was arrested for treason (being implicated in Sir Thomas Wyatt's rebellion) and brought to the Tower of London through the Traitor's Gate. While confined in the royal lodgings she etched on the window:

"much suspected of me; nothing proved can be."

There was never any evidence found to connect her with the rebellion by Sir Thomas Wyatt. Eventually, Elizabeth was released but kept under watch until the death of her sister. That is when Elizabeth ascended to the throne herself.

In conclusion, the Tower of London is one that still haunts the history of England today as so many famous individuals have walked the grounds. Does it deserve to be remembered more so as a prison and place of torture and execution than the other 'jobs' which it held? Probably not. But it is one of the interesting parts of its history.

Other images from wpclipart.com and Canva.com