K is for Khnum (Blogging Through the Alphabet) 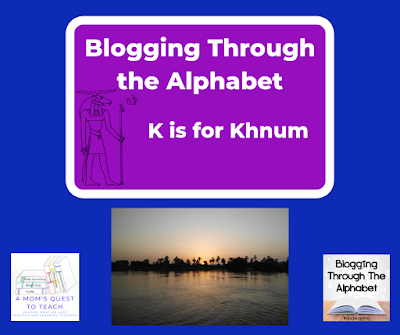 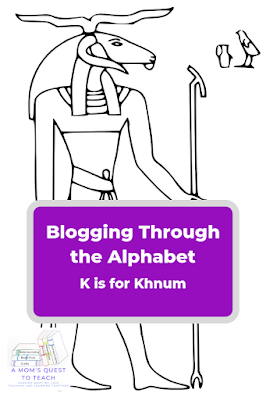 Khnum was a ram-headed creator deity of Egyptian mythology. He may be considered one of the most important ram gods due to his ability to control the inundation of the Nile. (The inundation of the Nile River is when it would overflow its river banks and thus provide another season of growing due to the introduction of new fertile soil.) Along with his wife, Satet, and their daughter Anuket (goddess of the First Cataract), Khnum was worshiped as guardian of the cataract area and protected royal expeditions on their way to Nubia. Khnum is usually depicted as a man with a ram’s head but sometimes he is shown in entirely ram form.

The ram is a symbol of fertility and the ancient Egyptian word for ram was ‘ba.’ 'Ba' was also the word for ‘personality,’ the idea of what makes a human unique. Khnum was considered to be the ba of Re (the sun god). Sometimes the sun god was shown as a ram-headed being when in the netherworld.

In addition to being the creator god, Khnum was the patron deity of potters and was associated with the annual inundation and the Nile cataracts. The cataracts are white water rapids located between Aswan and Khartoum. The cataracts added in making invasion from the south difficult but also hurt Egypt by making trade difficult along that part of the Nile River.

We already stated that Khnum is depicted as a ram-headed human or just a ram. While in his ram-headed human form, he may have the horns of the first species of sheep domesticated in Egypt (Ovis longipes) or the short curved horns of the Ovis platyra ram. On some occasions, he would wear the Atef Crown (White Crown of Upper Egypt). He was usually shown with his potter's wheel molding a child.

Khnum’s cult center was at Elephantine – an island at the first cataract at the southern border of Egypt. At Elephantine, Khnum was the head of a triad of his wife and daughter. Mummified rams have been discovered at the site but little of the temples or buildings remain.

He also had a cult center at Esna where the Festival of the Potter’s Wheel was celebrated yearly. At Esna, Khnum was associated with the lion goddess Menhyt and the chief crocodile goddess Neith.

There are a variety of creation myths that are a part of Egyptian mythology. A variety of gods and goddesses play a role in the myths (usually dependent upon the location within the Egyptian kingdom). In this one, Khnum created the universe by modelling the other gods and goddesses as well as humankind, animals, fish, plants, and more on his potter’s wheel. Khnum focused upon the creation of the anatomy of humans – the blood flow, the respiratory and digestive systems, and reproductive systems. He continued to watch over humans by keeping watch over conception and labor.

Khnum was integral in the creation mythology of the royal family. In more than one location he is shown sitting at his potter’s wheel molding the royal son. He fashions the ruler and his ‘ka’ on the potter’s wheel. The ka is often translated as spirit or vital force.

Khnum is also mentioned in the birth story of Hatshepsut – female pharaoh of Ancient Egypt during the 18th Dynasty of the New Kingdom. Per the account depicted at her temple at Deir el-Bahari, Khnum is told by Amun-Re to create his daughter calling her “Khemenet-Amun-Hatshepsut” and that she will exercise her kingship over the whole land. Khnum forms Hatshepsut and her ka on the potter’s wheel and Heket, with the sign of life (the ankh) kneels next to them. Khnum is one of the five deities who assist at the birth of children.

Thanks to a love of Ancient Egypt encouraged by both my Grandpop and my Mom, I have numerous books on ancient Egypt, its religion, and daily life. From classics written by E. A. Wallis Budge to more modern works written by Dr. Zahi Hawass, there is an abundance of information available for the budding Egyptologist.  I have also written a number of posts about some of the goddesses and pharaohs of Egypt. 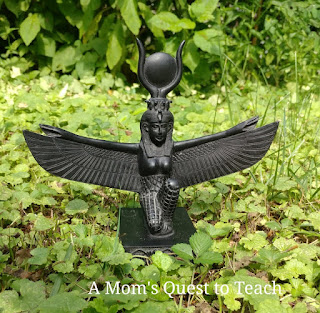 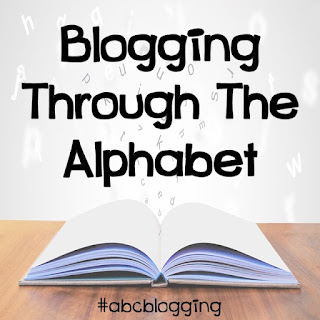 Do You Want to Link Up This Week?

Posted by Kristen of A Mom's Quest to Teach at 9:09 AM