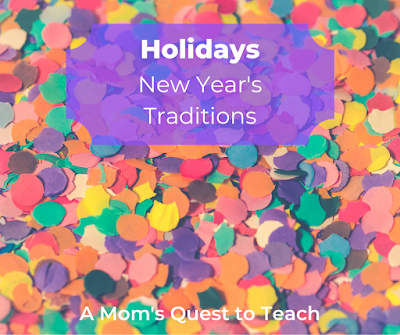 How does your family celebrate New Year's Eve and New Year's Day?  Do you celebrate the holidays as a family or as a couple? Do you let your children stay up till midnight or do a count down to noon?


My memories from childhood include celebrating New Year's Eve at my aunt and uncle's house.  When the clock struck midnight, everyone in the neighborhood would go outside with noisemakers and pots and pans to bang to celebrate the new year.

New Year's Day was often celebrated at my cousin's house.  We exchanged Christmas gifts with them and shared a meal cooked by my cousin.  The Mummer's Day Parade was always on the television in the background.  Have you heard of the Mummers? The Mummers Parade has been a part of New Year's Day traditions in the Philadelphia area for 120 years.

What are the Mummers?


Mummers in Philadelphia belong to one of over 40 different clubs that participate in one of five divisions:

Each brigade has their own specialty in dance, costume, and music that makes them unique and different. They all make their way down Broad Street in Philadelphia to help celebrate the New Year and gain bragging rights if their club wins awards and prizes. After the Fancy Brigades finish their circuit on the parade route, they end up at the Pennsylvania Convention Center where they put on their performance for those who hold tickets (people can watch the entire parade along the route without tickets).

I prefer watching the String Bands and the Fancy Brigades with their elaborate costumes but after working with someone who was in the comics, I have come to appreciate all the performers. They are made up of a group of diverse people from all around the area with some of the more famous groups being: 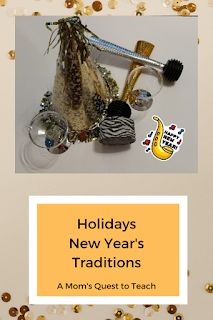 For several years as a new family, my stepson stayed with his maternal grandmother for New Year's Eve. My husband and I didn't do anything fancy. This was just the best time for our son to celebrate Christmas with his grandmother and maternal family.

With the birth of our youngest son, we shifted when our older son visited his grandmother and we were all together for New Year's Eve. Again...we didn't really do anything fancy or exciting other than watching movies and making noise at midnight.

For the past several years, we have bundled up the kids and gone outside at midnight to celebrate with noisemakers. After a quick trip outside to welcome in the New Year and wish our neighbors (who were also sometimes outside) a Happy New Year, we would return to the warm comfort of our home to watch some of the fireworks on TV.

New Year's Day has been spent watching ice hockey for the past several years ever since the introduction of a special outdoor game. Our favorite team has played in the outdoor game twice and I have even been blessed with being able to attend one of the games (along with the minor league outdoor game and the alumni game also featured that year). 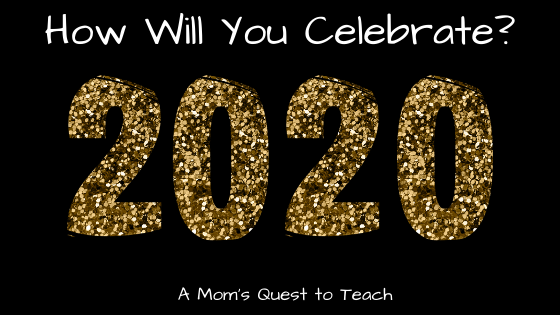 Posted by Kristen of A Mom's Quest to Teach at 2:37 PM