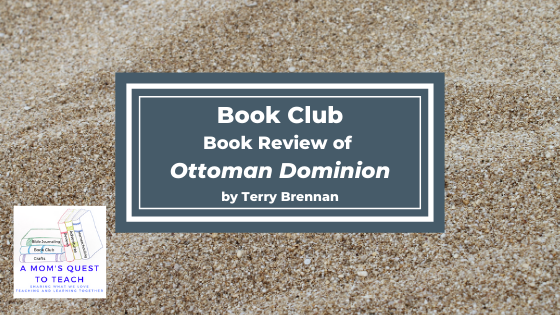 I received a FREE copy of this book from the publisher in exchange for my honest opinion. I was not required to write a positive review, nor was I compensated in any other way. This post contains affiliate links. For more information, please see my Terms of Use and Disclosure Policy page. Thank you.

"Diplomatic Security Service agent Brian Mullaney wants out. Against his will, he's been drawn into a dangerous international mission with world-ending implications - and his final assignment will pit him directly against the terrifying, evil entity known only as the Turk. Surely that's too much to expect from one flawed and exhausted man." – Book Jacket of Ottoman Dominion

I had the pleasure of reading and reviewing the first two books in the Empires of Armageddon series – Ishmael Covenant and Persian Betrayal. These two books illustrate quite clearly how DSS agent Brian Mullaney ends up just so exhausted as he tries to do his job in Israel to maintain the security surrounding the American Ambassador to Israel, Joseph Atticus Cleveland. The stage is set for the final meeting between Brian and the Turk to determine if good or evil will prevail. 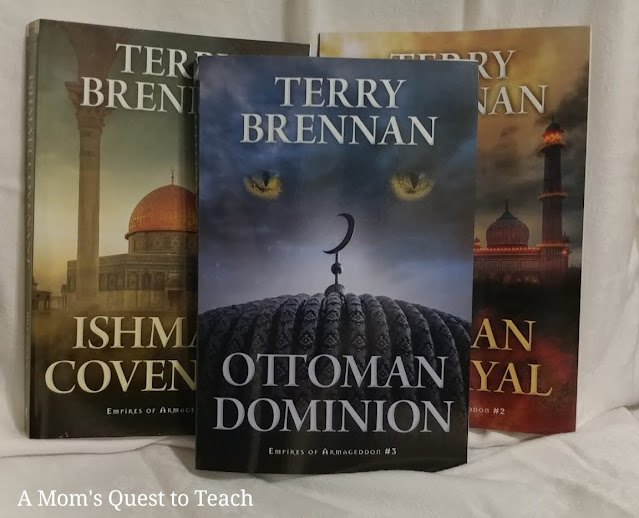 Terry Brennan has authored a 296-page work of Christian suspense that takes place in several locations – Israel, the United States, Turkey, Iraq, Iran, and several other key places in the Middle East. Don't worry if you have trouble keeping locations straight – there is a handy map in the front of the book followed by a cast of characters where you can reference just who each character in Ottoman Dominion is. When I first started reading the series, I found the cast of characters to be invaluable, but after reading two books, each character has become well-known to me. Brennan does an excellent job of developing each of the characters, so they seem to come to life.

The end of Persian Betrayal left readers wondering what would happen to Brian and the rest of the characters as a supernatural earthquake rocked the world of the US Embassy and the Ambassador's Residence in Tel Aviv, Israel. Readers quickly see the results of this weird earthquake caused by the Turk and the havoc that ensues in conjunction with the protests and demonstrations being held regarding the Ishmael Covenant. The staff of the US Embassy loses more good men and women from the earthquake and the following attacks. So will good win?

Ottoman Dominion takes the reader through one very long day as Brian learns more about an 18th-century prophecy from a Rabbi and a Monk, Cleveland seeks the aid of the Joint Special Operations Command (JSOC), and the Turk puts his own evil plans in motion. In the background, we see the hand of God helping the 'good guys' as they struggle with the Turk's plans. As usual, there is more happening behind the scenes because God is involved. 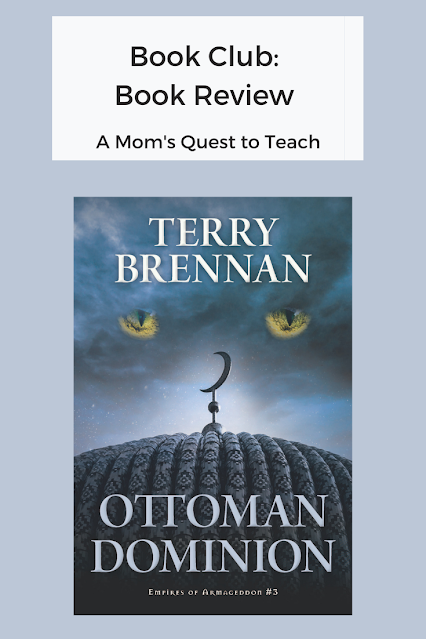 There are some intriguing details that I really like about Brennan's Empires of Armageddon series. The map and cast of characters I mentioned earlier – as well as the headings at the start of each section – help the reader distinguish the physical location, the date, and the time of the events. It could be very easy to get confused or lost when the action moves so quickly, so it is wonderful to have this aid in reading. I also really enjoy Brennan's style of writing. I feel like I am immersed in the story and transported to the different locales.

I really connected with DSS agent Brian throughout the three works. It was quite wonderful to see the resolution of Brian's storyline with his family at the end of Ottoman Dominion. He definitely had some difficult times. While Brian tried to maintain an upstanding character, there was at least one individual in Washington, D.C. who was using any means – right or wrong – to advance his own career to the detriment of Brian's own career. I really appreciated the fact that even in the darkest moments – meeting with the Turk – Brian continued to rely upon God and remembered to arm himself with the armor of God.

Ottoman Dominion is a wonderful reminder that in our darkest moments reaching out to God can be the only way to ensure we pull through to a successful ending. We see the characters of Ottoman Dominion calling upon God over and over in prayer and supplication. In the early chapters of the book, Cleveland prays: "This is not about us, Father. You have an awesome, eternal purpose in play here. We don't fully understand the way, and we can't see the how, when, or where" (66). How often could we say these same words in our own prayers to God? What a wonderful connection to our own lives. And even in what could be the darkest moments of Cleveland's life he says to himself: "My Jesus...my Jesus, I am purchased by your blood. I am righteous in your sight: pure and holy and blameless" (210). I love these reminders.

I recommend Ottoman Dominion by Terry Brennan to those who enjoy Christian fiction, suspense, historical fiction, and political fiction. Personally, I think you should read all three books because they are all excellent works that will bring you entertainment and moments of self-reflection. 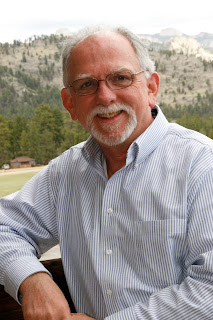 Terry Brennan is the award-winning author of The Sacred Cipher, The Brotherhood Conspiracy, and The Aleppo Code, the three books in The Jerusalem Prophecies series. His latest series is Empires of Armageddon, which includes Ishmael Covenant, Persian Betrayal, and Ottoman Dominion. 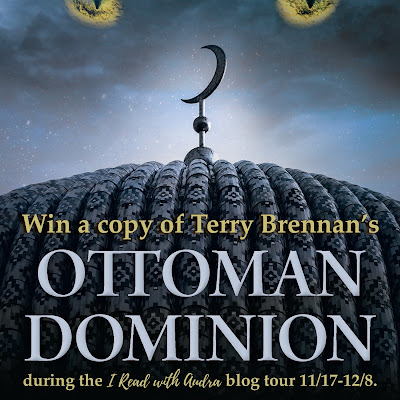 a Rafflecopter giveaway
Posted by Kristen of A Mom's Quest to Teach at 2:28 PM