A Brief Journey through the Quotes of Shakespeare's Macbeth 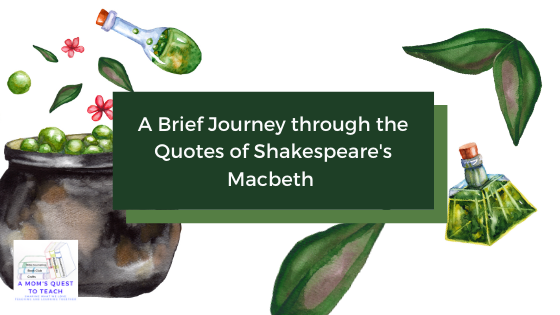 During our oldest son's sophomore year of homeschooled high school, he read William Shakespeare's Julius Caesar. We had the chance to review Shakespeare's Tragedies from Hewitt Homeschooling Resources. This resource examines four tragedies of Shakespeare and several sonnets:

We read Julius Caesar using this paperback book as our resource for questions and lessons. Originally, I had planned on asking our son to read Hamlet during his junior year, but we spent the year reading works by Tolkien using a wonderful course at SchoolhouseTeachers.com. I do hope to read Hamlet with him this year, but he has already read Macbeth as part of his British Literature course.
A good place to start prior to reading Shakespeare is with the famous quotes from the plays and references in other works of entertainment. From the witches trying to bring about confusion to order finally being restored at the end of the play when English customs are introduced with the crowning of Malcolm, there are many famous quotes and memorable lines from Shakespeare's Macbeth. 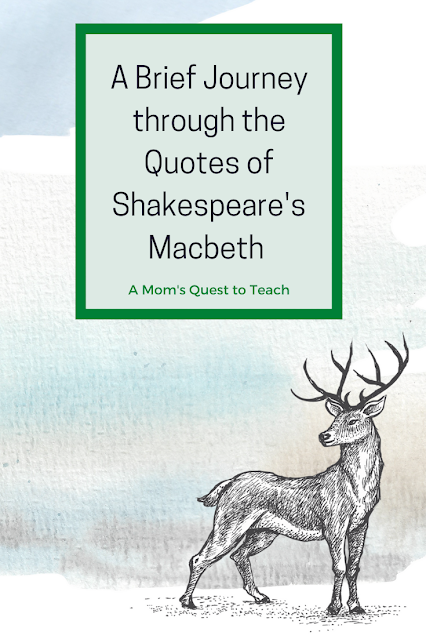 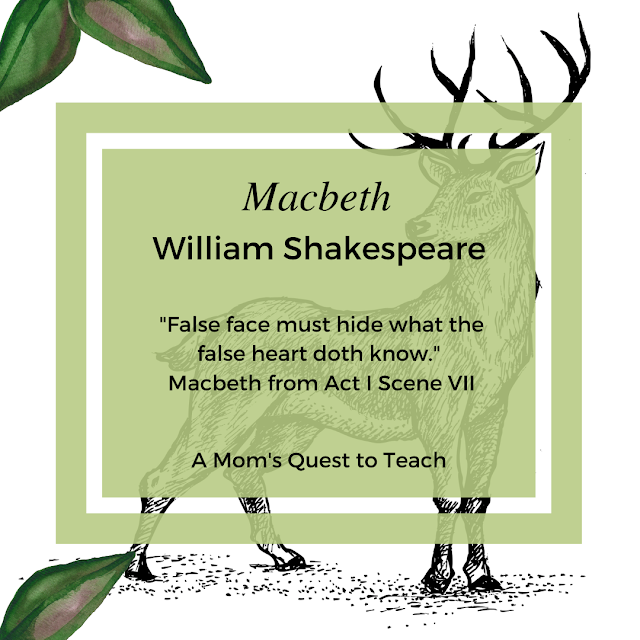 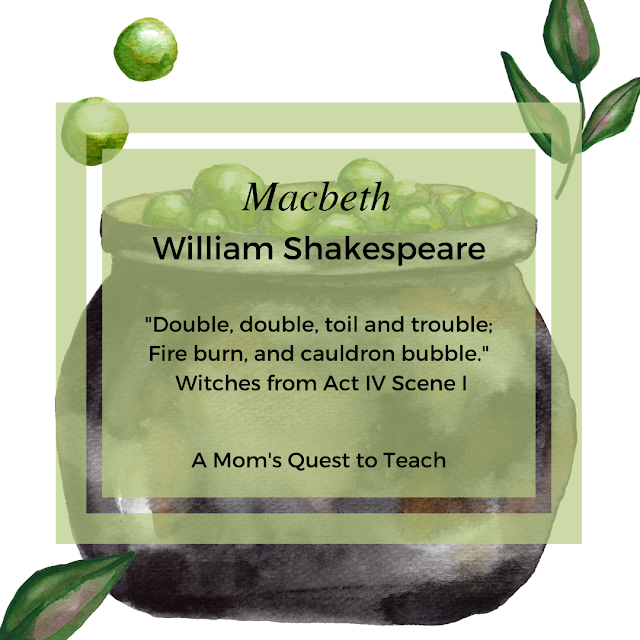 Do you have a favorite Shakespeare play?