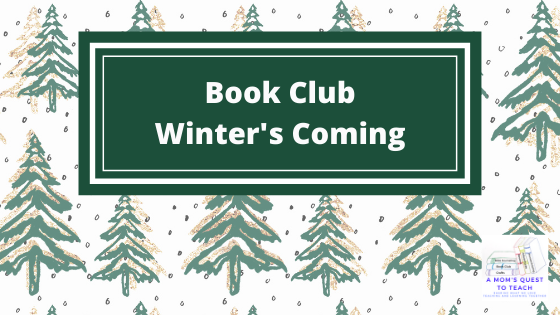 As the seasons change, reading children's books is a wonderful way to introduce new ideas or reinforce previous learning with your children. While painting pictures inspired by Winter's Coming: A Story of Seasonal Change, we read the book written by Jan Thornhill and illustrated by Josée Bisaillon. This is a wonderful book full of unique illustrations that tells the story of a young snowshoe hare worrying about Winter.

One of my favorite things about Winter's Coming is the fact that throughout the book you see the snowshoe hare, Lily, changing as winter approaches. Her fur is slowly turning from brown – which helped her hide in the first six months of her life – to white which will help her hide in coming winter. 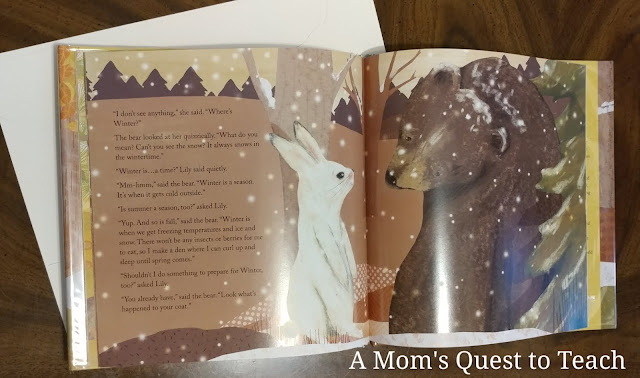 Animals to Learn More About

The book introduces many animals into the story which can you read more about, either in the back of Winter's Coming or below. As Lily, the snowshoe hare, speaks with the different animals, she learns a bit about each animal and how they are preparing for the arrival of winter – but Lily has no idea what Winter actually is. It is not until Lily speaks with the Black Bear that she learns Winter is a season like Summer. Winter won't fly like the birds or have sticky toe pads like the tree frog – it is a season!

Here are a few of the animals you can study about with your children: 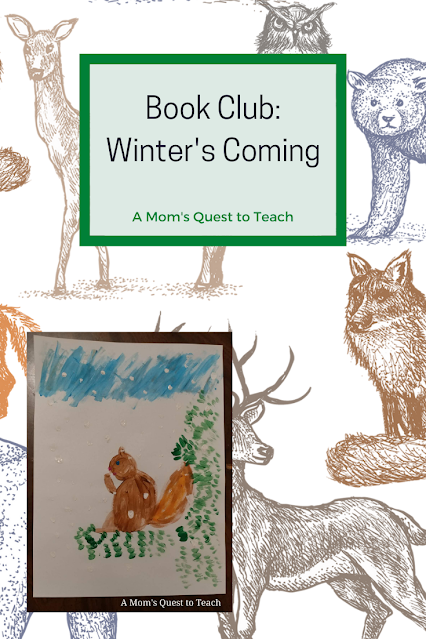 How Animals Prepare for Winter's Coming

The book also introduces the many ways in which animals prepare for the coming the new season – winter. Again, there is a handy short guide in the back of the book which discusses migration, hibernation, and other ideas. Winter's Coming's main character finds herself struggling to understand why the animals are doing different things. Through trial and error, Lily learns that she can prepare for winter like the other animals. She can bury herself under leaves like the Woolly Bear Caterpillar or hide in the mud like the snapping turtle. She has her own way of preparing for the winter.

Lily does not need to hibernate in the same way that the Black Bear in the story will during the Winter. So, while the Black Bear will spend time in dens hidden in caves, underground burrows, or other locations where they can be protected from the elements, Lily can be active above ground as her fur changes color.

1. Gather all your materials. 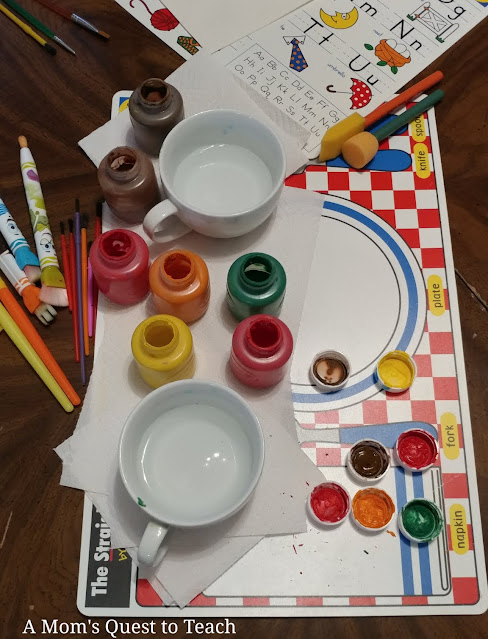 2. Draw your picture. I sketched several pictures based upon the story for our children. 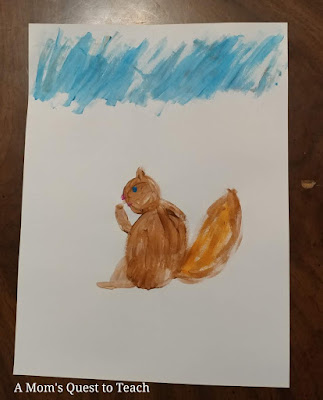 3. Paint the picture.
4. When the initial paint is mostly dry, add the snow falling to the picture. 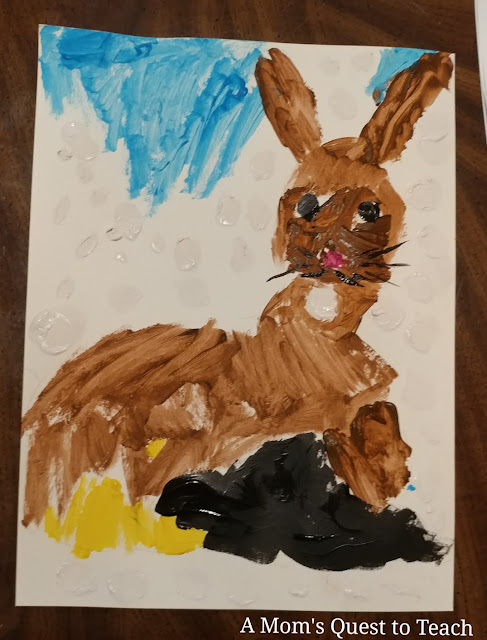