D is for Declaration of Independence (Blogging through the Alphabet) 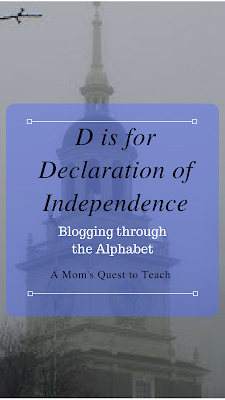 There are so many topics one could write about when you reach the letter D. For example, Disraeli, Charles Dickens, Dunkirk, or D-Day. For my latest post in Blogging through the Alphabet, I have chosen to write briefly about the Declaration of Independence.


Thomas Jefferson, who was thirty-three years old at the time, wrote the first draft. Some changes were suggested by Adams and Franklin. The most important changes to Declaration of Independence would be the removal of a passage indicting the slave trade.

The Declaration of Independence was presented to the Continental Congress on June 28, 1776. On Thursday, July 4, Congress adopted the 1300-hundred-word Declaration. It wasn't until July 8, that the Declaration was read to the citizens of Philadelphia by John Nixon at what would become known as Independence Square at noon.

A formal parchment copy was made available for signing on August 2 and most of the 55 signatures were written then. Matthew Thorton, of New Hampshire, was the last to sign the Declaration of Independence in November of 1776. 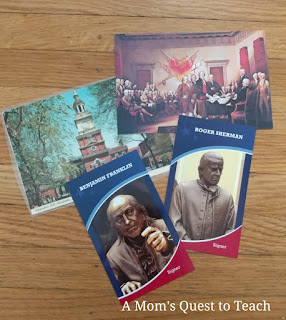 The Declaration of Independence helped move the colonies' fight from just one about unjust taxes to one about human rights. All grievances put forth by the colonists were laid at the feet of King George III who had a "history of repeated injuries" towards the colonies.