G is for Grant (Blogging Through the Alphabet) 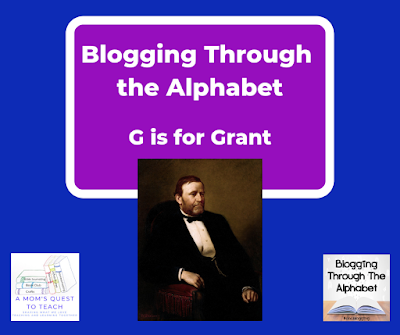 When reviewing material to write my post about Ulysses S. Grant, I came across an interesting quote from Gary W. Gallagher included in The Great Courses: The American Civil War. "He's the man who, more than any other man but Abraham Lincoln, saved the Union," Gallagher says. What a powerful statement for a man so often remembered in our history books and television documentaries as merely a drunk who smoked cigars. Perhaps authors of books and writers of TV programs need to re-evaluate how they view individuals from the past.


Ulysses S. Grant was born on April 27, 1822 in Point Pleasant, Ohio. We can trace his ancestry back to Matthew Grant who arrived in the colonies in May 1630. Ulysses S. Grant attended West Point with reluctance. He admits to spending more time in the library reading novels than actually studying his coursework. He found his Mathematics courses easy but received low marks in French. The only areas in which he really excelled were the courses that involved riding and horses. He managed to graduate in the middle of his class in 1839. It was his desire to join the Cavalry but there was no room in the regiment at the time so he joined his second choice, the 4th Infantry. 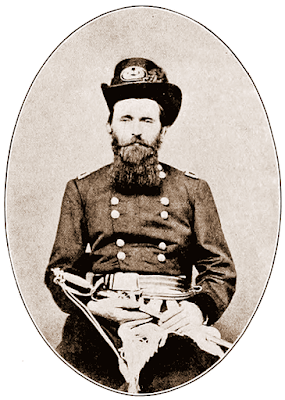 
Like so many in the graduating classes of West Point during this time period, he fought in the Mexican War. He served under General Zachary Taylor. He would fight in the battles of Churabusco, Chapultepec, and Buena Vista.

After the Mexican War, Grant was sent to serve on the West Coast but could not take his family with him (his wife was pregnant). He had married a classmate's sister (Julia Dent) and found great strength in his family – his wife and his children. He grew lonely on the West Coast serving routine garrison duty. Eventually he became bored and drank too much. He would leave the army with the rank of Captain in 1854.

It is unknown if Grant was an alcoholic. There were times when he did drink too much but at no point during the Civil War did alcohol compromise his battlefield performance.

Outside of the Military


After he left the army, Grant held a series of different jobs. He farmed, was a shopkeeper, and tried his hand at real estate but none of these jobs were exceptionally successful.

Grant knew that with the political climate of the day, there would be conflict. He wished to avoid war but knew that the South would eventually secede. In 1860, the Republican Party won the presidency, the consequence of which is well-known: "Four million human beings held as chattels have been liberated; the ballot has been given to them; the free schools of the country have been opened to their children" (Grant, Personal Memoirs, 108-109). The American Civil War would provide Grant with the opportunity to create a lasting impact on American History. With the start of the Civil War, he re-entered as a Colonel of the 21st Illinois but was soon appointed to brigadier general. 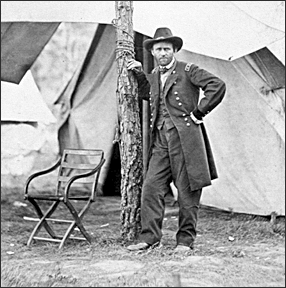 
Grant was probably first noticed by President Lincoln with his attempt to make something happen at Belmont, Missouri. Not too many Union commanders tried to do anything offensive in the Civil War, so this of course would catch Lincoln's attention.

He led the first two major Union victories at Fort Henry and Fort Donelson (February 1862) to help gain control of the Mississippi Valley. The next major battle where Grant was involved was that of the Battle of Shiloh (April 1862). It would be the bloodiest battle to that point (23,000 causalities) and end any hope of blocking the Union advance into Northern Mississippi with the defeat of the Confederacy. This victory set Grant up for new things. Lincoln said of Grant at this point, "I can't spare this man – he fights." 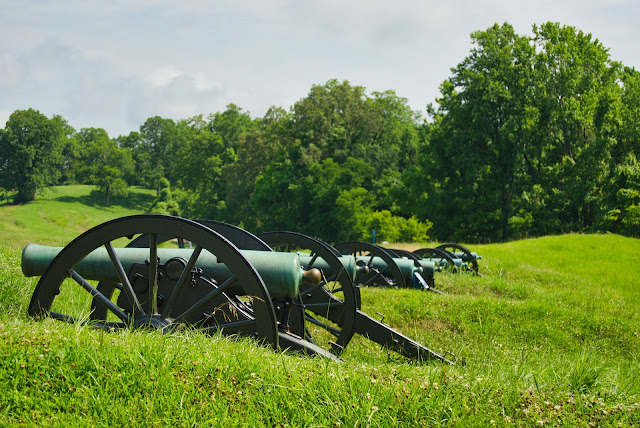 The most common image of Grant comes from the overland campaign of 1864 – "Grant the butcher" – who overwhelmed his opponents with men but without military tactics or style. This view was pushed forward by the Lost Cause writers to make General Lee look better. This is not really an adequate examination of Grant's military style. He actually preferred to have the chance to maneuver, think, use swift troop movements, and the least fighting possible to fight a battle. BUT he was still willing to take risks (unlike so many other Union commanders).

The campaign at Vicksburg and its consequent win for the Union was extremely important for both civilians and the military. It was a black and white victory (unlike Gettysburg) and the citadel was a focal point. It also helped cut the Confederacy in two, geographically.

With the siege on Vicksburg and the surrender by the Confederates on July 4, 1863, Lincoln saw Grant as his man for the rest of the war. He appointed him General-in-Chief in March 1864. With this, Grant would lead the Union into victory over the Confederacy and eventually accept the surrender of General Lee at Appomattox Court House on April 9, 1865.

After the Civil War 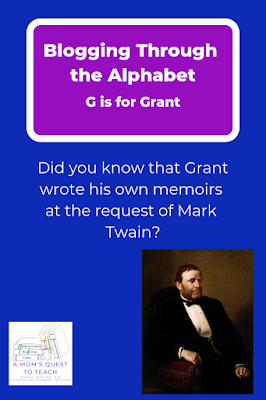 In 1868, Grant was nominated as the presidential candidate for the Republican Party. Despite several financial crises during this first term, he won reelection in 1872. During his presidency, the first Native American was appointed to a cabinet possession as Commissioner of Indian Affairs, the Transcontinental Railroad was completed, an 8-hour-work day was established for federal employees, the 15th Amendment was signed, and more positive events and changes occurred. After his term, he went on a two-year journey around the world.

In 1881, Mark Twain urged Grant to write his memoirs. He agreed to but wanted 70% of the publishers' profits which would set up his wife Julia with monetary support after Grant's death. In the end, Julia received almost $450,000.

Unfortunately in 1884, Grant was diagnosed with cancer of the throat. The 18th President of the United States died on July 23, 1885 at a summer resort in the Adirondacks less than one week after finishing the proofs of his Personal Memoirs.


The Complete Personal Memoirs of Ulysses S. Grant was a great triumph and great success. Some consider it the best memoirs ever written. You can read his Memoirs online thanks to Project Gutenberg.

Read more about the men who helped nurse Grant during his illness: Bedside Angels.

Interested in learning more about Grant writing his memoirs? Smithsonian's War and Peace of Mind of Ulysses S. Grant.

Looking for more posts about the American Civil War from

A Mom's Quest to Teach?


In the past Blogging Through the Alphabet series, I have written about Antietam, Fredericksburg, and Gettysburg as well as General Lee.


Do you want to join our Blogging Through the Alphabet Link-Up?