J is for Jack the Ripper (Blogging Through the Alphabet) 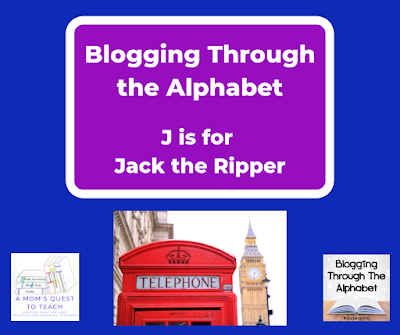 This post contains affiliate links. For more information please see my Terms of Use and Disclosure Policy page. Thank you.
I had several ideas for the letter J (which I may write about in the future) but as I was searching for notes on one of those topics, I came across a folder labeled, "Jack the Ripper." Wow! How did I not think of writing a letter J post about this topic? I won’t go into too many details regarding the murders and victims but present a brief overview and address how studying the case of Jack the Ripper can provide individuals with an opportunity to use their critical thinking skills.

Who is Jack the Ripper?

This is the million dollar question, really. Jack the Ripper is the name ascribed to the serial killer who committed a number of murders in the summer and fall of 1888 (even the number of victims has been argued about). The murders took place in Whitechapel, an area of which was a den of anti-Semitism, nativism, crime, racism, and other problems common in the 19th century.

There have been many theories as to whom Jack the Ripper actually was over the years. From the first murder to the present day, there has been much written about the topic—as well as movies, documentaries, and other media produced. Almost everyone has their own theory and idea, it seems. There was even an excellent book written that examines a great number of theories (The Mammoth Book of Jack the Ripper edited by Maxim Jakubowski and Nathan Braud).

Ripperologists (yes, this is the name given to people who study Jack the Ripper) disagree about a lot of things and ask many questions. Was Jack the Ripper really Jill the Ripper? Was it the Prince Albert Victor, the Duke of Clarence? Was it Queen 's physician Dr. William Withey Gull? How about the detective himself Inspector Frederick Abberline? A famous author Patricia Cornwell even presented a book about her pick for Jack the Ripper (Portrait of a Killer: Jack the Ripper –Case Closed). Even fictional TV series have presented ideas—Jack the Ripper was a sloppy vampire.

Perhaps the reason why the case still intrigues so many is because of the unknown.

How many victims? Who were they?

The number of victims range from as few as five to as many as thirteen, depending upon to which Ripperologist one turns for information. Included in the Whitechapel Murder files are two women (Emma Elizabeth Smith and Martha Tabram) who were killed before Mary Ann Nichols - who is usually considered Jack the Ripper’s first victim.
There are five women who are considered by all to definitely be the victims of "Saucy Jack": Mary Ann Nichols, Annie Chapman, Elizabeth Stride, Catherine Eddowes, and Mary Jane Kelley. These five women make up the canonical murders. These murders began on August 31, 1888 and ended on November 9, 1888. All the women were in their forties except for Mary Jane Kelley (she was only 25)

There were several other murders that took place in Whitechapel that are sometimes ascribed to Jack the Ripper (even though most agree that Mary Jane Kelley was his last victim). These include: Rose Mylett, Alice McKenzie, the torso, and Frances Coles. 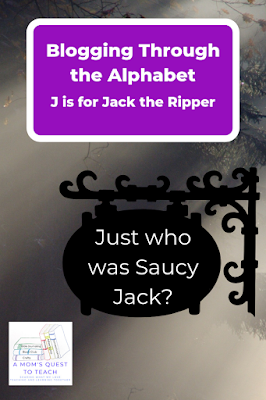 How to Study the Case

While not everyone has at hand the actual primary sources, such as the letters to test for DNA, amateur historians can still scour sources as they are provided online and in books such as those listed in the resources and references section below. It is important to read as much information as possible before making any one decision as to who one thinks Jack the Ripper might actually be. Looking at police records, reports, and autopsy reports (for the less squeamish) can provide interesting firsthand information while reading books like The Mammoth Book of Jack the Ripper or The Complete History of Jack the Ripper by Philip Sugden. These provide much secondary information. It would also be interesting to read Jack the Ripper: The Final Chapter by Paul H. Feldman or Cornwell's Portrait of a Killer to determine whether or not you agree with their choices of James Maybrick or Walter Sickert as the killer. (Both these theories have come into question in recent years and have been given credence as more information has been found.)

From the very beginning, the media—in the early years newspapers—were fascinated with Jack the Ripper. They printed his 'letters,' sensational information about the victims, interviews with vigilantes, and more in the days following the murders. After the 'factually' information was reported in the newspapers, the story of Jack the Ripper interested fictional and semi-fictional storytellers.

The events that took place in the shadows were thrust into the limelight. Movies and TV series were produced to tell the tales. One of my favorite TV series on the subject was the 1988 series starring Michael Caine as Frederick Abberline. While I may not agree with the choice of Jack the Ripper in the series, I find the entire drama very interesting to watch—even all these years later. Years later, Johnny Depp would star as Inspector Abberline in a much more graphic fictional account of the story. And Jack the Ripper even traveled through time using the time machine of H.G. Wells in Time After Time. As mentioned before, other television programs portrayed Jack the Ripper as a vampire taking the fictionalization even further from real events. 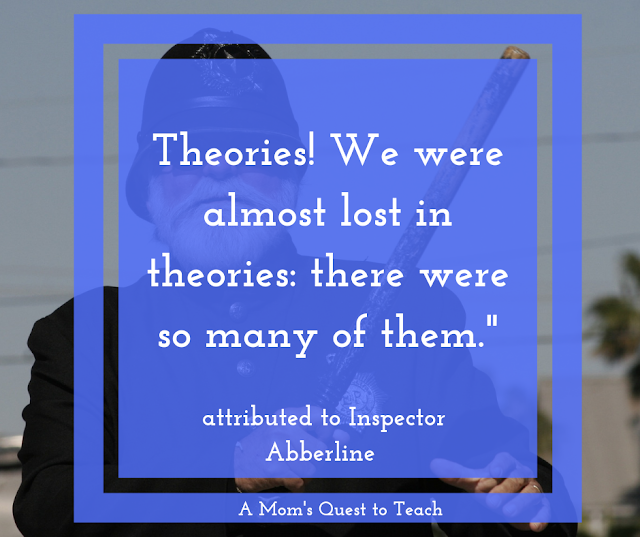 When we visited in 1997, we took a Jack the Ripper walking tour and even the tour guides had their own theory which they swore was true. So if ever you are in London, perhaps visit the locations yourself and see if you can come up with your own opinion while walking the streets.

Personally, I do not have a theory as to the name or names of Jack the Ripper. Even with the DNA evidence that points to one of the traditional suspects, I think this will remain one of the mysteries of history. However, I can only imagine how the case would attract armchair detectives in today’s social media-reliant world. Do you have a theory?

Jack the Ripper: a site with histories, victim information, resources, and reading lists
Science: Does new genetic analysis finally reveal the identity of Jack the Ripper? – looking at a police suspect from 1888 as Jack – Aaron Kosminski

Posted by Kristen of A Mom's Quest to Teach at 9:47 AM