D is for Dickens (Blogging Through the Alphabet) 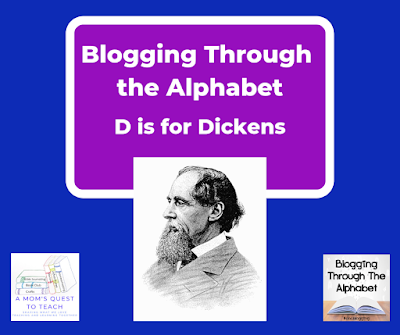 One author with whom I have a love-hate relationship is Charles Dickens. When I was younger, I enjoyed his Christmas-themed stories but during high school I found reading his other works difficult and demanding. It was not until I got to college that I began to reread some of the novels I had read in high school and really began to appreciate works like Great Expectations, Hard Times, and A Tale of Two Cities. Now I cannot imagine not enjoying a classic story by Dickens. 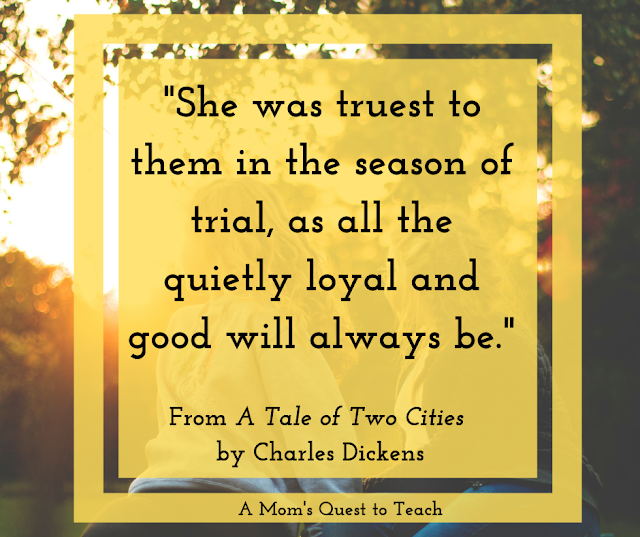 Why are the works of Charles Dickens popular?

Why have people been attracted to Charles Dickens' novels since their publication? Because his characters are very appealing and because of the realistic settings of his stories. In addition to bringing to life the slums of Oliver Twist, the boring classroom of Hard Times, or the scary cemetery in which Scrooge is buried, Dickens also brought to life objects with his descriptions.

His works ranged from lighter and more humorous stories to ones in which he examined societal problems like workhouses, poverty, and greed. Depending upon which novel one reads you can get an overview of life during the Victorian Era from Dickens.


"So much has Dickens become a part of the popular imagination that his characters have taken on a real and lasting identity"
(Hard Times ix). 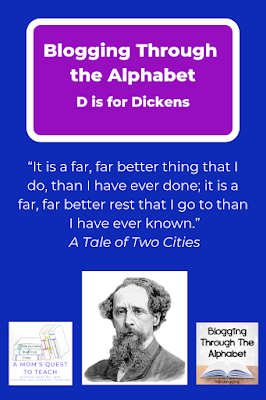 Dickens was born in Portsmouth, England on February 7, 1812 but his family moved to London when he was two. This city would be influential in his novels and stories. Another influence that would play a role in Dickens' works is that of his family's monetary difficulties. His father, John Dickens, spent some time in debtor's prison and at the age of 12 Charles Dickens worked in a factory for a few months to help support the family.

In addition to a brief stint in a factory, Dickens also worked as a newspaper reporter which would help his writing develop. He would use the skills acquired reporting on debates in Parliament to help him write very convincing character dialogues in his fictional works.

Charles and Catherine Hogarth married in 1836 and had 10 children but they separated in 1858. One of the reasons for the disenchantment of Dickens with his wife is said to be the number of children he had to support. He blamed this upon her. Even though Dickens wrote that they separated amicably, Catherine did not get to see her children beyond their oldest, Charley, who moved in with her.

Mr. and Mrs. Dickens did travel together to America in 1842 where Dickens met Edgar Allan Poe in Philadelphia. There are several letters between the two authors providing evidence of their meeting.


In addition to writing, Dickens was also interested in drama and the theater. He enjoyed attending the theater as well as producing and acting in amateur productions. One of his joys was reading A Christmas Carol aloud to his family and friends. At the first reading in 1853, the story took three hours to read but by the time he was done condensing it, A Christmas Carol would only take one hour to share aloud. According to Cedric Dickens, Charles Dickens' great-grandson, "He wrote rattling good stories to be read aloud, read to an audience of family and friends" (as quoted in Christmas with Dickens by Cedric Dickens). Do you read aloud any of the works by Charles Dickens? 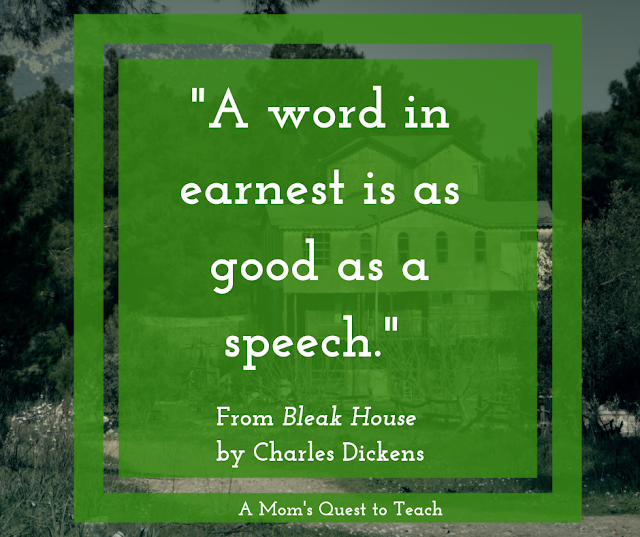 Do you have a favorite Charles Dickens' novel or short story?


Interested in reading more about Edgar Allan Poe or perhaps looking for a good study guide for a work of C. S. Lewis? Be sure to check out my other posts.

Join Blogging Through the Alphabet

Blogging Through the Alphabet Co-host HTML