Blogging Through the Alphabet: G is for Going to the Movies 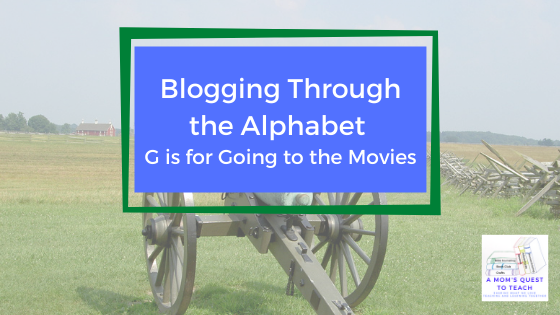 Movies Based Upon Books

Gettysburg, based upon the novel The Killer Angels, and Gods and Generals, which is a prequel to the 1993 Gettysburg, are both very popular among history teachers and history lovers. Both movies are rather lengthy, as they are trying to capture important moments in history.
Personally, I have found that while Gods and Generals is very interesting to students who really enjoy history, Gettysburg, with its battle scenes and action, is more appealing to many. I remember sitting in a fellow teacher's classroom while he showed his class Gods and Generals and being very interested in the movie. Meanwhile, most of his students were doing things other than watching the movie.
A book (and movie) that is at the center of debate off and on is Gone with the Wind. Published in June of 1936, it sold 50,000 copies in one day. Within six months of its publication, it sold one million copies during the Great Depression. An amazing testament to the desire of Americans to read about the Civil War – at least a fictionalized account. While the book has been extremely popular, many individuals only think of the movie with Clark Gable and Vivien Leigh when they hear the name Gone with the Wind. Some have argued that Gone with the Wind is Margaret Mitchell's romance of the South written through her lens of an upper-middle-class, white woman. And while she did write the book primarily for a Southern audience, the book (and movie) did gain a global audience.
If you want to compare the movie and book of Gone with the Wind, a good place to start is with The Civil War in Popular Culture by Jim Cullen. In one chapter, Cullen examines several viewpoints surrounding both and helps readers understand Gone with the Wind in terms of the 1990s (that is when The Civil War in Popular Culture was published).
While I have viewed the other three film adaptations and read the corresponding books, I have not read through the entire work of The Red Badge of Courage, nor have I watched the movie. According to American Battlefield Trust, it is a faithful adaptation of the book, but I know that some have found issues with the novel itself for the themes it discusses. Have you read or watched the movie? 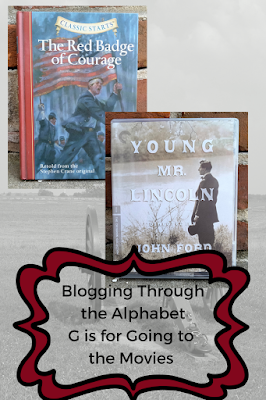 There are many movies based upon different individuals, units, and battles of the Civil War where liberty is taken with the story and plotlines. For example, in the movie Glory, we learn of the 54th Massachusetts Volunteer Infantry, but only some of the leaders of the units are portraying real men. The characters portrayed by Denzel Washington and Morgan Freeman were not real men who were on the rolls of the 54th but rather compilations of men who served.
While the movie Glory is a good introduction to the 54th Massachusetts Volunteer Infantry and the life of African American regiments during the American Civil War, it is often compared to a World War II movie. We have several key personalities serving in the same unit who must work together for the bigger cause. These fictional characters are stereotypes of many in other war movies, but I don't think that makes Glory any less important. It just means we need to dig deeper into our history books to learn more about the 54th.
One movie that I haven't seen yet that I would like to is Andersonville. While it is loosely based upon a Civil War diary, it is a fictionalized account of life in the notorious prison. And even though there are critics of the film, I think that any movie that helps spark an interest in learning more about real events has done its job.
There are a number of movies based upon the life of Abraham Lincoln including:
Just as there are many books on the 16th President's life, there are many movies. With each of these, we need to watch them and understand the time period they were produced in and how that might have impacted the telling of Lincoln's history.

These are just a few of the movies that one can use when studying the American Civil War. There are also documentaries, such as Ken Burns' The Civil War, television specials, virtual tours of the battlefields, and many fictional movies set in the Civil War time period. If you want to bring history to life, you only need to do a few minutes of research to find a movie to include. I would then recommend spending much more time in finding out how accurate that movie is, historically.
Do you want to join? Check out the following two places for the link up.
Desiree @ Our Homeschool Notebook
Chareen @ Every Bed of Roses
Posted by Kristen of A Mom's Quest to Teach at 11:00 AM