Blogging Through the Alphabet: E is for Elmira Prison 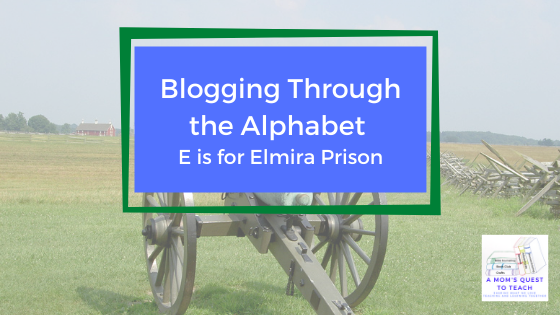 Even though it was open for only a short while, Elmira Prison in New York became infamous for its horrible conditions. It was actually given the nickname "Hellmira" and was called "Hell on Earth" by many of its residents. There is a lot of attention given to Andersonville, but Northern prisons like Elmira also "killed more than their share of Southern soldiers" (Civil War Prisons edited by William B. Hesselfine, 80).

Of the more than 150 soldier prisons during the American Civil War, they fall into five broad classes:

The prison at Elmira, New York, began as a prison camp on May 15, 1864. The Adjutant General E. D. Townsend said there were unoccupied barracks that could house prisoners. This was all the start that it needed. There was room for about 5,000 men, but it was believed that about 10,000 prisoners might be sent to Elmira.

Elmira Prison would sit on about 30 acres in a not-so-great location. There was a one-acre lagoon of stagnant water. This lagoon would be named Foster's Pond and would be used as both a latrine and garbage dump. This 'pond' impacted the lower level of the prison building, which would flood. This area would later be used as the hospital area. Can you imagine how unsanitary the conditions were on the lower level?
The barracks were quickly erected, which led to unsealed roofs that leaked and floors that also let in water. Add into the hastily built structures the fact that Elmira was very, very cold for four months of the year and the buildings were not adequate to house the Confederate prisoners.

Tragedy Strikes and an Odd Pastime

The fourth group of prisoners to arrive met with great tragedy on July 15. The prison train collided with a freight train. Forty-eight prisoners and seventeen guards were killed, and hundreds of prisoners – and at least eighteen guards – were injured. The bodies of the dead were buried near the prison, but there were never any attempts to identify the prisoners or the guards.
In July 1864, shortly after Elmira opened, platforms were erected outside the prison. What was the purpose of these platforms? People paid a fee to those who built them in order to see into the compound and view the prisoners. They gawked at the Confederates imprisoned in Elmira. 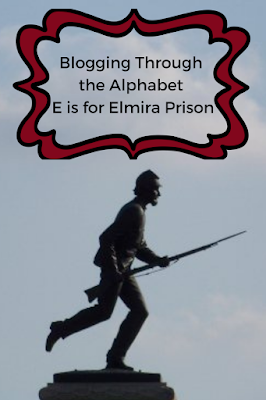 Similar to other prisons during the American Civil War, overcrowding was a major problem. By mid-August 1864, there were 9,600 men housed at Elmira. There was not enough food to feed them, so starvation became a problem in addition to the horrific housing conditions. The smell of Foster's Pond became unbearable during the summer months, adding to the poor health of the prisoners.
To help decrease the number of prisoners, the two governments worked on prisoner exchanges. Elmira was only to send those prisoners who could make the journey south. This did not happen. Of the 1,200 prisoners who were part of the exchange, many were in extreme or poor condition. There were 45 who were dying and 60 declared unfit for travel when they reached one of their many stopping points.

The problems of Elmira prison were similar to most of the prisons during the American Civil War in both the North and the South. 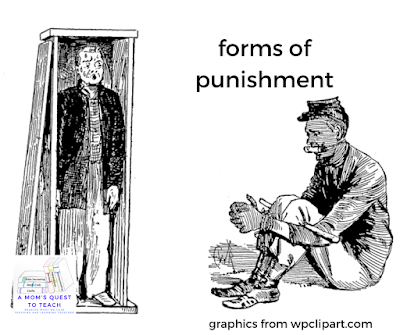 The End in Sight

After the surrender at Appomattox, the paroling of the prisoners began. Elmira was vacant by July 5, 1865. Sadly, Elmira led all other Northern prisons in the number of deaths for six of twelve months it was in operation. By March of 1864, there was an average of 16 Confederate deaths each day. Of the 12,124 Confederate soldiers imprisoned at Elmira, 2,963 died due to sickness, exposure, or other causes. What a sad part of American history.
Posted by Kristen of A Mom's Quest to Teach at 2:42 PM