Blogging Through the Alphabet: A is for Andersonville in History and Fiction 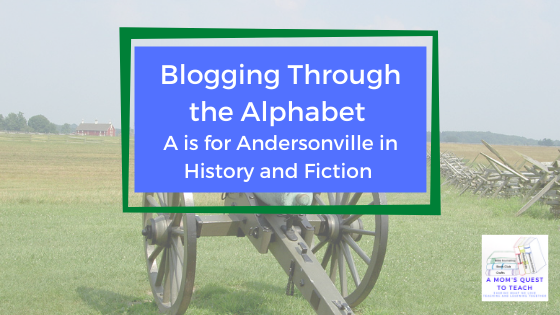 In the history of the American Civil War, there are many horrors that can be shared. From children who lost fathers to fathers who never really came home due to experiences at prisons like Andersonville, life was difficult during and after the Civil War. While reading a recent work of fiction, I was introduced to the idea that the Union soldiers who survived their time at Andersonville may have come home with unseen wounds.

The daily life at Andersonville was one of monotony. The men were responsible for constructing a place to live, trying to keep their clothing, and maintaining some level of cleanliness to stave off illnesses that were always knocking at the door. When they weren't trying to keep themselves safe, clean, and fed, they would talk of potential freedom, the food they missed, the nature of the weather, and their health (or lack of health). And, of course, they spoke about the reports from the field of battle.

I may earn a commission through the links provided.

How does Fiction tie into Andersonville?

I recently read and reviewed the second in the Windy City Saga by Jocelyn Green – Shadows of the White City. As I enjoyed this book set during the Colombian Expedition, I read the first book in the series – Veiled in Smoke. In this work of Christian fiction, Meg and Sylvie Townsend try to take care of their father, Stephen, who is a Civil War veteran who spent time as a prisoner in Andersonville. He returns home after the war a changed man.

I must admit to never really thinking about how the men who suffered in Civil War prison camps would fare at the end of the Civil War. It only makes sense – after reading Veiled in Smoke – that some of the men would suffer PTSD, which was referred to as 'soldier's heart.'

In this fictional account, Stephen builds a replica of Andersonville in their backyard, patrols the rooftops of their building with his gun, and cannot bear the affectionate touches of his daughters. He eventually finds himself in an asylum where doctors attempt to treat him for 'soldier's heart.' After a small bit of research, I found the post-war asylums housed many veterans who raged and exhibited peculiar behaviors. Others were documented to see people that they saw die either during battle or, like the fictional Stephen, see the men they could not save in the prisons.

Prisons like Andersonville, Libby, and Elmira caused problems for the men while they were imprisoned and also continued to haunt them after the Civil War ended. How sad are the devastating effects of war! 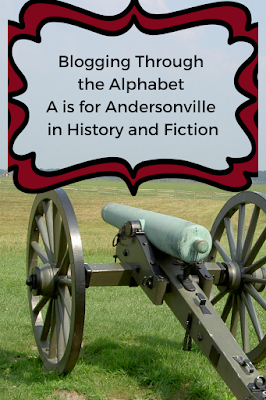 If you would like to join the Blogging Through the Alphabet link-up, please follow these rules:
Visit the co-hosts to link up:
Desiree @ Our Homeschool Notebook
Chareen @ Every Bed of Roses
Posted by Kristen of A Mom's Quest to Teach at 12:03 PM