Blogging Through the Alphabet: B is for Billy Yank 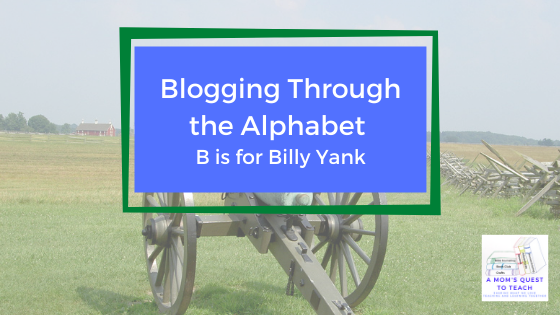 This post contains affiliate links. For more information, please see my Terms of Use and Disclosure Policy page. Thank you.When it comes to nicknames, the American Civil War has provided many:
But one that may have been added after the Civil War was the term, Billy Yank. And it probably gained popularity with a classic Civil War history, The Life of Billy Yank: The Common Soldier of the Union by Bell Irwin Wiley. He had already written a book about Johnny Reb and wanted to pen a companion piece. As Wiley stated, "The two were so much alike that the task of giving this book a flavor and character distinct from The Life of Johnny Reb has at times been a difficult one" (13).

In What Ways Were the Two Soldiers Who Fought for Different Causes Similar?

What was unique about Billy Yank? 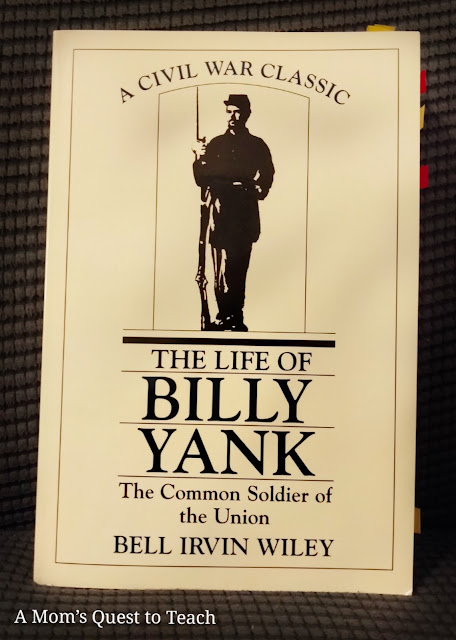 Who Were the Billy Yanks? Who Wore the Blue Uniform?

The men of the Union Army were very diverse. Among the Union soldiers, there were people of various nationalities, races, creeds, and occupations. Different religious denominations were represented, and the age range was quite large. Very young boys would sign up as drummer boys, and men like John Burns from Gettysburg would help fight for the North. We may never know the exact ages of all the Yanks as they often listed their ages as 18 and up – even if they were younger – so they could enlist.
When Wiley investigated 123 company rolls, he created a list of over 300 occupations. What an amazing and varied group of talented men gathered together for a common cause. And the occupations of some of these Billy Yanks included:
But the most numerous group? Farmers.
This diversity in the Union Army meant that they were able to fulfill needs – like print official papers, re-lay railroad rails, and provide entertainment – in between the battles and more. They were resourceful. 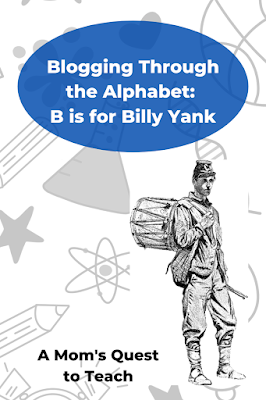 Where Were They From?

While Billy Yank fought for the North, his ancestors (and perhaps himself) were from one of many nations. The majority were Americans. There were regiments made up of solely different ethnic groups like those in New York made up of Germans or Irish or the 15th Wisconsin made up of Scandinavians. And while the Union Army was mostly white, there were 186,017 African Americans on the Federal muster rolls and a brigade of Native Americans in the Indian Home Guard.
The men in blue were a mix of weak and strong men who were sometimes less prepared than other days. They were proud to defend their nation but were also scared at times. I don't think Billy Yank is much different than the men at uniform in any time or place.
If you want to join Blogging Through the Alphabet, please visit:
Desiree @ Our Homeschool Notebook
Chareen @ Every Bed of Roses
Posted by Kristen of A Mom's Quest to Teach at 11:39 AM