J is for Jackson (Blogging Through the Alphabet) 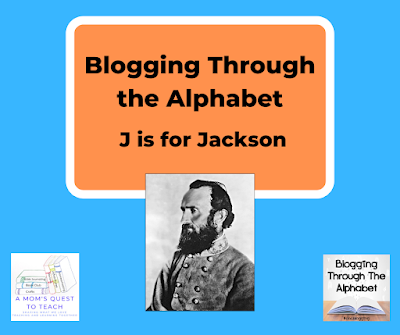 Thomas J. Jackson graduated from West Point in the famous class of 1846. Fifty-three members of the fifty-nine graduating in this class would serve in the Mexican War. Then, twenty of these graduates would fight in the American Civil War. Thomas Jackson was one of the ten who fought for the Confederates. He would go on to be one of the best generals and "a legend in his own time" (McPherson, Battle Cry of Freedom, 342)

Jackson was a former professor of the Virginia Military Institute in Lexington, Virginia before he accepted a commission in the Virginia militia. He held a Confederate garrison at Harper's Ferry (which was made famous by John Brown and his raid there in 1859) and then became a legendary figure at the First Battle of Manassas in 1861. 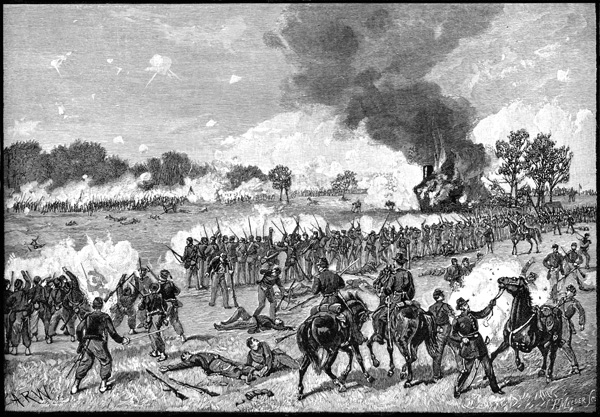 
Most people know Thomas Jackson by his nickname that he gained at the First Battle of Manassas (also known as the First Battle of Bull Run). He earned the legendary nickname on Henry House Hill. The Confederate regiments were retreating across the hill at noon on July 21, 1861 when Jackson led fresh troops just behind the crest of the hill. 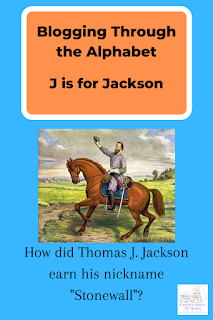 General Barnard Bee of South Carolina, in an attempt to rally his brigade that was breaking down, pointed at Jackson and shouted something to his men like: "There is Jackson standing like a stone wall!" (There is actually some controversy as to whether the statement was meant to be positive or negative towards Jackson. Was it a compliment that Jackson was standing in the midst of battle like a stone wall, unconcerned with the danger? Or was it said by Bee because he felt that Jackson was standing still and not doing anything in the middle of the retreat? We will never know because Bee was killed soon after his statement.)

Jackson's brigade stopped the Union and they suffered more casualties than any other southern brigade that day. The actions of the Confederates here allowed them to hold the high ground from the Union and win the First Battle of Manassas.

Whether Bee meant it to be positive or negative, Jackson received the nickname "Stonewall" Jackson and his men became known as the "Stonewall Brigade." Jackson and his men would go on and fight a successful campaign in the Shenandoah Valley, in the Seven Days' Battles, the Second Battle of Manassas, at Fredericksburg, and at Chancellorsville. 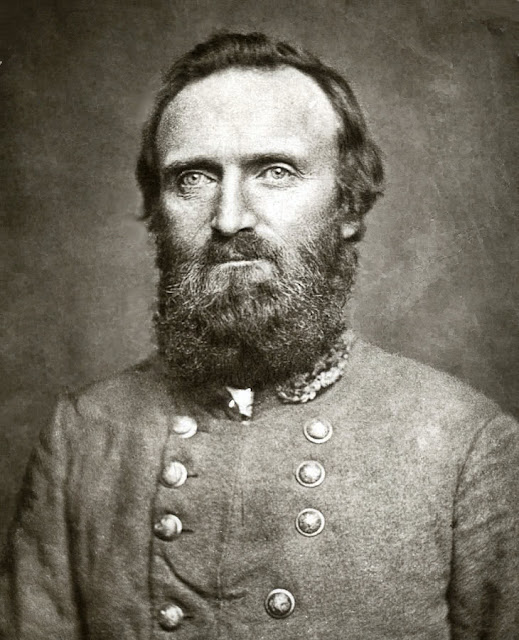 
After the Battle of Chancellorsville, Jackson was reconnoitering with his men on May 2, 1863 and was struck by friendly fire. He was first taken to a field hospital near the battlefield and his left arm was amputated. Jackson was next removed to a second field hospital about 30 miles from the battlefield and died there on May 10, 1863. Personally, I can only imagine the advantage Lee might have had if Jackson had not died in May of 1863. The results at Gettysburg and the rest of the war may have been different.

You are invited to the Inlinkz link party!
Click here to enter
Posted by Kristen of A Mom's Quest to Teach at 1:01 PM