Book Club: Book Review: Shelter of the Most High 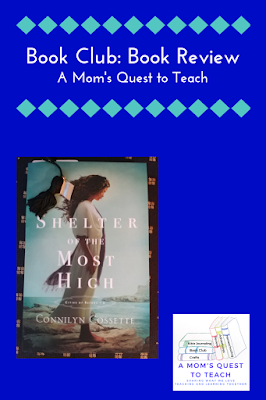 Disclaimer: I received this book for free from the publisher in return for my honest opinion. All thoughts and opinions are my own. This post contains affiliate links. For more information, please see my Terms of Use and Disclosure Policy. Thank you.

From the crash of the ocean to a welcoming inn in Kedesh, Shelter of the Most High by Connilyn Cossette is a fabulous book that truly brings to life individuals living during the interim period between the Conquest and the Judges of the Old Testament. This book is the second in the Cities of Refuge Series but I did not feel at a loss for not having read the first book – A Light on the Hill.

Shelter of the Most High opens in 1388 BC on the Island of Sicily with Sofea and her cousin Prezi enjoying the water and caves along the coastline before returning to their pagan village to help with the fish. The lives of the two young girls quickly changes when pirates attack their village and take Sofea and Prezi across the sea to the shores of Canaan. Both girls have to overcome physical, social, and psychological challenges as they spend their time in Kedesh – a city of refuge. Under Hebraic Law, cities of refuge were appointed by God – and told to Joshua – to protect those who accidentally kill another. The killer would cry for refuge from the city elders and would be judged accordingly. (See Joshua 20 for more on the topic.)

In addition to telling the story from the viewpoint of Sofea, we also see events as they unfold through the eyes of Eitan, an Israelite living in Kedesh with his adopted mother, father, and siblings. After Sofea and Prezi are brought to his mother's inn, we see his growing interest in Sofea as well as learn more about the past he has guarded from friends. 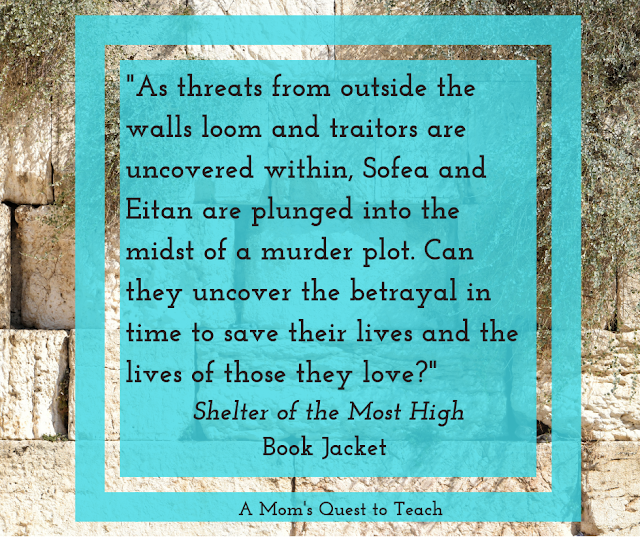 The changing back and forth between the viewpoints of Eitan and Sofea was smooth and – from my viewpoint as a reader – was not confusing. I enjoyed being able to see a bit more into the reasons behind their feelings and actions. For example, we see the blossoming love between them from Sofea's viewpoint: "His accent curved around my name, lending it fresh beauty and a sense of intimacy that I knew I should not desire" (127). And with Eitan we learn of his growing love as he "kept my eyes roving over the teeming crowd, hoping to catch a glimpse of Sofea" (149).

There were moments, while reading the book, that I laughed aloud, felt sorrow and cried with the characters, and felt happiness for them as events worked themselves out for the main characters. It was a very quick read because it was so enjoyable.