V is for Viking (Blogging through the Alphabet) 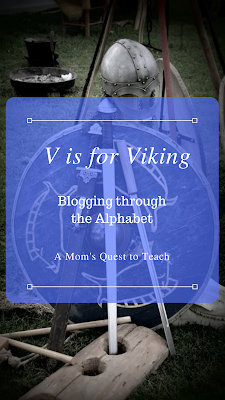 Crashing through the waves on a longboat, men seeking adventure, or warriors charging into battle with axes raised – these are some of the images that might come to mind when hearing the term, "Viking." We often think of the various gods and goddesses of Norse mythology, too, as movies and television shows depict them in pop culture.

Vikings voyaged along the coasts of Western Europe and traveled as far as North America and to the Black Sea. They were great maritime warriors who were also great fighters on land. Historians aren't positive about why they started raiding other kingdoms and villages but it might have to do with their family structure and inheritance system. Only the eldest son would inherit from their father so younger sons needed to make their own way in the world. Going on adventures and conquests would be an excellent way for younger sons to gain treasure to set up their own household.

One of the earliest known raids occurred in 793 at the monastery in Lindisfarne. This monastery was a center of Christian learning off the Northumbrian coast and chroniclers write of the monks being either killed or taken away and of the looting of treasure by the Vikings.

During the 830s, the Viking raids increased and they visited numerous places and cities including: Antwerp, Paris, the coast of Spain, the coasts of the Black Sea, and Constantinople.

Why were the Vikings so successful on their raids? Why didn't people just prepare for their arrival and fight back? The Vikings were able to concentrate all of their raiding forces at an unexpected point to launch their attack. For example, they could land wherever they wanted by merely grounding their vessels on the beach.

The voyage from Denmark to England in a longboat would only take about two days.

And even if they were repulsed, they could quickly relaunch because their longboats had a prow at each end. They did not need to turn their boats around for a rapid escape.

The skills of their everyday life prepared the men for their raids. They didn't need any specialized training because sailing, warfare, hunting, and sports provided the means to learn how to be a good Viking warrior. Even the fact that they were living in dangerous times aided them in preparation. 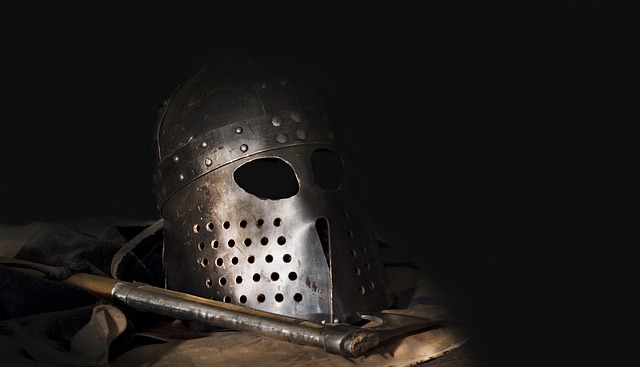 Over time, the wintering camps of Vikings became permanent bases and they expanded their control and rule in other lands. For example, the Danes took control over Northumbria, East Anglia, and Mercia. By 911, they controlled Normandy. Eventually, they even held territory near Novgorod and Kiev. As they intermarried and became more settled, the Vikings raided less. Their armies still terrified other kingdoms (the Vikings were physically stronger and could wield larger weapons) but they did not embark on as many conquering raids. 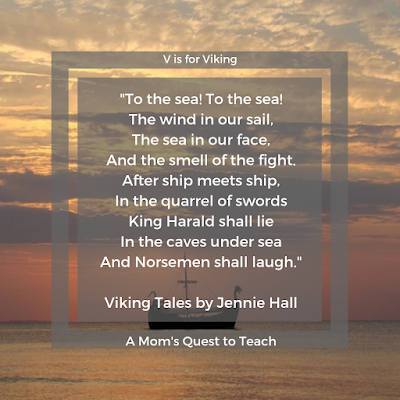 There was a special group of warriors who were wild and were said to owe allegiance to the one-eyed Norse god, Odin. These 'berserkers' were said to truly believe in the idea that a warrior should die heroically in battle. Even though historians debate their existence, we can find details about them in Norse literature. They fought wearing bear or wolf skin – no armor. Before battle they would enter a trance-like fury which would enable them to fight ferociously. Supposedly, they would growl and roar before charging into battle and were said to be immune to pain.


Homeschooling and Learning about Vikings 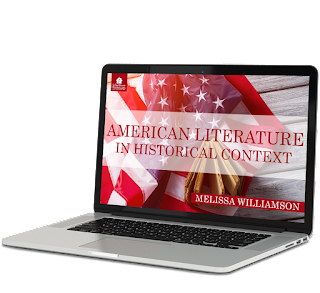 We have been using SchoolhouseTeachers.com this year for our teen and his homeschooling needs. One of the courses he has been taking is American Literature in Historical Context, which looks at literature from pre-colonization to post-modernism. One of the first works that he read was the Viking Tales by Jennie Hall. After reading several tales, our son completed a journal entry in which he examined the character traits of the Vikings.

American Literature in Historical Context is a 36-week text-based course for grades 9-12 designed by Melissa Williamson who has a degree in education in middle grades English and Social Studies. In order to truly understand American literature, students will study the works in conjunction with the cultural and historical events of the time. Personally, I think this is a great idea and this is why we choose this as one of the courses our teenage son is taking this homeschool year.