Master of Macabre: Edgar Allan Poe and the Silver Screen 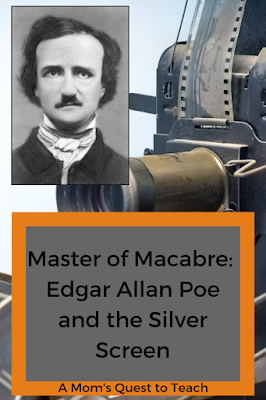 For so many, Edgar Allan Poe's name conjures up images of haunted houses, forlorn young men yearning for lost loves, or animals that seek revenge. These images were partially reinforced by movies and films as writers, directors, and actors sought to cash in on the horror-film genre. Some of the most famous Edgar Allan Poe-related movies are the eight adaptations directed by Roger Corman with quite a few staring Vincent Price. Part of the reason why Roger Corman was drawn to Poe was the fact that he had enjoyed Poe "immensely as a youth." And let's not forget that there was a time when "Poe has a built in audience. He's read in every high school." Unfortunately for Poe, the stories as depicted on the Silver Screen are not quite true to his tales or poems.

There are many different movies and shorts based upon Poe from the reading of The Raven on The Simpsons (this was a favorite with the Park Rangers at the Edgar Allan Poe National Historic Site when I volunteered there during high school) to the 1986 television movie with George C. Scott – The Murders in the Rue Morgue.  Let's examine two different works, both from Roger Corman, to see how Poe's work has been displayed on screen. 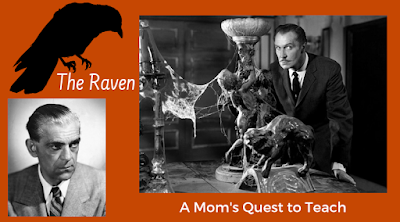 
The 1963 movie The Raven was shot in 15 days and billed as a straight horror picture starring several well-known horror actors including Vincent Price, Peter Lorre, and Boris Karloff. While Edgar Allan Poe only made $9.00 from the sale of his poem, this movie grossed $1.4 million. In general, one needs to watch The Raven for what it was – an adaptation meant as a comedy  – and not as one wants it to be. Yet one would never know from the trailer of the movie that it was a comedy.

There was a paperback novel tie-in, a comic book, and a promotional 33 rpm record of Peter Lorre reading selected stanzas of The Raven. It garnered mixed reviews. Variety wrote that "Poe might turn over in his grave" but that audiences will love it while Time wrote "children scream with terror while their parents scream with glee." 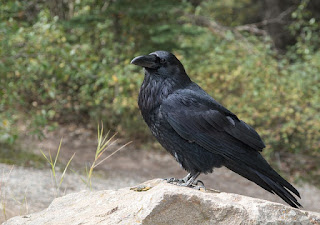 Behind the scenes, there were clashes between the actors and their methods of acting. Both Karloff and Price were trained as classical actors so the improvisation of Lorre annoyed Karloff at times. In general, though, the actors got along well and I think that shows in the movie.

In the movie, The Raven, Craven (Price) and Scarabus (Karloff) are two 16th-century rival sorcerers who eventually fight in a wizard's duel. Lenore, the love of Craven, was under the spell of Scarabus and everything seems to work out in the end.


The Fall of the House of Usher


One of my favorite tales of Poe's is The Fall of the House of Usher due to the wonderful opening sentence. It invites the reader to learn more about stealthy servants, subterranean passages, and the changing of the narrator's childhood friends.

The House of Usher, released in 1960, was a critical and commercial success for Corman and was the first of his eight movie adaptations of Poe's works. Richard Matheson's screenplay has been described as the most faithful adaptation of the story. The movie further develops the family history of the Ushers and really brings forth the house as a monster. In some respects, one could say that this movie, of all of the many Poe adaptations, exploited Poe more tastefully.

Personally, I feel that the movie does evoke the feelings of the short story even to the closing sequence of the movie. 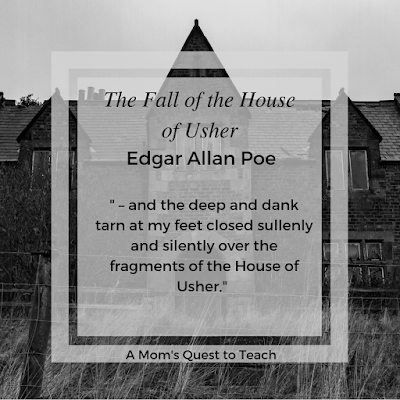