I is for Imhotep (Blogging Through the Alphabet) 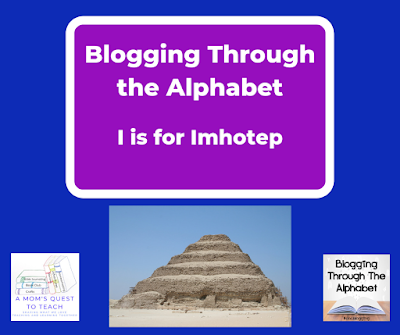 If you are a fan of the Mummy movies, you may be familiar with the name of Imhotep. The titular character of the original 1932 Universal film (as well as the remakes in the late 1990s and 2017) is the high priest, Imhotep.

Who Was Imhotep Really?


Besides the movie character, Imhotep, the most famous one is probably that of the great vizier or chief minister to Djoser (pharaoh during the third dynasty of the Old Kingdom). Imhotep was the architect of the Step Pyramid in Saqqara. He was remembered through Egyptian history as a sculptor and eventually was deified about 2,000 years after his death. He was identified with the Greek god, Asklepios (god of wisdom and medicine).

Imhotep as a god


Besides being the vizier of Djoser, Imhotep has been stated as having medical knowledge and being a priest. His fame grew over the years and he was deified. He would be compared with the Egyptian god of Thoth (god of wisdom) in addition to the Greek god Asklepios. 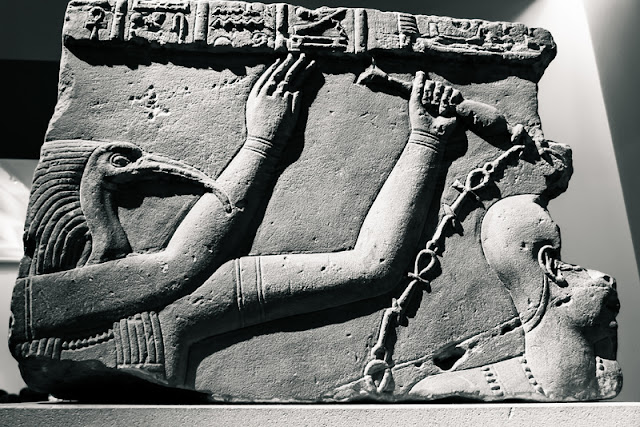 Healing sanctuaries would be built, including one within Hatshepsut's mortuary temple at Deir el-Bahri. At these sanitariums, individuals hoped to receive a helpful or healing dream when they slept there. Eventually, Imhotep came to be seen as the son of Ptah. He became a favorite of bronze figurine sculpting during the late Egyptian and Graeco-Roman periods.

There was also a cult center – the Asklepion –  which was visited by pilgrims. These visitors left behind mummified ibises and clay models of body parts that they wished to be healed. When searching for the tomb of Imhotep at Saqqara, the sacred animal cemetery was accidentally found. 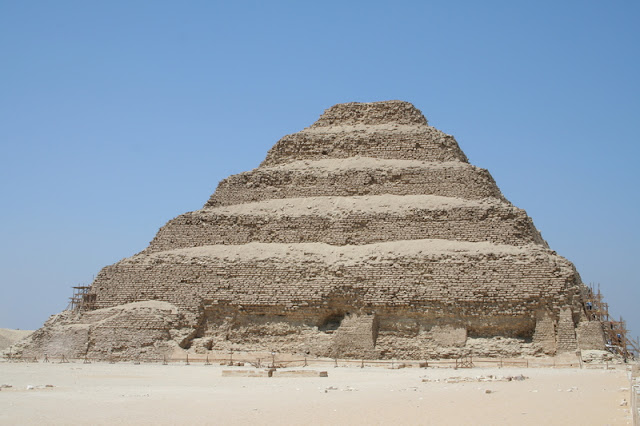 The Step Pyramid at Saqqara


Imhotep's pyramid was built c. 2650 BC for the third dynasty pharaoh Djoser. It measures 60 meters tall and at the time of its construction was the largest monument in Egypt. It was also the first to be built from blocks of limestone rather than mudbrick. It really does not look like the pyramids one typically associates as being in Ancient Egypt. It started as a mastaba (stepped burial building) before additional levels were added to create the pyramid effect. It developed in stages as the four sides were extended from the original square tomb and then converted into a six-stepped pyramid.

The design may have taken on a step appearance as Pyramid Texts would discuss the ascent of the pharaoh climbing into the heavens. Perhaps this was designed by Imhotep as a ladder for Djoser to reach his destination in the afterlife.

In addition to the Step Pyramid, the area contains a funerary complex of mortuary temples and a statue chamber. An inscription on site honors Imhotep as the master carpenter and sculptor along with carvings stating that Imhotep was a priest. 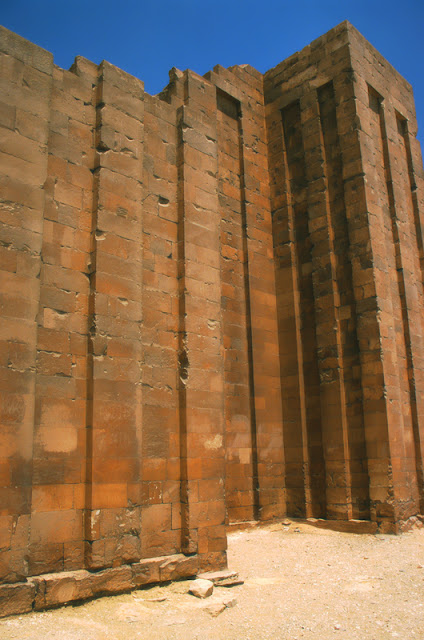 There is a wall that surrounds the funerary complex at the Step Pyramid built of limestone but it imitates the mudbrick of earlier tombs. There is a roofed passageway with stone 'logs' carved for the roof and 'wooden' doors carved into the walls with hinges reproduced. The detail in the project sounds quite amazing. 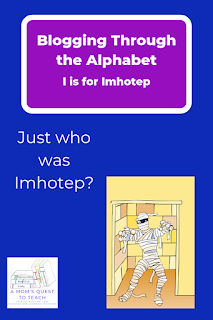 Imhotep in the movies


The movie character named Imhotep (first played by Boris Karloff) was a high priest who wished to resurrect his girlfriend (Ankh-es-en-amon or Anck Su Namun). To do so his stole the scroll of Thoth and when discovered, his punishment was being buried while alive. Thousands of years later Imhotep's sarcophagus is discovered by archaeologists who accidentally bring him back to life by reading the scroll of Thoth that was buried with him. The newly-risen Imhotep uses his powers over the mind in his quest to secure the love of a woman who he believes is the reincarnation of his beloved princess. The other details of the story depend upon which version of The Mummy one watches.

Would you like to learn more about Ancient Egypt?


There are so many intriguing figures in Egyptian history. From studying mummies in general to reading about the gods and goddesses worshiped in Egypt, there is so much we can learn about the past.

Do you want to join Blogging Through the Alphabet?


You are invited to the Inlinkz link party!
Click here to ente
Posted by Kristen of A Mom's Quest to Teach at 9:25 AM