C is for Chamberlain (Blogging Through the Alphabet) 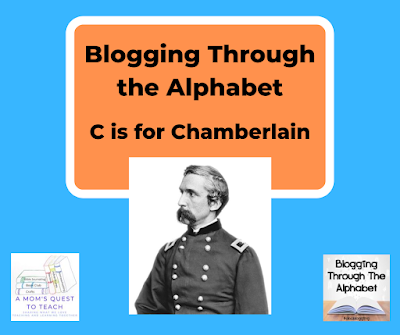 Joshua L. Chamberlain gained fame and notoriety to non-Civil War enthusiasts and history buffs thanks to the book The Killer Angels and the movie based upon it, Gettysburg. At the Battle of Gettysburg, Chamberlain and his regiment, the 20th Maine Infantry, charged down Little Round Top with bayonets drawn to meet the Confederate soldiers. If you have read either the book or seen the movie, it is a truly amazing decision during a difficult battle. However, he did not just serve in one battle. He served in over 20 engagements including participating in the official surrender at Appomattox.


The eldest of five children, Joshua Chamberlain was born in Maine on September 8, 1828. His family made their livelihood through farming and logging. As a young adult, Chamberlain worked on the family farm. He attend Bowdoin College in Brunswick, Maine and graduated in 1852. He would return to join the staff in 1855. He was a professor of rhetoric, oratory, and modern languages at Bowdoin College. 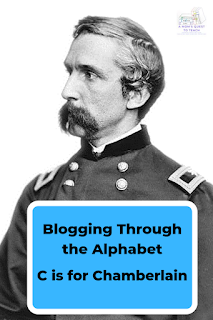 The Civil War Breaks Out


After offering his services to the governor of Maine, Chamberlain was appointed Lieutenant Colonel of the newly formed 20th Maine Infantry. The 20th Maine was created from the surplus volunteers after Maine outfitted four other regiments at the request of President Lincoln.

Involvement in Battles Prior to Gettysburg


After training and drilling, the 20th Maine made it to the front for the battle of Antietam on September 17, 1862 but they were held in reserve. Their first real action would be at Fredericksburg in December 1862.  The 20th Maine was involved in the failed attempt on Marye's Heights at Fredericksburg.

The Confederates held the high ground at Marye's Height which forced the Union to go uphill towards a "death-delivering stone wall" to quote Chamberlain. He witnessed five charges of the Union up the hill. The "tears ran down the cheeks of stern men, waiting, and almost wishing to be summoned to the same futile, glorious work." The 20th Maine did not lose many men but Chamberlain was one of the men forced to spend a cold night among the dead and dying, taking cover from Confederate fire during the night after the attack on Marye's Height. 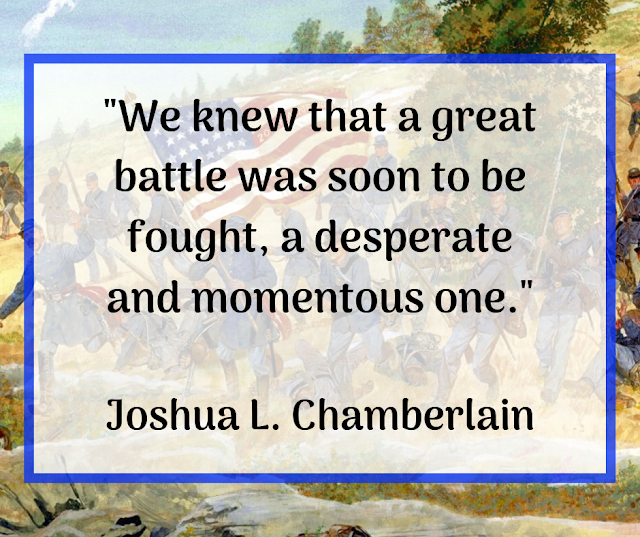 
The 20th Maine was posted on the extreme left of the Union line at Little Round Top. The need to seize and keep Little Round Top was made clear by General Warren. As Chamberlain's men moved to take the hill, Confederate General Longstreet's batteries turned their entire force upon them. The Confederates wanted to take that spot. Shells burst overhead. Tree-tops were destroyed and rocks splintered around the 20th Maine.

Colonel Strong Vincent told Chamberlain that as this was the left of the Union line: "you are to hold this ground at all costs!" If they couldn't, the Union army could be flanked. They fought for nearly two hours to defend the small, rocky slope of Little Round Top. During lulls, they collected their wounded, dying, and dead and planned the next steps.

The 47th Alabama rallied and things were dire for the 20th Maine. After losing a third of the men and running out of ammunition, the 20th Maine was going to have face another assault by the Confederates who were under General John B. Hood. They needed to take the offensive. 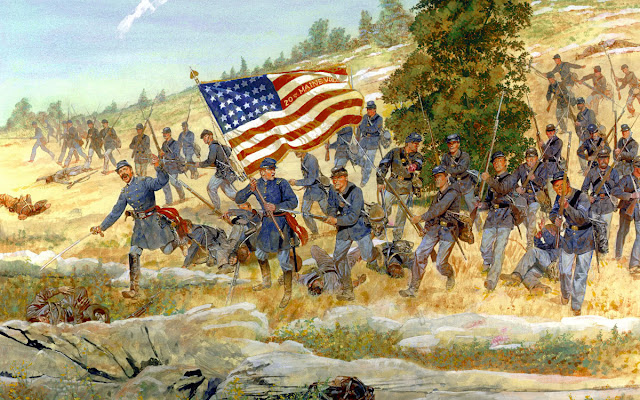 Chamberlain ordered his men to fix bayonets and charge. Two hundred men ran downhill to meet the surprised Confederates from Alabama. After fighting uphill for hours (and probably also due to the shock of the charge by the 20th Maine), the Confederates surrendered. The 20th Maine broke the Confederate ranks and the men threw down their muskets. Chamberlain and his men took in a great number of prisoners. This would led to Little Round Top remaining in Union hands.


During his service, Chamberlain was wounded six times. After his wounding at the Battle of Petersburg, he was promoted to the rank of Brigadier General.

After Grant and Lee met at Appomattox to sign the surrender and end the Civil War, Chamberlain was in charge of the formal ceremony in which the Confederate troops stacked up their arms and surrendered their flags. Grant and Lee had already left and the ceremony was held on April 12, 1865. The southerners were led by General John B. Gordon who approached with his head held down and dejected. Chamberlain gave a brief order and the Union soldiers shifted to carry arms, a salute of honor. The southerners surrendered their arms not in shame but with mutual respect from both sides – after all they were all Americans. 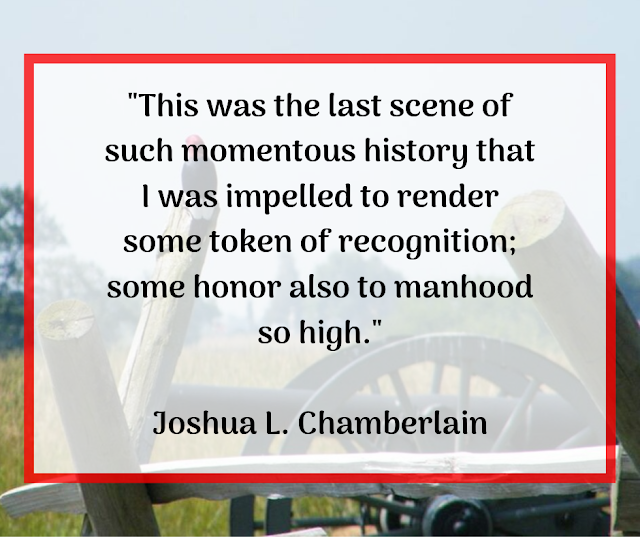 Life After the Civil War


He served as a Republican governor of Maine for four terms during which people said it was an 'era of good feeling.' After those four terms, he was named the president of Bowdoin College. Chamberlain was later appointed by President Hayes as the Commissioner of Education to the World's Exposition in Paris. 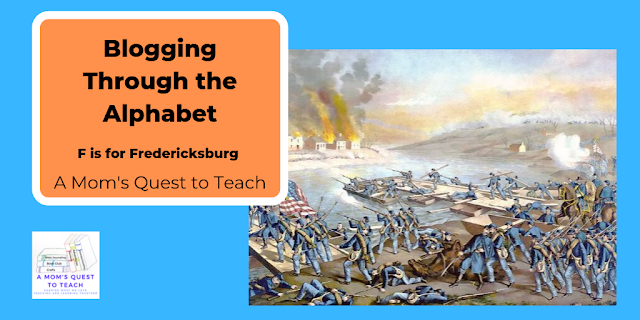 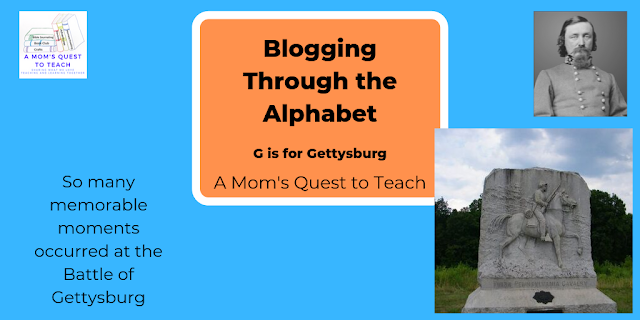 You are invited to the Inlinkz link party!
Click here to enter
Posted by Kristen of A Mom's Quest to Teach at 10:49 AM