S is for Sherman (Blogging Through the Alphabet) 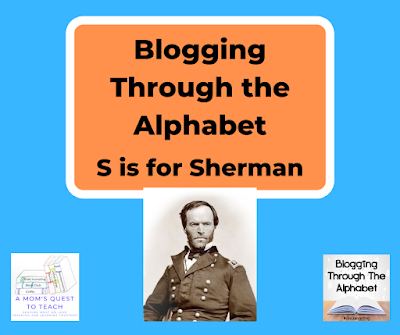 
Hated by many in the South, Major General William Tecumseh Sherman was a key figure in the American Civil War. When his name is said, what image does that evoke for you? Do you think of fire and destruction? Total warfare? Perhaps you've seen Gone with the Wind and images from the movie of Atlanta burned play through your mind. Well, Sherman did not practice cruelty just to destroy land, people, and the livelihood of people; he wanted to end the war as quickly as possible to spare as many lives as possible. But just how did he get this reputation?

Sherman is not the typical Civil War General as he did not fight in the Mexican-American War. After graduating from West Point in 1840 (6th in his class), he served briefly in the Second Seminole War in Florida and then in California. Even though he saw action at the First Battle of Manassas, Battle of Shiloh, and Battle of Chattanooga, Sherman is most known for his involvement with the city of Atlanta and the "March to the Sea." 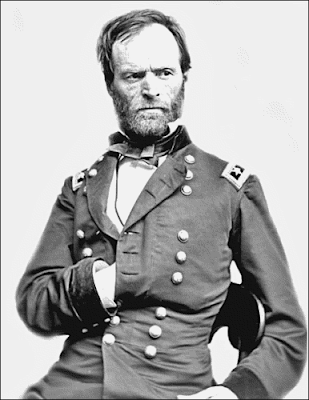 
Atlanta became a vital point for the Confederacy. They needed to hold onto this city. Confederate John Bell Hood needed to hold onto this city. During 1864, Sherman and his men continued to move closer and closer to Atlanta. There were a series of battles that took place around Atlanta that changed the position from which Sherman and his men would be able to approach Atlanta. 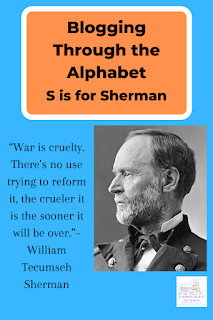 Even though the Battles of Peachtree and Atlanta did not turn the tide for the Confederates, these two battles did stop Sherman along the north and east of the city. He would now approach Atlanta from the west on July 25 through July 27, 1864. This was another failure for the Confederacy as they lost 5,000 men and the Federals only lost about 600. But it did help prevent Sherman from cutting the major supply line into Atlanta.

As time passed, Sherman's men continued to bombard Atlanta and continually worked to cut the rail links between Atlanta and the outside world. In late August, he decided to use the infantry to work at cutting the rail lines. On August 31, 1864, at the Battle of Jonesboro, the Union forces held as the last of the rail lines were cut. The Confederates were forced to give up Atlanta.

The Confederate Army, the Army of Tennessee, evacuated Atlanta the night of September 1-2, 1864 and burned anything of military value left in the city. On September 2, Sherman marched into the city. Praise was showered upon Sherman for his success. 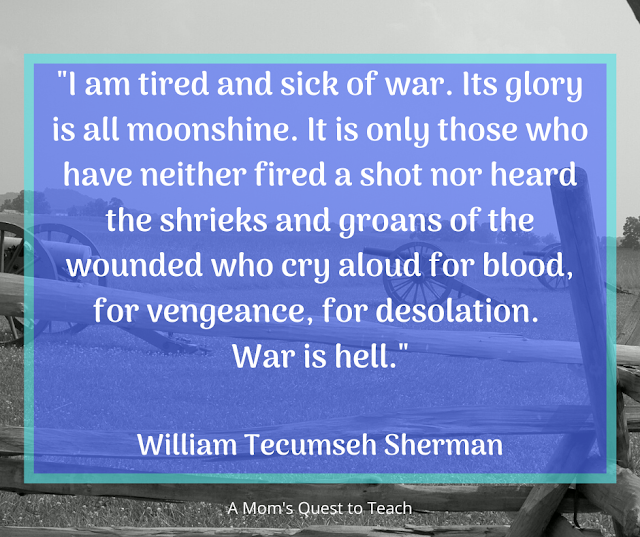 Prelude to the March to the Sea


After some of the troops from Sherman's army were transferred to Nashville, to continue the fight against Hood near Chattanooga, Sherman was left with about 62,000 veteran troops. He kept the best of the men. According to Professor Gallagher, "It's an army that is absolutely perfectly adapted for the kind of campaign that Sherman was going to undertake." These were the perfect men to march the almost 300 miles from Atlanta to Savannah: The march to the sea.

The March to the Sea


On this march to the sea, Sherman was to leave nothing behind that could possibly be used by the Confederate Army. This was total warfare. The idea was to show the Confederate citizens that the United States military was so strong they could reach any part of their nation. Sherman believed the morale of the people would fall.

On November 16, 1864, Sherman and his 62,000 troops left Atlanta and burned what was left in the industrial area. In response to the protest, Sherman said, "If the people raise a howl against my barbarity and cruelty, I will answer that war is war and not popularity-seeking. If they want peace, they and their relatives must stop the war."

Sherman's men were confident as they traversed the almost 300 miles. The cavalry did the fighting but there wasn't a lot of it. The largest army of the Civil War was mostly unopposed as it went through the enemy's territory. They destroyed telegraph lines so that the enemy couldn't get word as to what was happening to their superiors. They also destroyed bridges, tunnels, and railroad tracks. They had a specific way in which they destroyed the ties. The rails were pulled from the ties and heated. When they were hot enough, they were twisted into what were called "Sherman's neckties" or "Sherman's hairpins."

On December 21, 1864, Sherman and his men occupied Savannah. They had traveled about ten to fifteen miles a day and were able to present Savannah as a Christmas gift to President Lincoln. 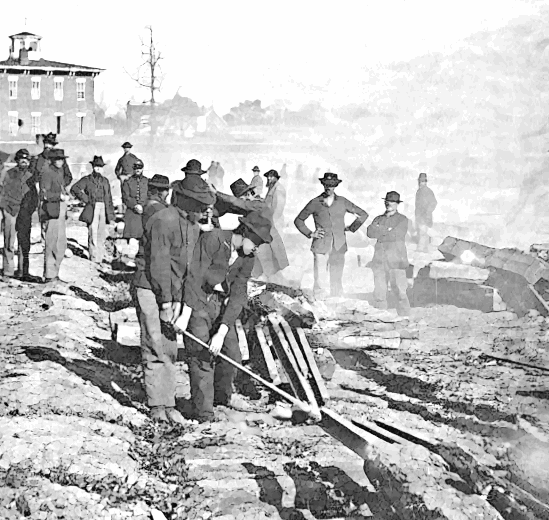 
Sherman estimated that he and his men left behind about $100 million dollars worth of property. Some will have you believe he burned every house in Georgia but, in reality, the damage was great but not nearly as awful as stories would lead you to believe. In fact, there were Confederate deserters and guerrillas who looted along the March to the Sea path.

The morale of the South was impacted quite a lot. The march also had an impact on the war-related industries in the South and railroads. So while a few had their morale bolstered due to the March to the Sea, there was a growing belief that victory might not come for the Confederates.

Were Sherman's actions destructive? Yes, but there was significantly less loss of life during this March to the Sea (which was about 6 weeks long) than there were during the three-day Battle of Gettysburg (3,000 to 51,000 casualties). So, while one is remembered as an extremely significant battle – a turning point – the other is remembered as the act of a barbarian.

You are invited to the Inlinkz link party!
Click here to enter
Posted by Kristen of A Mom's Quest to Teach at 11:58 AM