U is for Underground Railroad (Blogging Through the Alphabet) 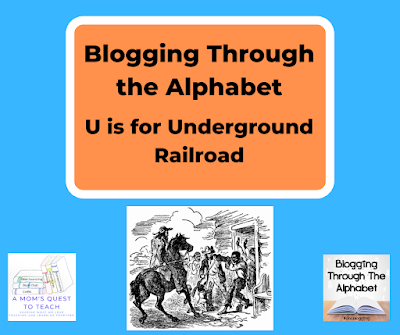 There are so many important people, events, and locations to examine when studying the American Civil War. A topic that should be examined in detail is that of the Underground Railroad. This was not a railroad in the traditional sense but a loose organization of people and places that assisted fugitive slaves escape from the South to the North and to Canada. But even though it was not a real railroad, it still used many of the terms that are familiar with the locomotive railroad such as stationmaster, stations, depots, stockholders, and conductors. It has been estimated that more than 100,000 slaves were moved along the Underground Railroad prior to the start of the American Civil War. 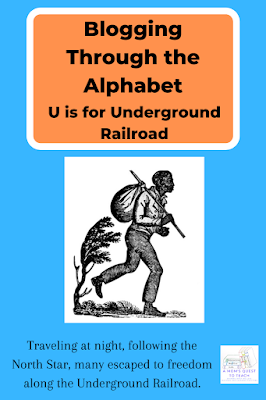 Steps To Run Away


Running away was no easy task. The very first step was to actually escape the slaveholder – whether that was a large plantation or a small farm. Even though there may be resources for the slave as he or she moved along the Underground Railroad, in the beginning they had to use their own resources to get away.

Most of the time, the escaped slaves moved only at night to help avoid detection. And they would need to travel between ten and twenty miles to get from station to station where they would find food, clothes, and other aid. Also keep in mind that the journey would be purposely confusing to prevent those pursing the escaped slaves from recapturing them and sending them back South. 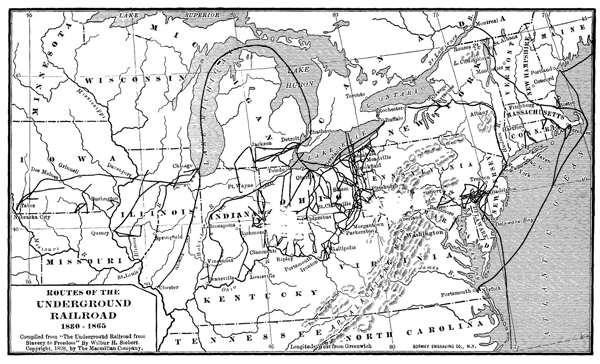 
Probably one of the most well-known individuals associated with the Underground Railroad is Harriet Tubman. She is said to be responsible for helping over 300 slaves escape to freedom across 19 trips she took to the South. It has also been written that she was so good at disguising herself that even her old master did not recognize her when he saw her again.

Levi Coffin as a Quaker was strongly opposed to slavery and as young as 15, he had already helped some slaves escape. He and his wife, Catharine, were said to help over 3,000 escape to freedom. Levi Coffin was nicknamed the "president of the Underground Railroad."

And John Fairfield, the Virginia son of a slaveholding family, was also instrumental in helping slaves escape to freedom. In some cases, he went to great lengths to help slaves escape and he also worked to reunite families. 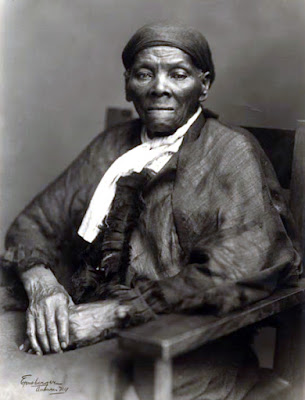 Because Harriet Tubman is so famous, there are a great number of books available to introduce children to the topic of the Underground Railroad. It is often difficult to discuss heavy topics like slavery with our children but it is important to introduce the history of the world in our homeschool at age-appropriate levels. Reading about the lives of individuals like Harriet Tubman is one way to do this with our younger children.


It was very dangerous to travel along the Underground Railroad. Things had be kept very secretive in order to protect everyone involved. There were safe houses or stations where the escaped slaves could rest and recover before being given directions to the next stop or being taken there, perhaps in the false bottom of a wagon. Besides looking for special signs like a lantern in an upstairs window or a 'safe' quilt displayed at a home, they also followed the North Star in the night sky.

When they had ended their journey on the Underground Railroad, escaped slaves had reached the "Promised Land" (North or Canada) which was north of the "River Jordan" (Ohio River which marked the boundary between free and slaves states). Their journey, with its allusions to railroads and the Bible, was filled with danger but also the promise of freedom and a better life.

You are invited to the Inlinkz link party!
Click here to enter
Posted by Kristen of A Mom's Quest to Teach at 1:29 PM