R is for Review (Blogging Through the Alphabet) 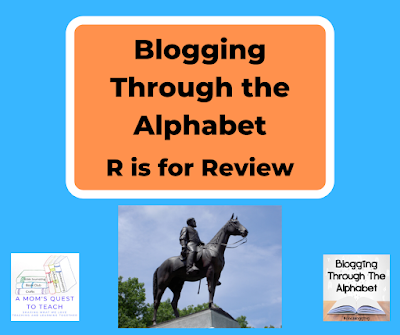 As we are well past the halfway mark of the alphabet, I thought I would share a review of the American Civil War this week. There are so many important topics, ideas, people, places, and events that one can only skim the surface of everything there is to learn about the Civil War as we blog through the alphabet.

Where and When Did It Start?


The most obvious answer is that the American Civil War started when Fort Sumter in the Charleston Harbor on April 12, 1861. The American troops stationed at the Fort were running out of supplies and President Lincoln made it known that he would resupply them. U.S. Major Robert Anderson and his 86 soldiers held off surrendering till 34 hours after a bombardment led by the Confederate General P.G.T. Beauregard.

One could also argue that the raid on Harper's Ferry by John Brown and his men in 1859 was a starting point because of the violence used. Brown's goal was to raise an army of former slaves and eventually free all the slaves in the South. They started at Harper's Ferry as there was a federal arsenal located there. His attempts were quickly put down by a small group of Marines, which included Robert E. Lee, and he was found guilty of treason and hanged. 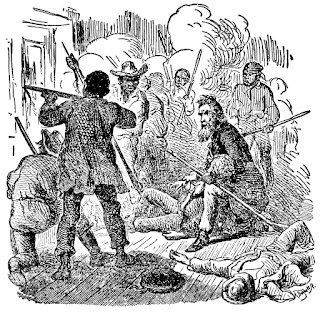 Even earlier than the raid on Harper's Ferry were the events, raids, and attacks that happened in the "Bleeding Kansas" confrontations. With the bloodshed that occurred in the Border Wars between Kansas and Nebraska, one could argue that the Civil War was started as early as 1854. Pro- and antislavery people fought each other to win the area along the Kansas-Missouri border. If the people were going to decide if the states entered as free or slave states, then each wanted their side to win.

All of this just demonstrates how the Civil War cannot really be tied to any one event or cause as there were a myriad of problems all tied up with the idea of slavery, states' rights, and the expansion of the United States and how it would deal with these ideas and problems. It is only right to include the differences between the industrialized North and the agricultural South, the slave revolt of Nat Turner, Uncle Tom's Cabin, the Dred Scott decision, and the election of Abraham Lincoln as reasons as to why the American Civil War happened.

Who are the Key Figures in the American Civil War?


There are a great number of key individuals involved in the American Civil War as well as thousands upon thousands of lesser known men and women who also played an integral role. Who would you say were the most famous individuals from the American Civil War? Would you agree that President Abraham Lincoln is at the top of the list? What about those from the Confederacy? I think there may be disagreement over whether their president, Jefferson Davis, or the leader of the Army of Northern Virginia, Robert E. Lee, was the most well known.

Of course, it might also depend upon which battle you might be studying or which events in relation to the Civil War you are studying to determine key figures. For example, if you are interested in the Western Theater of the American Civil War, you might spend more time focusing upon Confederate Generals Albert Sidney Johnson, Braxton Bragg, and John Bell Hood and the Union Generals Henry Halleck, Don Carlos Buell, and William Rosecrans. On the other hand, you might be more familiar with the Generals who were primarily engaged in battles in the Eastern Theater as they are usually at the center of movies and documentaries about the American Civil War. These men include Confederate Generals Robert E. Lee, James Longstreet, and Thomas "Stonewall" Jackson and Union Generals George B. McClellan, Ambrose Burnside, and George G. Meade.

And we must never forget the common man who served. Over 3 million men served on both sides. There were many factors as to why farmers, skilled laborers, and professionals enlisted. They fought for country, duty, honor, and the right. They may also have enlisted due to peer pressure, to be a hero, and hatred of the enemy. Even though so many of these individuals are unknown, they are still just as important for their part in the American Civil War. 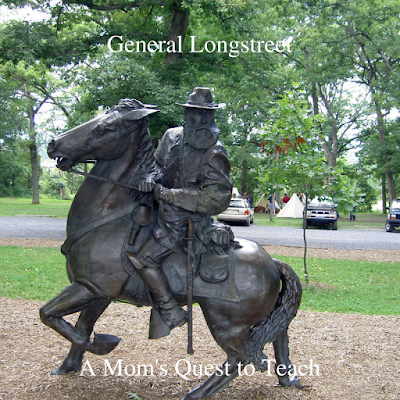 What were the Significant Battles?


From Fort Sumter to Appomattox, there are many important locations and sites for battles and events. When someone says they will be talking about the American Civil War, what battle names come to mind? Do you think of the bloodiest day in the Civil War – Antietam? The first battle in Maryland which was supposed to end the entire war very quickly – Manassas (also known as Bull Run)? Or perhaps Gettysburg which is often described as the turning point of the Civil War?

Here is a list of some of the battles that I think are important to be familiar with when studying the American Civil War: 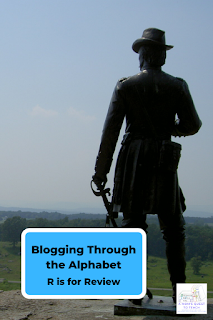 There are lots of resources for studying the American Civil War! I have lots of personal favorites in terms of books, websites, documentaries, and movies. I think one of the most important things to think about when looking for resources is examining the reason behind why something was written or created. Then looking at the year it was written or created. Some will dismiss those works that are older (such as works by Shelby Foote) but I do not think just because a work was published in the 1950s makes it no longer relevant. Yes, new information always comes to light but there is just as important information to be found in the original letters and reports of the men and women who lived during the Civil War as in the works of those who are writing today.

What Sites Should You Visit?

Honestly, I think that if you get the opportunity, you should visit every Civil War site – from those preserved by local historical societies to those that are part of the National Park Service. Each one has an individual story to tell.

For the longest time, I would visit Gettysburg, PA at least once a year. There was something about walking through the town and battlefield that was inspiring and relaxing to me. Perhaps it was because I was so very close to history. And thanks to Civil War reenactors, you never knew when a Confederate solder might appear riding his horse escorting a Union prisoner across the field at Pickett's Charge. Or you might run into lovely ladies in Civil War-era hoop skirts in your hotel lobby. History really came to life and I loved it.

So, if you get the chance, visit a Civil War battle site or home. Stop by the location of the Underground Railroad and learn more about the daring journeys men and women went on to gain their freedom. And perhaps you might be transported to the past and truly understand more about the American Civil War. 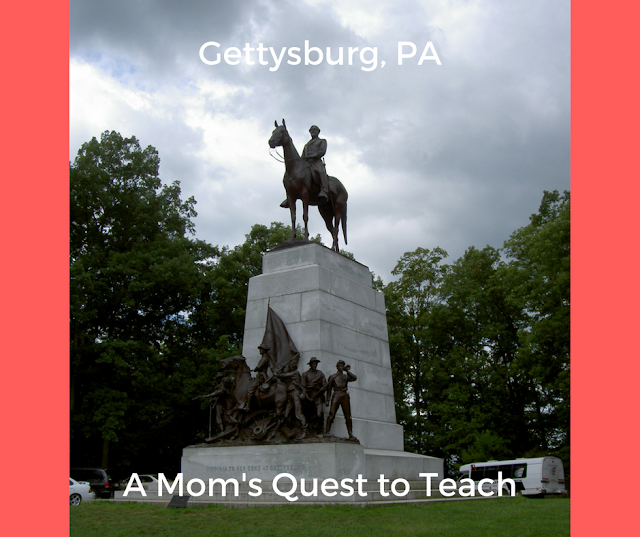 You are invited to the Inlinkz link party!
Click here to enter
Posted by Kristen of A Mom's Quest to Teach at 11:23 AM