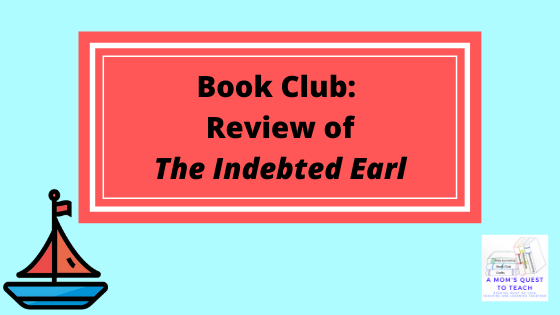 I received a COMPLIMENTARY copy of this book from the publisher in exchange for my honest opinion. I was not required to write a positive review, nor was I compensated in any other way. This post contains affiliate links. For more information, please see my Terms of Use and Disclosure Policy page. Thank you.

I had the privilege of reading and reviewing the first two books in the Serendipity & Secrets series. So, I was very excited when I was chosen to read and review The Indebted Earl by Erica Vetsch. This Christian Regency romance picks up the story of Lady Sophia Haverly, whose brother was the focus of the second book, The Gentleman Spy, after the end of the Napoleonic Wars. We find our second main character in a military hospital in Portugal, and his life quickly becomes entwined with Sophie even though they have not met. 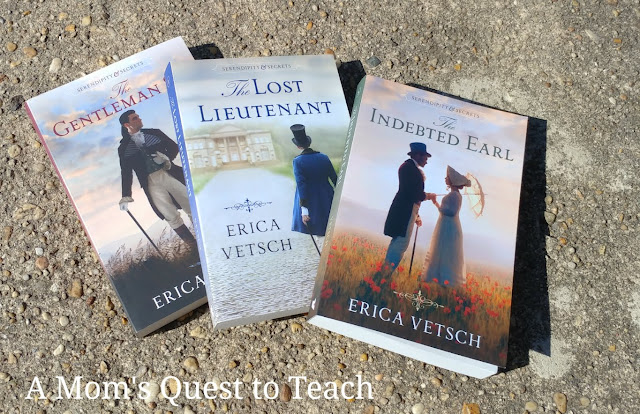 In all three books, we read about strong female characters and male characters who have expected challenges thrust upon them by circumstances. Throughout all the difficulties in the books, the characters do seek the strength that God provides them – even the darkest moments. Sophie loses her fiancé, finds herself thrown out of the home she had recently grown to love, and finds herself in love with three orphaned girls who are wards of the new Earl of Rothwell. When trying to decide what to do, Sophie pours out her heart to God and feels at peace knowing everything would be up to God.

For the majority of The Indebted Earl, Captain Charles Wyvern, the new Earl of Rothwell, finds himself struggling with decisions. He promised Sophie's fiancé, Major Richardson, that he would look after Sophie's needs. How far should he go? Dare he allow his love for her to blossom? Would that be dishonoring the man who had saved his own life? Will he be able to personally care for his new wards, three orphaned girls, or will he send them away to a boarding school? Charles desperately wants to return to sea as a captain of a new ship but with the end of the war, this is not seeming like a possibility. But there are problems that pop up as Charles is offered a new commission: 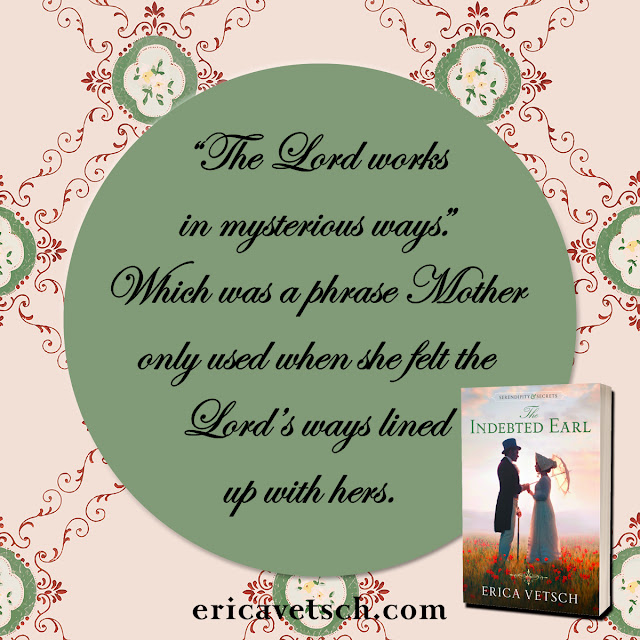 What Do I Think?

I really enjoyed The Indebted Earl. To be honest, this was my favorite of the three books. I enjoyed the strength of Sophie as she stood up for her fiancé's mother, Lady Mamie Richardson, on numerous occasions. As Lady Richardson struggles with memory problems, I loved reading of the change that took place in her under Sophie's care and the love of the three orphaned girls – Penelope, Dorothea, and Elizabeth Pembroke. Her love of both her deceased fiancé and her new husband is beautiful as both loves are completely different. I find Sophie – and all the characters – to be very real.
Can I admit at times I wanted to smack Charles? How could he not see that Sophie loved him? But we wouldn't have a wonderful book by Erica Vetsch if there wasn't tension between the main characters. I was very pleased that Charles was trying to find the best solution to take care of all his new responsibilities, even while he was trying to still pursue his own dreams. And like so many times in life – both real and in fiction – love changes the dreams that people have for themselves. 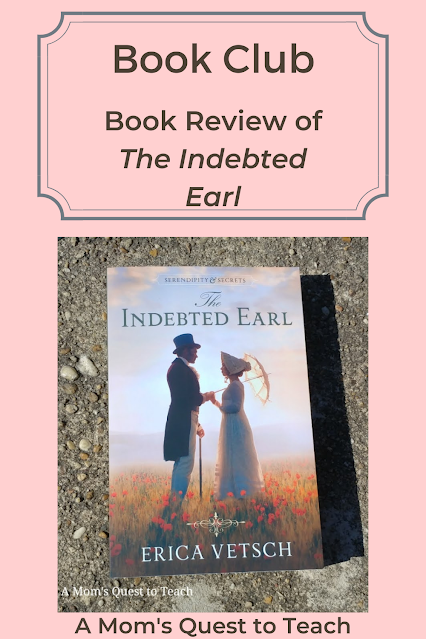 I would recommend The Indebted Earl. Is it necessary to read the books in order? I think you could probably read them out of order and still really enjoy them. The books are connected by the characters in each book but the stories are separate even though they all take place during the Regency period of English history. There are some events that will be given away if you read them out of order but you will still enjoy them.
If you enjoy Christian fiction, Christian Romance, Regency fiction, or historical fiction, then The Indebted Earl is one that I would recommend you add to your to-read list. The romance that blossoms between Sophie and Charles is endearing as it grows. And their open arms for the three orphaned girls are encouraging that even when there are awful occurrences, sometimes things work about for the best.
Read my review of The Lost Lieutenant. Purchase a copy of the book.
Read my review of The Gentleman Spy.  Purchase a copy of the book. 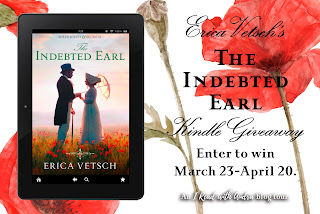