Journaling through the Bible: The Sea 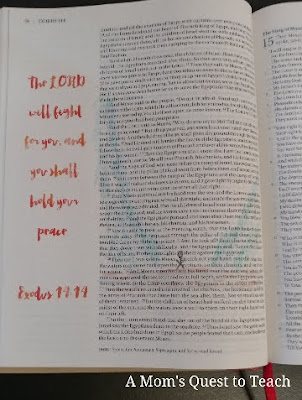 “And Moses stretched out his hand over the sea;
and when the morning appeared,
the sea returned to its full depth,
while the Egyptians were fleeing into it.
So the Lord overthrew the
Egyptians in the midst of the sea.”

What a wonderful image this conjures up. God so loved his people that He protected them from the ten plagues – from waters that become blood, frogs, lice, flies, diseased livestock, boils, hail, locusts, darkness, and the death of the firstborn. He then helped them escape through a sea.

I once viewed a documentary that attempted to explain natural occurrences for each of the ten plagues. While this is all very interesting, I find that – even if everything can be explained scientifically, it does not take away from the wonder of the ten plagues. God still presented the Pharaoh with multiple opportunities to see why he should let Moses and his people go but the Pharaoh chose not to do so. These events are still wondrous as the Israelites escape .

“So the children of went into the midst of the Sea on the dry ground, and the waters were a wall to them on their right hand and on their left.”

This always reminds me of the scenes from The Prince of Egypt cartoon. Stunning. The wonder of God’s creations being held at bay to protect Moses and the Israelites.

This week I linked up with the following blog(s):

Posted by Kristen of A Mom's Quest to Teach at 2:42 PM