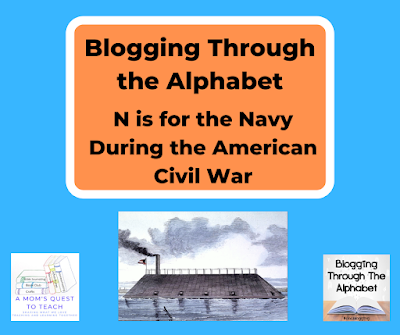 One of the often-overlooked aspects of fighting and influences during the American Civil War is the use of the Navy by both the Union and the Confederacy. In fact, the US Navy had a rather large part in defeating the Confederacy. 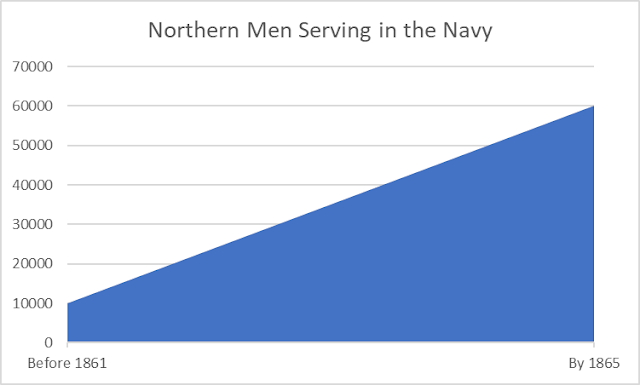 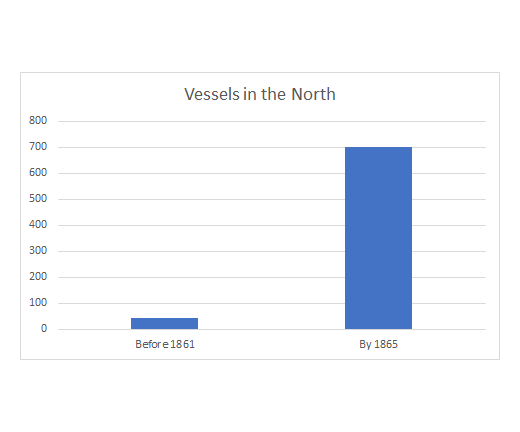 If you take a look at the two charts above, you can see that there was an incredible increase in the number of men serving in the United States Navy by 1865 as well as quite a significant increase in the number of vessels outfitted by the US Navy. These vessels included the new ironclad ships. The North was able to build the vessels and arm them due to their industrial ability. By the end of 1865, the US Navy would have more vessels than even the British Royal Navy. However, in both the North and the South, the Civil War "spurred technological change and experimentation on a wide scale in ordinance, naval architecture, and propulsion," according to Professor Gary W. Gallagher, who has written several books on the American Civil War.

Changes in the US Navy


The Secretary of the Navy, Gideon Welles (who was nicknamed "Father Neptune"), would set forth a plan to not only expand the US Navy (as I have shared) but also to make organizational changes to the bureaucracy and introducing innovations like the ironclad. Part of the changes to the naval bureaucracy included the retiring of many older officers as well as setting up nine ranks for the line officers.


The Part of the US Navy


The navy played a part in the Anaconda Plan of General Winfield Scott as well as in the attempt to gain control of the Mississippi River. There were also a number of joint Army-Navy operations, the safeguarding of the Northern communication lines, and providing fire power when possible for Union landing forces. 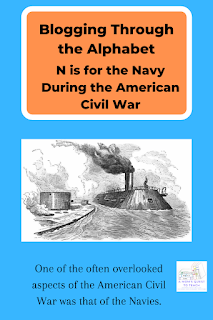 On April 19, 1861, President Lincoln proclaimed a blockade of all Confederate ports. With 3,500 miles of coastline to patrol, the blockade of the Confederacy was a very daunting task. But they were quite successful at limiting the munitions, arms, clothing, medicine, and food going in and out of the Confederacy. The Union captured or destroyed 1,500 blockade runners during the American Civil War.  It may sound exciting but in fact the real enemy of those on blockade duty was boredom. The crews might have gone weeks without seeing any ships as they patrolled. So why did they do it? What kept the men going? Fortune! "Only the chance to strike it rich kept blockade sailors sane and alert," James McPherson shares in the Battle Cry of Freedom. The crew would get to split half of what was seized while the United States government would get the other half. Even though the Union was not able to completely block all the ports, they did have 500 Union vessels blockading the Confederate ports by 1864.


At the start of the American Civil War, the Confederacy had no navy. There were very few men who resigned their position in the US Navy (only 237 resigned and left the Union). And joining the Navy was never a tradition in the south. The South also lacked shipyards but they did inherit the United States Naval facilities at New Orleans, Pensacola, and Norfolk as well as captured the U.S.S. Merrimack which they renamed the C.S.S. Virginia and turned it into an ironclad. And even though they had access to the Naval facilities, they soon were recaptured by the North by 1862.

Even though there was little Naval tradition in the South, they set about to build ironclads and worked on other innovations. They built naval "torpedoes" or mines to protect the Confederate harbors and rivers. They also built the first successful submarine – the Hunley. On February 17, 1864, the third crew of the Hunley targeted the U.S.S. Housatonic and sank the steam sloop. Unfortunately, the Hunley sunk on this voyage. 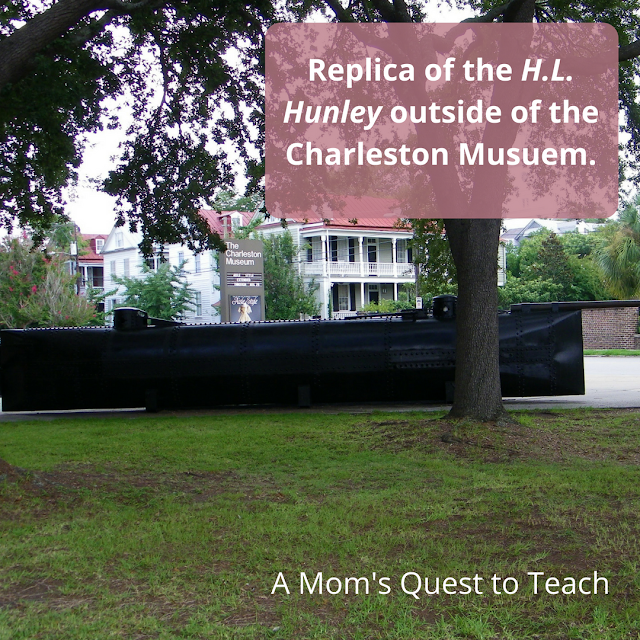 Many Roles in the American Civil War


In addition to these details about both the Union and the Confederacy Navies, one could read about Union successes at Ship Island and Port Royal, the fight between the Merrimack (C.S.S. Virginia) and the Monitor, the taking of New Orleans, and Admiral David Farragut at Mobile Bay. The Union Navy played an integral part in the Union war effort.

Blogging Through the Alphabet

You are invited to the Inlinkz link party!
Click here to enter
Posted by Kristen of A Mom's Quest to Teach at 1:11 PM