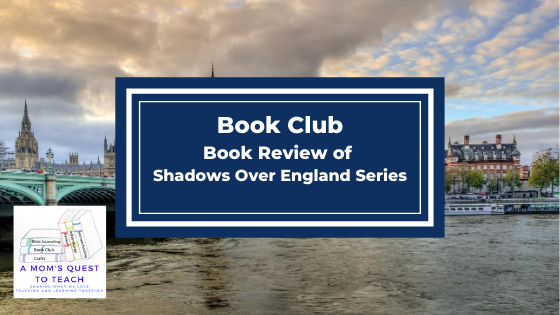 
After having read and reviewed The Number of Love by Roseanna M. White, I was happy to see other books by her on Hoopla for me to read this summer. I decided upon reading the Shadows Over England series which consists of three books that focus on the lives of a group of London thieves who have joined together to form their own family. With Barclay Pearce as the older brother, the family consists of a number of grown women, teens, and several children. They all take care of each other and live the idea that they will not steal from those who are less fortunate than themselves.

At the heart of each story is an ex-thief working to find something to help Britain before and during World War I. And don't forget the romance! 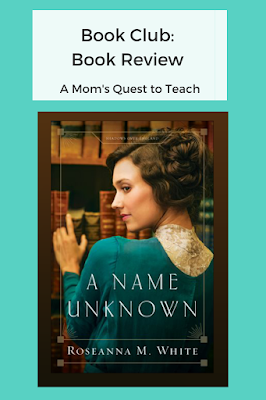 
In the first book in the series, we are introduced to this family through Rosemary Gresham. She finds a new job for herself that takes her off the streets of London in A Name Unknown. She is employed by a representative of the British government, Mr. V, to spy upon Peter Holstein and discover whether or not he is loyal to Germany or England.

In order to get inside Peter's estate in the country, Rosemary poses as a librarian to help Peter gain control over his father's library. While cataloging and organizing the books, she seeks information to discover where her employer's loyalties lie for Mr. V. She looks for documentation for Peter as well. During this time, she finds herself uncovering secrets and trying to solve puzzles like just what does Peter keep locked in his desk drawer?


Willa Forsythe is at the center of the second book in the series – A Song Unheard. Willa is 'sister' to Rosemary. With Rosemary's marriage to Peter, Willa takes on a job of Mr. V's to steal a cipher from a famous Belgian violinist, Lukas De Wile, who is seeking refuge in Wales after his country was invaded by the Germans.

During the time that Willa is attempting to get closer to Lukas to find out the whereabouts of the cipher, we see Willa growing as a musician and as a child of God. Lukas offers her musical lessons – something she has never had before in her life. She came naturally to playing the violin after she discovered a battered, used violin. Lukas helps her refine her skills while she attempts to discover his secrets. 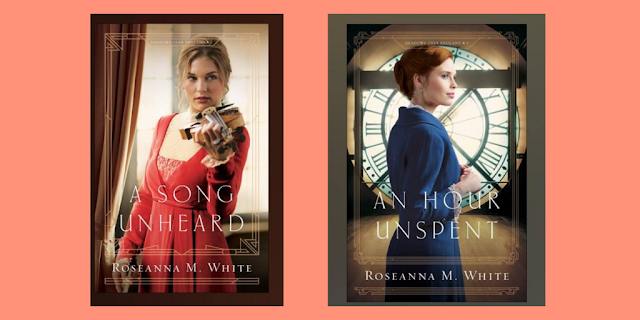 
We finally get to learn more about Barclay Pearce, who is the eldest brother of the 'gang' of thieves. In An Hour Unspent, we find out that the family of thieves has gone clean and only works for Mr. V. In fact, Barclay reports regularly to the British military offices to meet with various members of the military and perform jobs only he can get done.

In the third book, Mr. V tasks Barclay with finding something that might help the British military get an edge over the Germans on the battlefield. Barclay has to become close to a clockmaker to seek this new technology. He ends up falling in love with the clockmaker's daughter – Evelina Manning. We also learn more about Barclay's biological family in this story.

All three books in the Shadows Over England series could be enjoyed independently of each other but I would recommend reading them in order. I was delighted in learning more about each character in succession. Woven into the fabric of each story is the power of Christianity in the lives of the characters. In A Name Unknown, we see how Peter's love and trust of God help influence Rosemary. Her new faith, in turn, influences the other members of her family little by little. If I had to pick one as my favorite, I think I would pick An Hour Unspent.

A Name Unknown is being included in my AtoZ Reading Challenge for 2020.