Blogging Through the Alphabet: F is for Fort Sumter 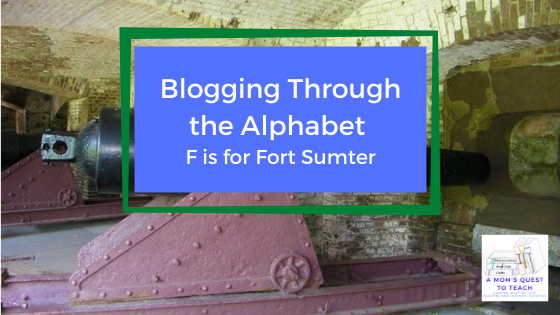 "Fort Sumter had become a commanding symbol of national sovereignty in the very cradle of secession, a symbol that the Confederate government could not tolerate if it wished to own sovereignty to be recognized by the world" (Battle Cry of Freedom, 263).

While Lincoln was preparing his Inaugural address, seven states were seceding and seizing federal property. Only two properties were left in the South – Fort Pickens in the Florida Keys and Fort Sumter in the Charleston Harbor in South Carolina. How would President Lincoln respond to the South?

Fort Sumter is four miles from downtown Charleston with brick walls forty feet high that were eight to twelve feet thick. When Lincoln took office, there was only a handful of men at the Fort - the workers who were finishing repairs. The rest of the Federal army was at Fort Moultrie, commanded by Major Robert Anderson from Kentucky. Even though Anderson had been a former slave owner, he was loyal to the US and would be a key figure in the events that would take place at Fort Sumter.

Under the cover of darkness, Major Anderson moved his men to Fort Sumter on December 26. As supplies were dwindling, General-in-Chief Scott sent supplies to Fort Sumter on a civilian ship but the ship was forced back in the Charleston harbor. After this, things remained at a standstill. The South was willing to let the men stay at Fort Sumter but as long as the US government did not reinforce it. 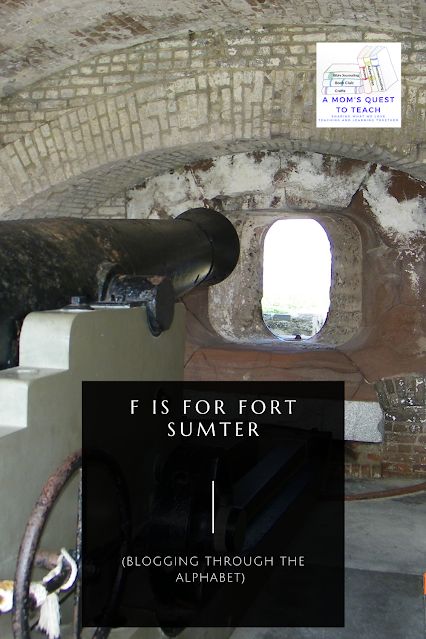 On March 5, Lincoln learned that Fort Sumter was running low on supplies. There were two choices left to Lincoln. He could either use the available military strength to send supplies and reinforcements to Fort Sumter – and risk the start of a war, or he could keep the peace for longer by withdrawing the troops at Fort Sumter. While peace would be promoted with the South, not supporting Major Anderson could result in a split in his own Republican party. Lincoln did not have to make the decision immediately, as there were about six weeks before Anderson and his men would face starvation.

While the members of the Lincoln administration struggled with their opinion of whether or not they should withdraw Anderson or reinforce him, the public also shared their opinions in the press. While men like General Scott argued for the evacuation of the forts (Fort Sumter and Fort Pickens), the northern press pushed for reinforcement at all costs as well as the necessity to have a policy in place.

Getting Ready to Send Supplies

It was decided to send just supplies to Fort Sumter under a peaceful expedition. It was believed that if the South fired upon boats carrying food for starving men, they would look like the aggressors. On April 6, Lincoln sent a message to the Governor of South Carolina that there would be a peaceful attempt to provide provisions for Fort Sumter. If nothing was done to stop the delivery, only food would be sent to Fort Sumter. If there was an attack, then the Fort would receive men, arms, and ammunition.

This decision put the President of the Confederacy – Jefferson Davis – in an interesting situation. If he didn't order an attack on the resupply ships, then he would be seen as weak by members of his government. He needed to do something to be seen as a strong leader. Even though the Southern states had seceded, they were not all in agreement about how to approach the new government. So...war or peace?

When not closed, you can visit Fort Sumter via a Ferry you catch in the Charleston Harbor. There is a museum on-site and a gift shop. You can also visit Fort Moultrie when it is open to see where Major Anderson and the men were stationed prior to moving to the island. 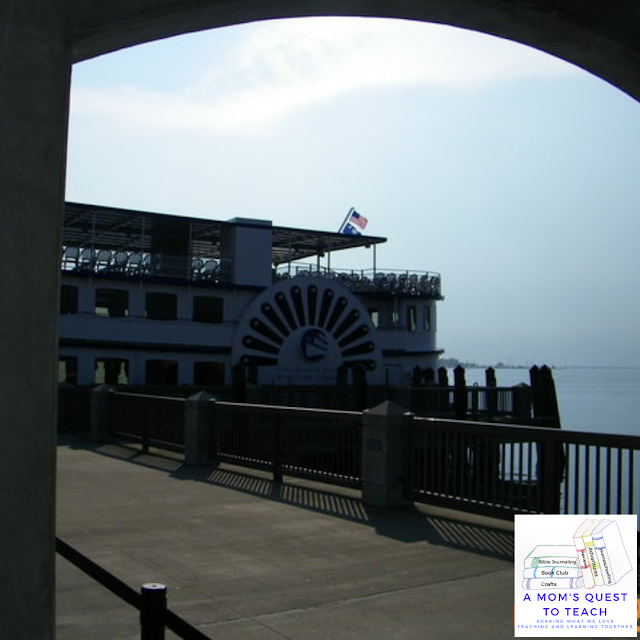 If you want to join Blogging Through the Alphabet, please visit:
Desiree @ Our Homeschool Notebook
Chareen @ Every Bed of Roses
Posted by Kristen of A Mom's Quest to Teach at 9:57 AM