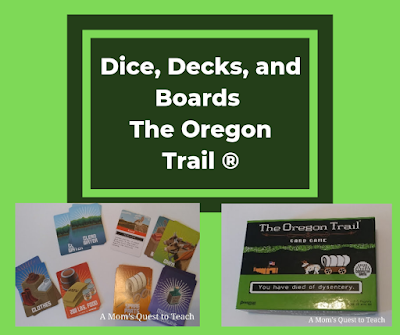 "You have died of dysentery." 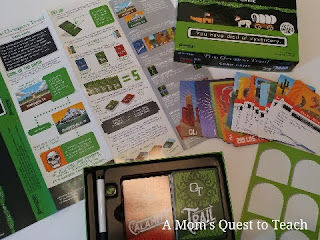 This Target exclusive is based upon the classic computer game that was first produced in 1974. While many may remember playing the original computer game by themselves or in small groups huddled around a desktop computer, this card game is for two to six players ages 12+. The card game includes 58 trail cards, 32 calamity cards, 26 supply cards, 1 laminated wagon party roster, 1 erasable marker, 1 die, and illustrated instructions. 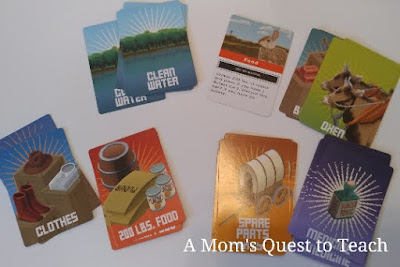 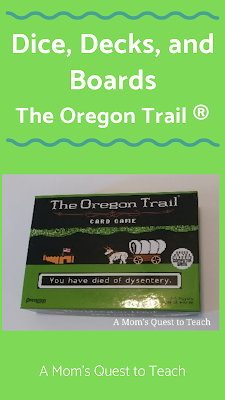 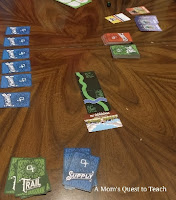 In The Oregon Trail ® card game, your goal is to have one member of the wagon party survive the journey from Independence, Missouri and reach Willamette Valley, Oregon alive.  Everyone in the collaborative game works together to build the trail which has a number of rivers to ford and obstacles to overcome.

I think the most difficult part of the game occurred when we were down to only three players but no one had trail cards that match up to the previous trail. We made very little progress as we had to keep picking up new trail cards until we got one that matched.

One member of our party made it across the 2,040 mile trail to reach Willamette Valley, Oregon while the rest of us succumbed to disease and snake bites.
I would recommend this card game to families with older children and teens. I think the best way to boost your odds to win the game is to have a large wagon party so you can overcome the calamities and reach Oregon.

Want to learn more about the Oregon Trail?  Take a look at some of these sites.

You can also read more about the Oregon Trail here! 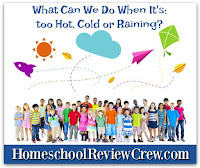