Y is for Yes...not really (Blogging through the Alphabet) 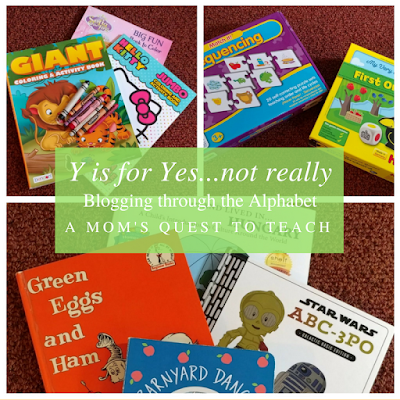 We have been allowing our two younger children to spend more time using a tablet and to play on their brother's old V-Smile – and we even set up an account on the Xbox One for our younger son so he could play Minecraft with his big brother. I think all these "Yeses" to technology is backfiring this week.

Over the past few months, our younger children have been watching less and less television by their own choice. Mostly we watch kids shows on PBS, Disney Junior, and Baby First. So when we watch TV, my husband and I restrict what shows they were and were not allowed to watch. So saying, "Yes" to watching TV was okay when they asked to watch Daniel Tiger, Mickey Mouse Clubhouse, or Color Crew.

We have been transitioning from them saying "No" to TV and "Yes" to toys, games, books, coloring, etc. during the daytime. This made me very happy. I had no problem playing music while we went about our day. At lunch, we might say "Yes" to watching some videos on the tablet from Jelly Telly like "Aardvark to Zucchini" or "Veggie Tales."

But I have found that I have become a "No" parent of late... 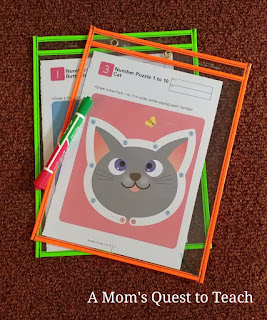 "No, you can't play on the blue tablet."

I want to be able to say "Yes." I can't wait till this season in their lives changes and we go back to saying "YES!" to their requests.

"Yes, you can take out the crayons."

"Yes, we can play that board game."

"Yes, we can work on your workbook now." 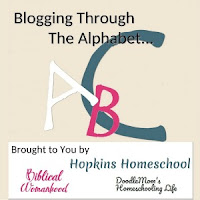