Book Club: Book Review of At the Wolf's Table 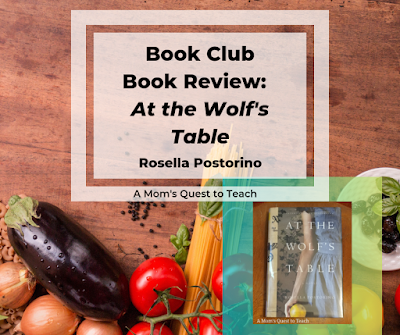 When I am at the library, I sometimes peruse the 'new book' shelves in the front. I spied At the Wolf's Table: A Novel by Rosella Postorino and picked it up. My initial reason for checking the book out was because it appeared to be a historical novel with World War II as the setting. I really enjoy historical fiction and non-fiction. So I was hoping this would be of interest.

"They called it the Wolfsschanze, the Wolf’s Lair. “Wolf” was his nickname. As hapless as Little Red Riding Hood, I had ended up in his belly. A legion of hunters was out looking for him, and to get him in their grips they would gladly slay me as well." (quote from book jacket) 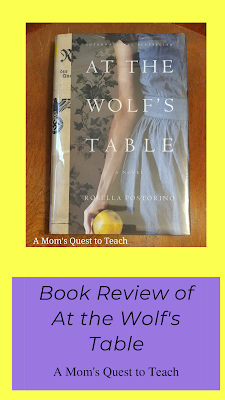 The main character of the book – Rosa Sauer – is a taste tester for Adolf Hitler. She, along with nine other women, taste the food prepared for Hitler to ensure they are not poisoned. These women do not necessarily get along and part of the book examines the tension between Rosa (who is from Berlin) and the women from the village.

Rosa left Berlin after the death of her mother. While her husband was serving in the German army, she lived with his parents in Gross-Partsch. Joseph and Herta were depicted almost as the typical in-laws – loving, kind, and eager to see their son.

The idea behind the story is that of Margot Wölk, who was the last living taste-tester of Hitler. At the age of 96 she decided to tell people of her experiences. Postorino heard of her and wanted to learn more about Wolk and her experience but she died before Postorino had the chance to speak with her.

I found the book to be interesting. There were details regarding living in Germany during World War II that helped bring the story to life such as the bombing of Berlin, the lack of food, and the missing men from the cities, towns, and villages.

At some points I did find the description to be beyond what I would ordinarily enjoy. There were quite a few scenes describing the sexual relationship between Rosa and another character. These were not necessarily as explicit as a romance novel but still a bit more than I wished to read in a historical fiction.

Another key event that tied the entire book to real events was that of the attempting bombing of Hitler with a briefcase. The event was discussed as it impacted the lives of those Rosa had come to know.

Would I recommend At the Wolf's Table? With caution as I do not think all my readers would enjoy reading about sexual situations or maybe even the harsh realities of life during war-torn Germany. I am happy that I picked up the book as it introduced me to a new area of history.

From books set during World War I to books that travel back and forth in time, I have reviewed a number of historical fiction on A Mom's Quest to Teach. 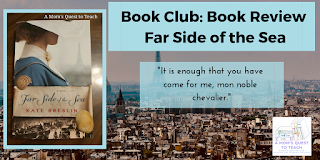 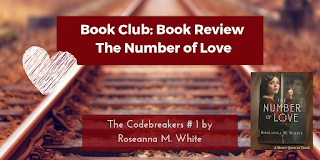