W is for War of 1812 (Blogging Through the Alphabet) 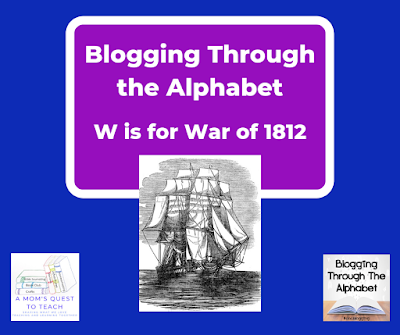 Often called The Second War for Independence, the War of 1812 is an event that needs to be seen in relation to events happening worldwide during its time period—after the French Revolution and into the 1800s. In fact, it has been said that "The War of 1812 was a direct outgrowth of the Napoleonic Wars" (Don't Give Up the Ship, 6). But what were the causes of the War of 1812? Why did our new nation decide to fight Great Britain a second time? 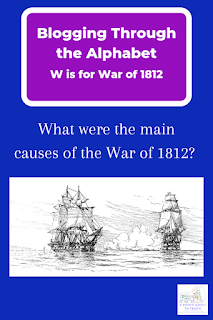 With the outbreak of the French Revolution in 1789, the Reign of Terror, the French Revolutionary Wars, and then the Napoleonic Wars, European nations were in an almost constant state of warfare with lots of bloodshed. In order for Great Britain to achieve its goals, they wished to maintain supremacy over the high seas. The success of the Royal Navy led to tensions with the United States merchant ships. Prior to the War of 1812, Great Britain had faced huge human and financial costs for waging wars for almost 20 years in Europe with France.

There were several actions taken by the young American government that impacted our relations with European nations. In 1793, the Neutrality Proclamation was issued and, in 1794, the Neutrality Act was issued which prohibited American citizens from participating in European wars. In 1794, the Jay Treaty set forth trade agreements with Great Britain. This treaty upset France, led to the XYZ affair (a Quasi-War), and caused France to try to prevent Great Britain from trading with Continental Europe. 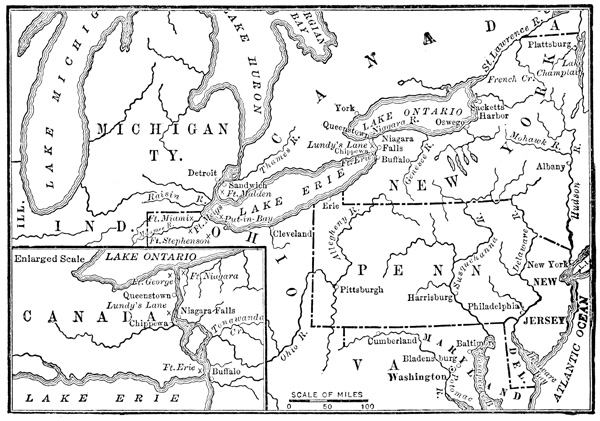 
There were a number of actions and events that increased tensions between the United States and Great Britain. These include: impressment, Indian-American relations in the Old Northwest, and the Chesapeake Affair.


One of the big maritime issues often cited as a leading cause of the War of 1812 was the impressment of American seamen. These men were removed from American merchant ships to serve in the Royal Navy of Great Britain. The Royal Navy had difficulty in finding men to serve because the work was dangerous, pay was low, and the men would be moved from ship to ship with (usually) no leave. Basically, there was no end to their service. So with the lack of volunteers, the Royal Navy utilized impressment as the means to staff their ships.


Another cause cited by historians for the War of 1812 was that of Indian warfare and violence in the Old Northwest (modern-day states of Ohio, Indiana, Illinois, Michigan, and Wisconsin). While the British had close relations with the Native Americans on both sides of the border (America and Canada), they in no way controlled the Indians. They supplied the Indians with supplies and weapons and the discovery of British weapons in the hands of the Native Americans often led Americans to blame the British for inciting violence. Indians (like the Potowatomis, Sauks, and Kickapoos) had their own agenda. 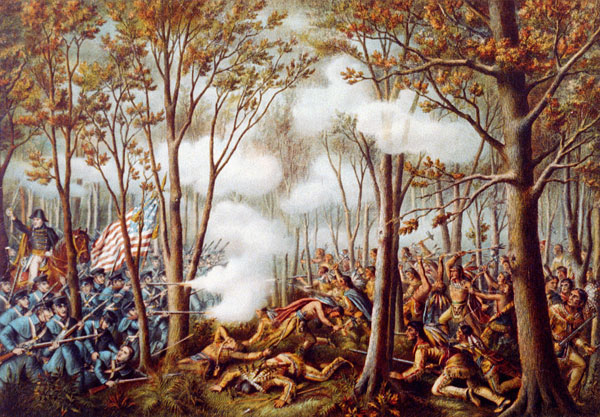 The Battle of Tippecanoe (which happened seven months prior to the start of the War of 1812 but is often included as part of the War) helped to cement the idea that there was an Anglo-Indian alliance. During this battle (which helped propel William Henry Harrison into the limelight), Indians were armed with British weapons. 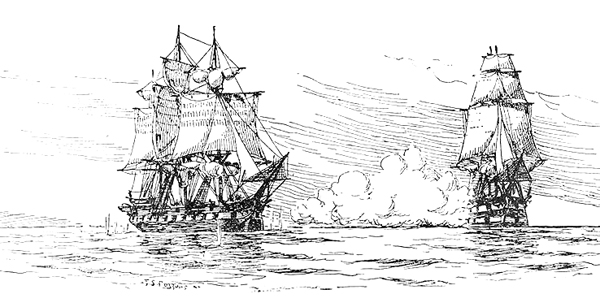 
On June 22, 1807, H.M. ship Leopard demanded to search the U.S. frigate Chesapeake for four deserters from the Royal Navy. When the Chesapeake refused, the Leopard fired upon the American ship. The Chesapeake suffered three deaths, wounding of 16, and the British removed the deserters (three of the men were American citizens who had been impressed into the Royal Navy). This action and the continued impressment was seen as one of the main causes of tension.


What about other reasons? Was the war about land? Some historians have argued that America wanted to conquer Canadian land. The War of 1812 was probably not about land conquest. Without the maritime issues, it is unlikely that America would declare war just to annex Canadian territory. Was it about protecting the national honor of America? In Don't Give Up the Ship, author Donald R. Hickey writes that it may or may not have been fought to uphold national honor. As "honor is an elusive and abstract entity," it is difficult to pinpoint honor as the main cause of the war. Were Americans upset about impressment and the loss of commerce? Yes, but these were just two of a number of factors.


Join Blogging Through the Alphabet