T is for Trumbull (Blogging Through the Alphabet) 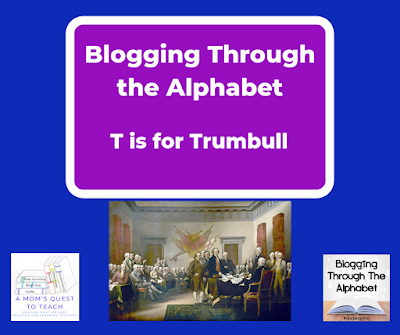 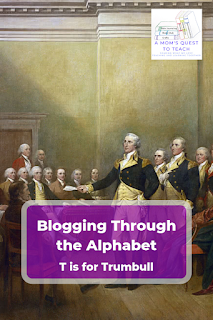 John Trumbull is an important early American artist best known for his portraits of leaders and events of the American Revolution. Born in Connecticut in 1756 to a prosperous family (his father, Jonathan Trumbull, was to be governor of Connecticut one day), he would graduate from Harvard College in 1773 and then join the Connecticut First Regiment. He served briefly as an officer and aide-de-camp for General Washington during the Revolutionary War. He would use these experiences to help him in painting important works of art for the Capitol Rotunda to depict events before, during, and after the Revolutionary War.

After resigning his commission in 1777, he traveled to England to study with Benjamin West, painter of history. He traveled through Europe visiting France, Germany, and the Low Countries studying art, painting and sketching places and portraits, and viewing artist collections. Trumbull returned to America in 1789 and traveled the East Coast, painting more historical portraits. He was friends with Thomas Jefferson, John Adams, and other political figures of the day which helped aid him in art.

He held diplomatic posts from 1794 until 1804 and traveled back and forth between America and England. Trumbull returned to America again in 1817 and accepted a commission to paint the four large pieces for the Capitol Rotunda:

The paintings were installed in the Capitol Rotunda in 1826. 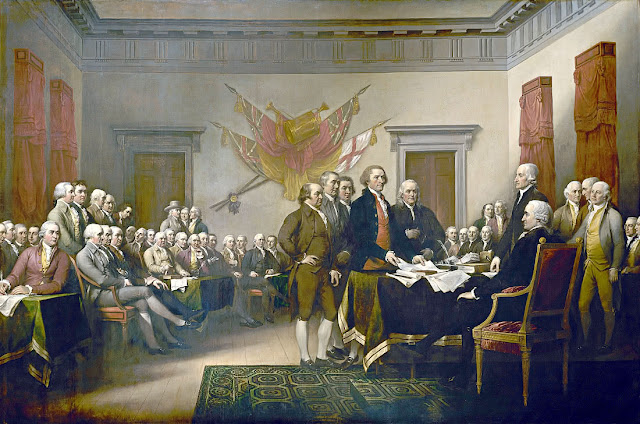 The Declaration of Independence shows the events of June 28, 1776 when the first draft of the Declaration was presented to the Continental Congress in Philadelphia, PA. Thomas Jefferson, along with the other writers of the Declaration – John Adams, Roger Sherman, Robert Livingston, and Benjamin Franklin, present it to the president of the Congress, John Hancock.

Trumbull did not set out to create a historically accurate painting but instead to paint one in which he could preserve the image of the founders including those who were not at the signing. Forty-seven individuals were depicted (42 of the 55 signers and 5 patriots) and these were chosen because he had reliable sources for their likenesses - either from real life or from portraits. 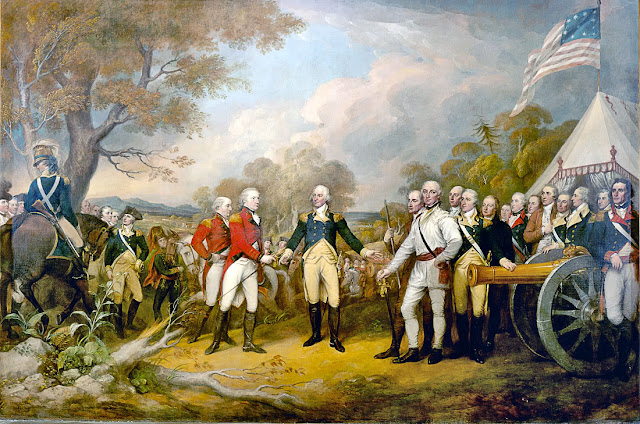 In the Surrender of General Burgoyne, Trumbull depicts the events of October 17, 1777. The surrender of Burgoyne to General Horatio Gates took place after the Battle of Saratoga. This was a turning point in the history of the American Revolution because it was one of the factors that led France to joining the side of the Colonies.

The painting shows Gates refusing to accept Burgoyne's sword out of respect and directing him to the tent for refreshments. Atop the tent with refreshments was a large American flag. The weapons in the painting are sheathed or put aside and the cannon is silent. 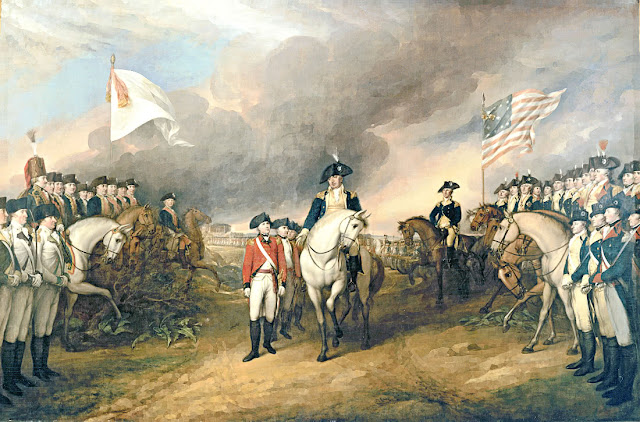 
In the Surrender of Lord Cornwallis, Trumbull painted General Benjamin Lincoln in the center between the French troops and American troops and accepting the sword of a British officer. General Washington is in the background because Cornwallis is not present for the surrender so the highest ranking official is not needed to accept the surrender. 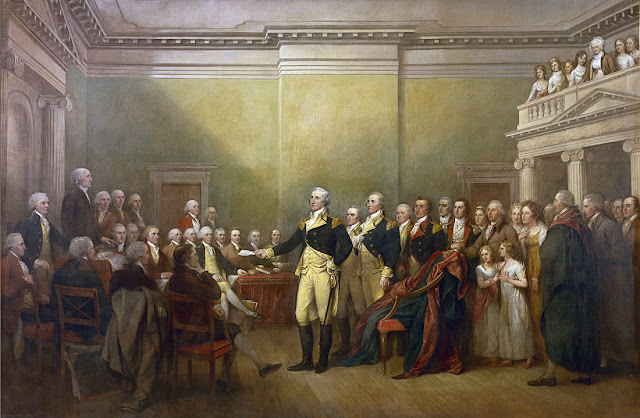 
In the final painting for the Rotunda that Trumbull completed, he paints the scene of December 23, 1783 that took place in the Maryland State House in Annapolis, MD. General George Washington resigned his commission of the Continental Congress to the president of the Congress, Thomas Mifflin. 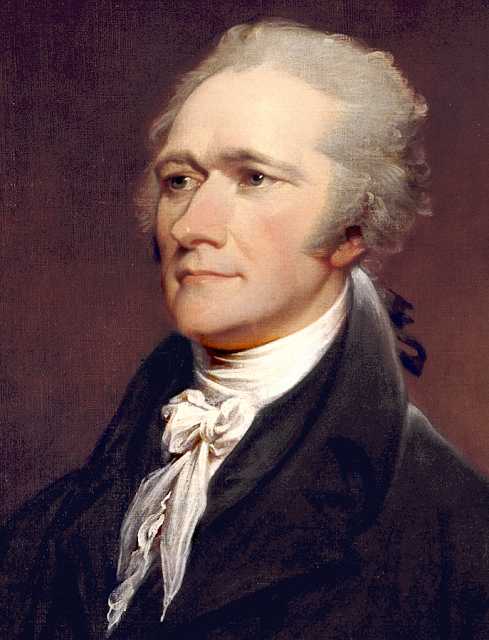 
Trumbull painted many portraits over his lifetime. He would continue to paint but did fall on some hard times. He presented his art collection to Yale University for an annuity in 1831. He lived to be 87-years-old and died on November 10, 1843. 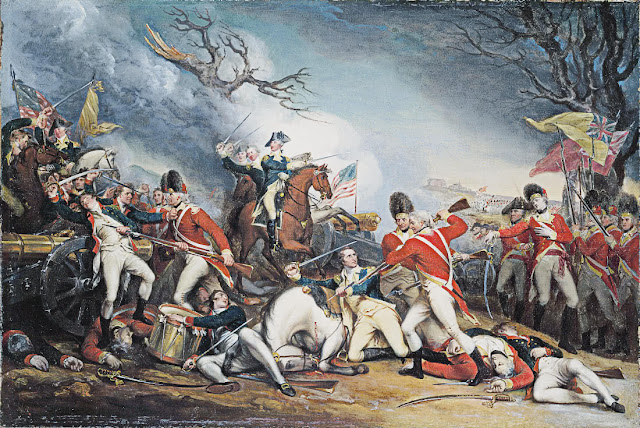 Note: Images are from WPClipart.com


Read about Yorktown, the Declaration of Independence, or George Washington at A Mom's Quest to Teach. 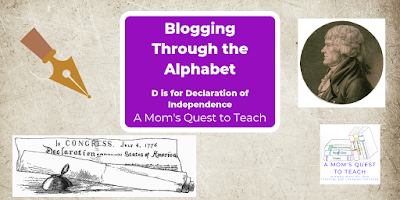 Blogging Through the Alphabet Link Up

You are invited to the Inlinkz link party!
Click here to enter
Posted by Kristen of A Mom's Quest to Teach at 12:59 PM