Y is for (Battles of) Ypres (Blogging Through the Alphabet) 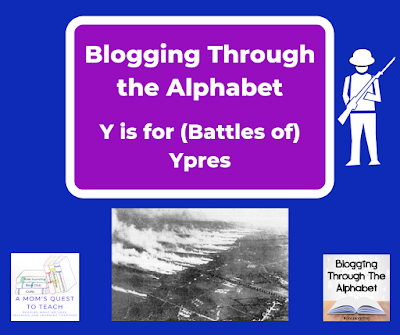 During World War I, three battles would be fought to control the Belgium city of Ypres. This was an important city to control due to its location in West Flanders and its guarding of the port cities leading to the English Channel. Belgium's neutrality was guaranteed by Great Britain so the German invasion of Belgium brought Great Britain into the First World War. Germany saw the invasion and control of Ypres as central to their Schlieffen Plan.


The first Battle of Ypres took place October 8 to November 22, 1914. The battle would be part of the race to the sea by the Germans. 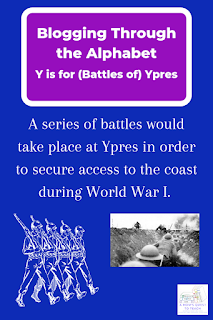 The commanders of the Allied forces did not fully see what was happening during this battle. For example, on October 20, the French believed they were attacking when they were actually hardly holding ground. The next day, aware of the danger of losing the area so important to protecting the port, the French ordered the men to entrench.  The Germans would also dig a system of trenches. It has been suggested that the trench warfare of World War I began at Ypres.

Winter would force the conclusion of the battle. Overall there wasn't a lot of advancement from either side but the Allied forces did prevent the Germans from accessing the French ports in Calais and Dunkirk through Belgium. 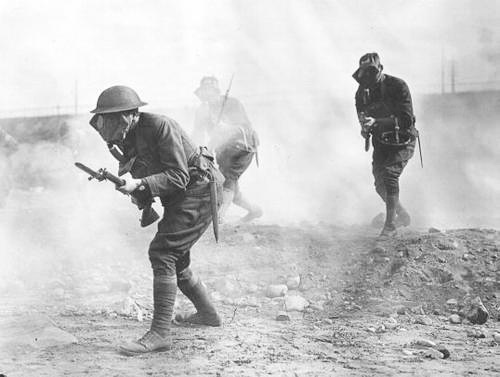 
The Germans used poison gas – chlorine –  for the first time in the opening of the second battle of Ypres on April 22, 1915. Surprising the Allies with the use of gas did not necessarily give the Germans an advantage. However, they were able to push forward in this early battle known as the Battle of Gravenstafel Ridge.

There would be a series of four battles that comprised the Second Battle of Ypres. There was no significant loss or gain for either side as the British occupied the trenches built by the French to defend themselves from the Germans' attacks.


The largest battle to take place at this site during World War I, started on July 31, 1917. The battle was also known as the Battle of Passchendaele (because the Allied forces recaptured the Passchendaele Ridge east of the city). With horrible weather, the battlefield turned into a mucky, muddy field. In three months time, the Allied forces would only advance 6 miles.

The third battle of Ypres would also cost nearly half a million casualties: 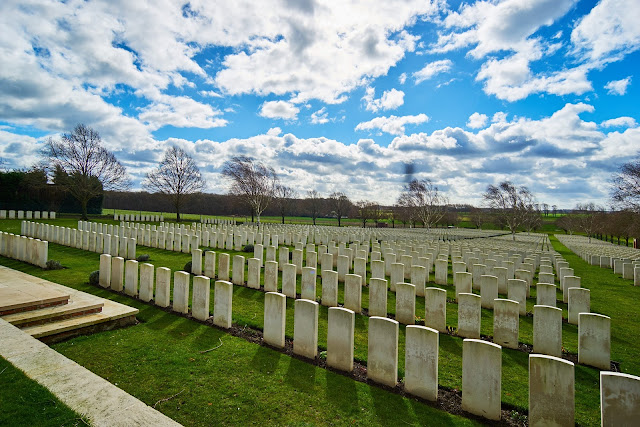 
Do You Want to Join Blogging Through the Alphabet?

You are invited to the Inlinkz link party!
Click here to enter
Posted by Kristen of A Mom's Quest to Teach at 11:45 AM