X is for.... (Blogging Through the Alphabet) 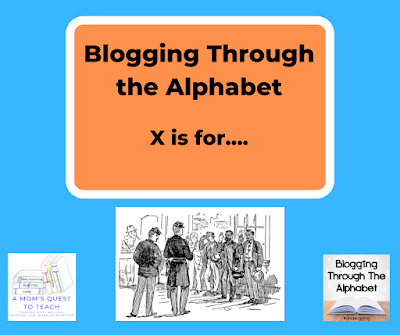 
While writing my Blogging Through the Alphabet series on the American Civil War, I have been dreading this letter, the letter X. Just what could I write about that was still related to my topic of choice? When I was doing some research, I discovered at least two potential topics. I could write about Xanthorrhiza or one of the many Corps in either the Union or Confederate Armies that started with the Roman Numeral for 10 – X. This post will be shorter than my other ones on the American Civil War but here is what I have learned. 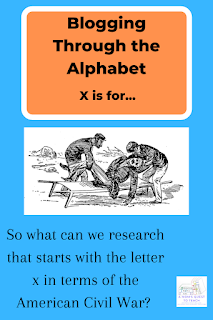 As I have shared in previous posts, the life of an American Civil War soldier was rife with danger and they didn't necessarily have the best medical supplies or hospitals to help take care of their wounds and injuries. During the Civil War, Xanthorrhiza was patented. It is the pharmaceutical name for medication made using the root of the Xanthorrhiza apiifolia which is also known as yellow root. It had been used by Native Americans in a tea to treat stomach ulcers, colds, and other things. And in the Southern part of the United States it was used as a folk remedy.

The form used during the Civil War was first introduced in 1862 by two different individuals at two different times: Mr. G. Dyson Perrins and Mr. William S. Merrell. The version they were examining both contained berberine which was part of the yellow root and was also used in medicine (and dyeing).

When administering it to patients during the Civil War, it was given as either a powder or in a liquid form mixed with alcohol to hide its bitter taste. This tonic was given for battlefield wounds, infections, and other injuries. 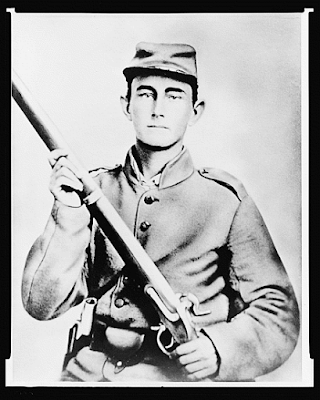 
When reading about the different corps during the American Civil War, you might see the names written either in numeral form (14), word (Fourteenth), or Roman numeral (XIV).  If you are using The War of the Rebellion: a Compilation of the Official Records of the Union and Confederate Armies, you will come across the Union referring to their Army Corps by the Roman numeral and the Confederate Corps by the names of the commanders (such as Jackson's Corps). It is important to be familiar with both in your studies of the American Civil War.


There is so much to learn about the American Civil War. From studying the people who led the United States like Abraham Lincoln or the people who led the Confederate Army, there are a multitude of biographies available. In addition to studying individuals, you can also study entire groups of men serving or the places that were integral to the battles. What area have you enjoyed learning the most about during the series so far?

You are invited to the Inlinkz link party!
Click here to enter
Posted by Kristen of A Mom's Quest to Teach at 10:57 AM