Studying One Hero at a Time: Christian Heroes: Then & Now, C.S. Lewis Review 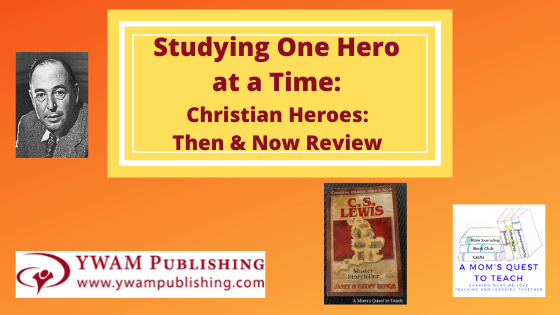 Disclaimer: I received a FREE copy of this product through the HOMESCHOOL REVIEW CREW in exchange for my honest review. I was not required to write a positive review nor was I compensated in any other way.

History can be taught in a great number of ways and I love using the books from YWAM Publishing to learn more about individuals from various periods of history. From reading about Christian missionaries like Elisabeth Eliot or early leaders of America like William Penn, YWAM Publishing offers two lines of great books for your homeschool: Christian Heroes: Then & Now and Heroes of History. As we have reviewed two books from the Heroes of History line, I chose to review C. S. Lewis: Master Storyteller by Janet and Geoff Benge this time in our homeschool from the Christian Heroes: Then & Now line of books. And we were also lucky enough to receive digital access to the unit study based on our book.

Our teenage son has been reading works by J.R.R. Tolkien for his language arts course so I thought that reading a biography about C.S. Lewis would fit in nicely with our homeschooling plan for this year as the two men had been friends. And even though he is at the high end of the target range of the books (they are written for 10 and up), I knew he would enjoy reading this biography as he really liked the ones he read previously. And we were able to use a bit more of the work from the unit study this year than we have in past years. 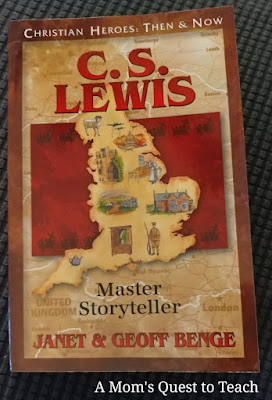 
The Lewis book is different from the others in the series as they are normally written from the subject's perspective. This book is written with an omniscient narrator which does make it easier to tell the story of C.S. Lewis.

The story follows the life of C.S. Lewis – called Jack at his insistence since he was two years old – providing a peek into his early childhood (playing with his brother in their attic and creating imaginary kingdoms), his service during World War I and friendship with Paddy Moore (which led to his promise to take care of Paddy's sister and mother if anything happened to Paddy), his return to the Christian faith (aided by his friends and fellow authors), the writing process for many of his books, his relationship with Joy Gresham, and more details are provided about his life in this paperback volume.

About the Unit Study


If you have never used a Unit Study from YWAM Publishing to go along with either their Christian Heroes: Then & Now series or their Heroes of History series, you will probably find the instructions for using the unit study either in the classroom & home or in small groups very helpful. These digital guides give you an overview of the series and how to use them in different settings. From tips and tricks on working students of varying ability levels to how to accomplish the activities in the small group if you don't plan on giving homework, these two guides will help you get started. 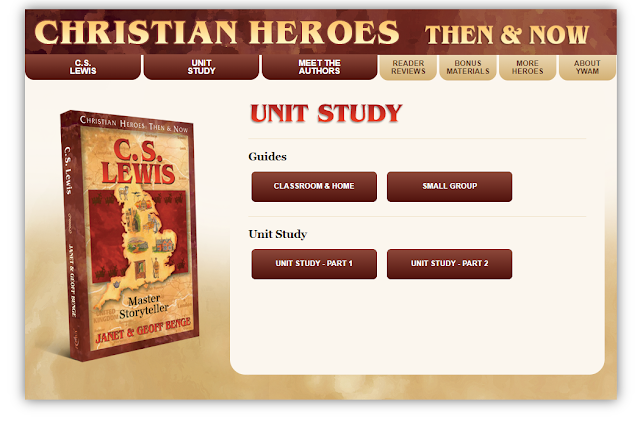 The Unit Study is broken into two parts: Part One is the main curriculum guide and Part Two contains a fact sheet and maps for your child or student to fill out. You can use both parts in their entirety or bits and pieces, which makes this a very flexible curriculum. 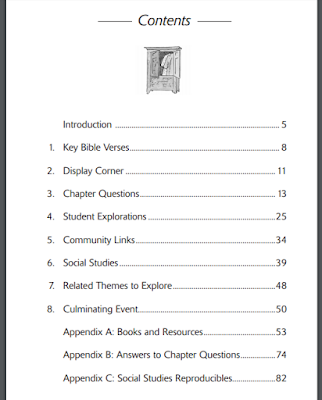 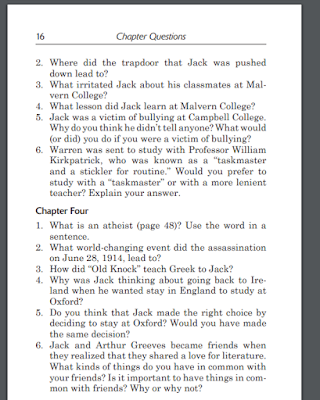 We did gather together all the copies of C.S. Lewis that we had in the house as suggested in the chapter entitled Display Corner. It is also suggested to gather some of the books that Jack may have read as a child, images of some of the events described in the books (such as photos of London during the blackouts during World War II), and examples of Greek and Latin writing.

The book would fit nicely into both a literature and a history course where children could explore the works mentioned in the book and the topics mentioned in the Unit Study. If you were studying geography you could use the pages which discuss places and some of the activities suggested (one being calculating the location of the places in the book to each other). There is also a list of vocabulary which would be useful for middle school students to study.

I think this is a perfect Unit Study to use while studying about World War I and World War II. One of the project suggestions is to make a diorama of a trench like Lewis might have fought in during WWI. You can also recreate the radio broadcasts that Lewis gave during WWII. 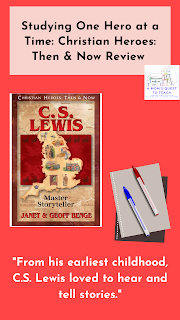 Both my husband and I read Master Storyteller prior to handing it off to our son to read for his English course. Our son will be finishing the book this week as part of his homeschooling studies.

I have had little interaction with C.S. Lewis prior to reading this biography. I have watched movie versions of The Lion, the Witch, and the Wardrobe and a biopic of his life from the 1990s. So, most of the information in Master Storyteller was brand new to me. As I was reading the book, I wanted to learn more and more about the life of Lewis. With the mention of each book that influenced Lewis or that he or his friends' wrote, I wanted to add them to my to-read list. I am now interested in reading Spirits of Bondage, The Everlasting Man, The Pilgrim's Regress, The Problem of Pain, and The Screwtape Letters to name a few. Personally, I think that is a sign of a quality book – one that encourages the reader to read more about the subject or by the subject. I also found myself wanting to know more about Lewis' relationship with Janice Moore. Just why was he so willing to take care of her even to the detriment of his own health and work?

My husband says C.S. Lewis is most probably his favorite author. Both Lewis' fiction and non-fiction have inspired my husband in his spiritual walk. The Screwtape Letters was his first read of Lewis' works. A Grief Observed assisted my husband in his grieving when his first wife died. He has enjoyed The Chronicles of Narnia in its 1979 BBC movie format since he was a kid (before reading the series entirely in his 30s) and finished the "Space Trilogy" just this year. Lewis' apologetics have bolstered his faith since he first read Mere Christianity in the 1990s. He said reading this biography was a thrill because he felt he really got to know Jack as a person after knowing him so long via his writing. He gave the book a 5-star rating on Goodreads.com, read That Hideous Strength right after Master Storyteller, and now wants to read The Most Reluctant Convert – another C.S. Lewis biography. Though written for a younger readership, my husband says this biography would meet Lewis' standards, as Lewis once wrote (in his essay, On Three Ways of Writing for Children), "...A children’s story which is enjoyed only by children is a bad children’s story."

Our son's thoughts: "I enjoyed the book a lot. I had previously read the book on Ronald Reagan as part of the Heroes of History series, which is also written by Janet and Geoff Benge. The way they tell the stories is helpful to understand the background behind some major historical figures, like C.S. Lewis. This book gave me an in-depth look at his whole life and its most important moments. I would probably recommend this to someone between the ages of 10-13, as it is easy for me to read."

"More than anything Jack tried to write so that anyone could understand what he wrote" – much like these books from YWAM Publishing. The books are written so that anyone can enjoy them and learn more about the men and women who are Christian Heroes and Heroes from History. In addition to reading excellent books, a portion of every sale goes towards mission programs in over 140 countries to help children and adults spread God's word.

There were many families who had the chance to read books from YWAM Publishing and use the unit studies in their homeschool. Please be sure to read their reviews, too!