Y is for Yancey (Blogging Through the Alphabet) 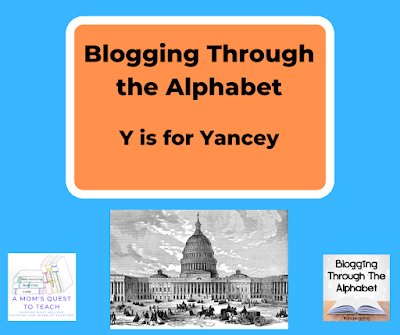 William Lowndes Yancey was a member of the U.S. House of Representatives (representing Alabama) from 1844-1846 and would become a Confederate State Senator from Alabama during the American Civil War. He was born on a plantation in Georgia in 1814 and his father died three years later. His mother would remarry and his step-father, Reverend Nathan Sydney Smith Beman, was a supporter of abolitionism and had made the acquaintance of several prominent abolitionists (Lyman Beecher and Theodore Dwight Ward). Yancey would eventually reject the ideas of his stepfather and support secession and the idea of keeping slavery in the South.

Yancey held many titles during his short life (he died when he was 48 years old) such as journalist, planter, orator, politician, diplomat, and secessionist. He was a member of the fire-eaters who were a group of pro-Slavery Southern Democrats who urged secession. They wanted to preserve the South even if it meant changing things politically in the United States. Fire-eaters spoke about whether or not remaining in the Union was a benefit to them (and their states) or not. 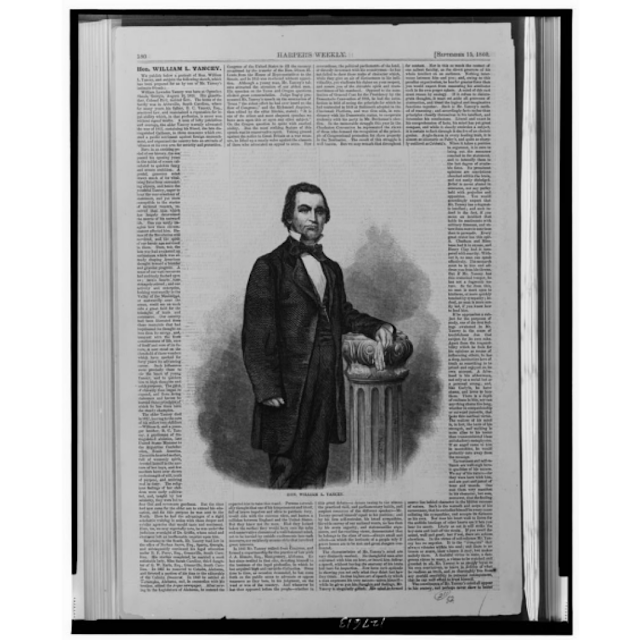 
Yancey was involved in lots of tension-filled moments such as Bleeding Kansas. Yancey supported a  group that wanted to send men, or committees of public safety, to Kansas to fight for the Southern interests in that territory.  He also praised the man, Preston Brooks, who attacked Charles Sumner in the United States Senate.  Yancey was not one to sit on the sidelines. He even went so far as to suggest that they should be allowed to continue buying slaves from Africa.

Yancey was ill off and on was not always to be actively involved in politics but he still did contribute articles to such conventions as the Southern Commercial Convention in Vicksburg in 1859. He then dramatically entered the scene with the Democratic convention in Charleston in April 1860. A proposal, by Yancey, to support slavery in the territories was voted down, it led to the walking out of delegates from six states and several delegates from two other states or 50 delegates in total. This split the Democratic Party. Eventually, they would nominate John C. Breckenridge and Yancey would go on tour speaking in his favor.

During the American Civil War 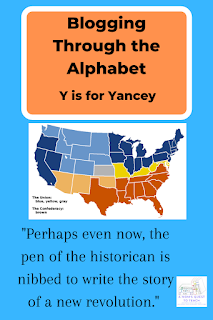 One of Yancey's positions during the Civil War was as a diplomat for the Confederacy. He was sent, as part of a three-man commission, to Europe to seek recognition of the Confederacy by such nations as Great Britain. Yancey would only be part of the overseas diplomacy from May to September 1861 as he would resign.

While serving in the Confederate Senate, things became heated and Yancey was attacked by Benjamin Hill of Georgia. The argument was over the creation of the Confederate States Supreme Court and Hill hit Yancey on the head with a glass inkstand. Yancey fell over the desk and was eventually censured by the Senate (even though he was not the aggressor).

Yancey returned to Alabama, in part due to the injury on the floor of the Confederate Senate, but continued to correspond with President Davis and others in the Confederate government. He died shortly after he returned home on July 27, 1863.  Even though he is not a very well known figure in the American Civil War, he was, as an accomplished public speaker, influential during the time.


You are invited to the Inlinkz link party!
Click here to enter
Posted by Kristen of A Mom's Quest to Teach at 11:15 AM